similar to gears 1 and 2 thread about this, what are your favorite things about gears 2? speaking very generally, it could be anything, a moment in the campaign, a memory playing it, a favorite map, a character skin, weapons, gameplay, etc, the things you like the most, remember the most or enjoy the most

mine are probably the beast mode, arcade campaign, horde 2.0 (although perhaps the following versions executed the idea better, it is still rewarding to play this version of horde, with all the fortifications, enemies, bosses, mutators, etc) , some characters that have not yet returned as such to 5 such as COG Gear, Gears 3 Onyx Guard, Hunter/Elite Hunter/Savage Hunter, the war journal with all its unlockable medals and badges. game modes that have not returned like CTL seemed interesting to me, Rainbow Skins, weapons like Vulcan, One Shot or Digger, 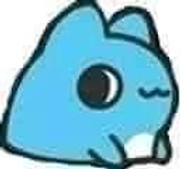 Guardian even though it didn’t come out until the last map pack.

OSOK even though it had cheese in the gamemode.

War Journal was awesome. I really want a Gears 3/Judgment style War Journal to come back in the next game.

Very good all around maps besides, you know, Overpass and Blood Drive.

Beast was cool for awhile but needed way more enemies to take control of and more Human enemy variety to fight.

Horde had awesome enemy variety that I hope will make it into the next game.

Campaign was sick. I didnt get to experience Dom’s death truly but I got to experience everything else for the first time. I really like the last act going under the Maelstrom and fighting inside it. (Would be an awesome map to play on)

I love the fast paced gameplay for versus. However, I wish it still had dedicated servers. Plus the retro lancer and sawed off should’ve been power weapons instead of loadout weapons. Other than that, I very much enjoy playing Gears of War 3 the most out of the trilogy.

Horde is fun to play too! So much variety of enemies to fight. What I miss the most are the bigger locust. Aka, (Elite) Boomers, Grinders, Butchers, Flame Boomers and (Elite) Maulers especially. I would love to fight Maulers in Gears 5 as cqc classes. They also just sound badass in general. BOOM! GRIND! HUNGER! BURN! CHARGE! CRUSH!

The campaign was an emotional roller coaster and an awesome campaign overall. Saving the best and most significant for last (totally not biased

), I love Gears of War 3 because of its introduction for my favorite video game character ever! Lovely Duchess, Aka, Samantha Byrne.

Imagine playing BM seeing these 2 coming at you and possibly taking their weapons.

I absolutely adore this game, still do. I remember playing the Beta on Thrashball and Old Town and totally being in love with it instantly. Coming fresh from Gears of War 2, the graphics were amazing, fresh and the faster, fluid movement was so damn satisfying.

Campaign was great. Initially I played twice it with 3 mates, once Normal and once on Insane, which was a great laugh! Great locations, new enemies and it was good to see how the story was continuing after Gears of War 2. I cannot put into words how mesmerising it was seeing the glorious Queen Myrrah again. Absolutely outstanding. She was also a good challenge on Insane, which was great as I had a great struggle with my morals by shooting her.

Anyway, it was fantastic and Arcade mode was a great addition which made grinding those pesky Onyx Medals that much easier.

They did well with Horde. The replayability factor on the original Horde was definitely there, it was very, very enjoyable. So with that said it was nice to see Gears of War 3 improving on that experience. With Boss Waves (featuring the Queen’s immaculate voice) with some new excellent Bosses, bases with fortifications, a money system to use on upgrades available for said fortifications and to purchase any weapon dependant on what was available on your chosen map.

Now this was fantastic. Easily my favourite mode. To finally play as the Locust and put those filthy humans in their place! I put countless hours into this mode. It would’ve been great to have a PvP version of this back in the main games. I’m aware or Overrun but it’s difficult to praise it when Gears of War: Judgment is heresy. Anyway, it was a great system being able to ‘earn’ higher tier Locust such as the Berserker to absolutely obliterate the enemy base. Insane was a nice challenge to, making you choose wisely and play much more cautiously with your chosen Locust.

Ahh…sweet Versus. Sweet, beautiful Versus. After Campaign had been fully complete, and I’d accumulated so much for Horde/Beast I yet again fully committed to Versus. Playing it almost religiously every day for 4 years (before life got in the way), it was such a good experience. The weapons, the maps, the characters, the modes. Sure there were some issues which is to be expected but they were mostly minor and resolved, such as some weapon spawn locations and the removal of the Ink Grenade stun.

TDM was new to Gears of War in this game so it was my first choice and became my favourite, with more than 93,000 kills in the mode. Yes, I maybe put too much time into it but I regret nothing.

Being able to play as the Queen was an amazing bonus. Being the embodiment of perfection, her design and voice just added to the infinite replayability Versus offered.

Lastly, I need to mention my baby, Hammy. She was easily my most used weapon, earning the Onyx medal 4 times, even surpassing the Gnasher. Combined with a godlike trigger-finger, the semi-auto Hammerburst was such a good weapon to use once again. Even better this time round with the addition of Iron Sight Zoom. She was great to use in CQC, which induced some satisfying rage from opponents, as well as long-range against overconfident Snipers. I do miss the “modded” fan mail.

This is where TC should look and take notes. Detailed statistics on your kills, deaths, assists, captures, waves complete, etc, based on whatever mode you’re looking at, whether it be all the Versus modes, Horde mode or Beast mode. There’s also individual weapon pages which is an added bonus. As well as those statistics you could follow and track your achievements here, giving you a clear idea of what you had to do. Bonus character and weapon skins were also listed on a page, such as the Golden weapon skins, Crimson Omen Skins, Flaming Skins, Kantus, Prescott, Savage Theron and more.

Your Mutator progress was also included here. Lastly, the Medal System. There was a full page of medals that covered every in the game. From “interactions” (like pressing a piano key) in Campaign to Fortifications destroyed in Beast Mode, there was plenty to do here. The medals progressed 4 stages of each medal: Bronze, Silver, Gold and Onyx. And with each level you came a title you could select to be next to your name in ranked/private lobbies. I remember switching between “For the Queen!” and “God Complex”

The DLC for this game was remarkable. Horde Command Pack, Versus Booster Pack, Fenix Rising, Forces of Nature we’re all fantastic additions, offering so many maps, characters, achievements and even a Re-Up system. What gets it’s own mention, though, is RAAM’s Shadow which is easily still the best DLC to date. Offering a small Campaign with the ability to play as the General himself and experience the war from a Locust perspective. The gameplay was fantastic as RAAM just tears through the pitiful COG forced with his Serrated Blade, immense height, strength and mastery over the Kryll. Hearing the Queen guide him is also a very, very welcome addition. I loved it.

What a game. Epic really blew it out the water when it came to Gears of War 3. It’s truly an amazing game and the hype surrounding it’s launch’s and prime was never met again. TC have got nowhere near it.

Well that’s enough said on that matter. I’ll leave this post with a picture of the best moment of the full game. Seeing her for the first time:

The medals progressed 4 stages of each medal: Bronze, Silver, Gold and Onyx

The medals were such a cool addition that should come back. They gave cool and funny titles for the players and also gave a feeling of constant progression.

The DLC for this game was remarkable

Yup. The DLC maps in this game were some of the best maps in the series. Cove and Artillery are 2 of my favorite maps of all time.

My favorite part was the end when Marcus killed Myrrah.

My favorite part was the end when Marcus killed Myrrah.

Maury: Your wall of text has determined that was a lie.

That being said, your post about Gears of War 3 was very detailed and well thought out

Haha, I’m glad you quoted that. It was literally added in at the end with the “…” for the irony.

Figured as much lol.

Everything about gears 3 was great except Marcus taking off his bandana and we see his hair for the first time ever.

It’s like growing up with a bearded dad who one day shaves and you’re like, “who the F is this guy in my house?”

Gears 3 was the shooter of the Xbox generation for me. It felt a generation above Gears 2 and became the only shooter I really took seriously.

It was also the game that got me into PvE, because honestly, Gears 2’s Horde had never gripped me. It felt undercooked and I always felt like, “We could be playing against people instead.” Gears 3’s more varied enemies and maps combined with the base building and modifiers made me realize that I love PvE every bit as much as PvP.

It also introduced me to my new stan, Anya, after being a Dom boy through the first two games. It was around the same time that I’d learned I much prefer female Shepard over male Shepard, and became more comfortable playing characters of different identities from me. (Hey, southern Ohio is very closed-minded and messes with you, okay?)

Gears 3 holds a nostalgic value for me that no other game in the series does, and I would drop Gears 5 in a heartbeat for some sort of modern Gears 3 port with dedicated servers. I thought its visual direction was the best of the series, its four player co-op fittingly over the top and memorable, and Old Town is still my favorite map. It better be in Gears 6, in all its sunshiny glory.

It also introduced me to my new stan, Anya, after being a Dom boy through the first two games. It was around the same time that I’d learned I much prefer female Shepard over male Shepard, and became more comfortable playing characters of different identities from me

I always thought playing as female characters meant you were gay for whatever reason until I was 14 or so where I started to obsess over fictional women because my sex drive started to skyrocket. It was at that point in my life where I wanted to play as female characters a lot more just because they’re sexy like Sam, Anya, and Myrrah. Even now when I want all of my create a characters to look like Akagi.

Is it still broken and resets all your multiplayer progress like character unlocks, ribbons, medals etc???

You’re such a frigging simp LOL.

Now, now! Don’t be jealous she never returned your texts.