again, similar to gears 1 thread about this, what are your favorite things about gears 2? speaking very generally, it could be anything, a moment in the campaign, a memory playing it, a favorite map, a character skin, weapons, gameplay, etc, the things you like the most, remember the most or enjoy the most 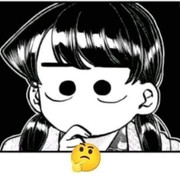 Koth where the hill didn’t move.

Being a ■■■■■■ that spawn trapped people and got lots of fanmail.

Nexus, the Palace. But more specifically…

We really got 4 recolors over this one bruh

Some character from a sponsorship DLC, I’m not too sure.

2 players splitscreen Horde on Day One and Campaign. We beat them both on Insane. At some point we had Gold membership, then I got to try 5 people with Boomshields on River, camping inside building and other maps. The Fuel Depot / Station was a cool map with “elevator” to the rooftop and shutters. Some Guardian and Annex on Jacinto, Pavillion and Blood Drive.

Jealousy isn’t a healthy trait. I know she is not a woman you could handle.

Speaking strictly for multiplayer, Gears 2 was peak Gears. Before things got weighed down by silly cosmetics and stupid game modes.

Guardian, a much improved version of Assassination was introduced.
Some of the best maps the series has ever seen.
The introduction of Horde mode.
The mortar.
Ideas like the ‘War Journal’, player stat cards and Ghost Cam were added.

Gears 2 was Gears at its absolute best.

For me it was always the campaign. The overall scale of gears 2 made it feel like you were just another soldier in an army that was beginning to dwindle in numbers. The soundtrack was fantastic, story was dark and even emotional at times.

The multiplayer was decent. But I feel not enough was changed or improved upon. It was basically just gears 1 with new weapons and character skins. Which isn’t bad in and of itself. Just nothing to write home about in my opinion.

Flagged. You know why.

Of course and improved game from Gears 1

Man guardian was where I got my footing in mp. I’ve never been a fan of single life modes since almost every main weapon has some sort of one shot capability.

I said it because I knew you’d see it lol

He gets triggered by Myrrah slander even more easily than me whenever someone makes a ■■■■ post about Lizzie.

It was the first Gears