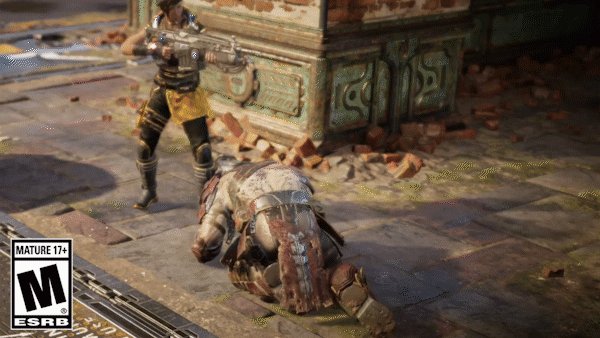 Get this sweet Slicer Lancer Execution and more for #Gears5 with our latest Road to Gears 5 Challenges, available now! ➡️ https://t.co/kklcbZhlW8 (Don't forget, #Gears4 is FREE through Games With Gold until Aug 31st!) https://t.co/CHkDf1uNSd
7 Likes
GhostofDelta2 (GhostofDelta2) August 2, 2019, 1:59am #2

Seems not all Versus qualifies for this. I saw no progress playing Coop versus AI Guardian (against Bots). If you join in progress on Social Playlist that match des not seem to count (at least it did not for me).

Social does, I got all 10 rounds from social.

Fastest way for me was on social guardian. 2 games went to the fifth round in both knocked it out in less than 15 mins

I wonder if it’ll be like Old Man Marcus, exclusive for now and then they end up just giving it to everyone.

This achievement obviously pretty easy but a pain because you have to deal with the high pingers. I was hoping the AI mode would work but has to be quickplay or rank.

Good thing because this achievement would of really sucked lol!

I played Dodgeball for the rounds. 4+ per game. Not nearly as long as Escalation.

2v2’s here. Kinda dominated with my buddy so at 6-1, we threw another two rounds so we could get all 10 in the same game.

It was easy to find games on Friday evening which surprised me,but eventually got it☺️

The Gears 4/5 Executions would look so much better, if the game had Gears 2/3 styled gore…

This complaint is getting old and annoying.

Stop saying it. Starting to feel like the people who say “Woke” unironically.

This complaint is getting old and annoying.

EDIT: Am I not allowed to complain or critizise stuff now?

Stop saying it. Starting to feel like the people who say “Woke” unironically.

EDIT: You don´t have to agree with it, that still doesn´t mean it´s an invalid critique. There is enough to critizise about the gore, especially when it has been done better in previous installments. Same with the word woke.

You are allowed to criticize, you can see me all over the forums doing the same. As well as defending. But the fire isn’t going to get a rework come launch, and it’s just so overplayed I see it in any thread regarding anything to do with hire/executions.

Not saying it isn’t a valid critique, I just think it’s overplayed and a non-issue.

@GhostofDelta2 is there anything that can be done without needlessly closing the thread? I wouldn’t want to do that to @ll_R_E_D_l.

Edit: Thank you for being good moderators. @GhostofDelta2 & @Ektope. Not sure if it’s happened but it’s deserved.