Can’t even trust Forum-members as Host’s these days. 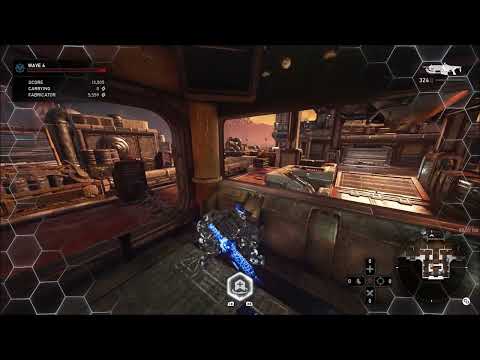 For the record, it wasn’t me.

Should you read this: Confess, you cowardly villain!

We should have our very own forum murder-mystery weekend.

What a dumb thread post and waste of time. I thought there was actually something worth a watch. Most people make dumb videos for viewers. And that’s where this one falls.

I wonder what triggered this person

Well obviously it was because he deposited instead of perking.

(No joke, I have had a host kick a player because they were depositing instead of perking - not related to class but they were Medic as well).

Me too, i picked up frags from the field and gave it to the Demo so he can get another Boom for free, smart Teamplay is apparently also forbidden now.

I’m under the impression some host’s feel too comfortable when they’re in a (3man)Squad.

I got kicked yesterday for ruining an Overload run

was trying to deposit but bought a barrier and made it Lv4 wire lol.

Thats why i never join a persons lobby that i dont know. I got kicked on wave 50 with 1 enemy left one time. Not that it matters much in 5 because you still get all the xp but it was just the thought that i got kicked for literally no reason.

Is it @MoisterChief252? I’d be shocked if it was them. They seem like a good person.

NO, but you’re on the right track

Usually i do host my own Lobbies or play with People i know, however sometimes there aren’t any People online and if there are already 1-2 Pages of 50 Wave Lobbies i’ll try my luck and join a random Host.

I got kicked once because I told the Mechanic that I don’t need a locker. But he kept on following me with the locker in his hands. When I told him again, the host kicked me out.

It seems to him that the only (& correct) way to play certain classes is to use lockers when in actuality, there isn’t. Especially with how I play.

Some people are just stupid and/or unpredictable lunatics. I’d have just taken the locker and not used it. Maybe just place a couple of token weapons in it and just go about my business as normal.

Got kicked yesterday by a forum member too, mr 4 man hardcore bot king extraordinaire, because i was medic and didnt have team repair on lol.

Engineers that deem their need for Team Repair are building way too much stuff.

If that’s who I think it is, I remember when playing with Unfettered a few months back when doing Ambush with Robo and Medic, they joined us as Protector. They kept rushing ahead second act and triggering everything early, and then going down and dying. We had to kick them and we only do so if the person is actively getting in the way. I remember they sent Unfettered messages too.