Is there any way to farm skill cards?

Master Clock could be speed run with the Brawler as well. When the 1st act is Rejects and Juvies, and 2nd act is Rejects, then it can be speed run by making a bee line to landing pad and hiding behind the closing door, All the Glory tackling everything that tries to get through.

Yes, Brawler can easily speedrun solo The Clock on Master. Even with the drone/scion enemy set at the beginning, it’s still not too bad.

Other classes take too long/aren’t consistent enough to bother completing The Clock solo on master for purposes of card grinding. The Surge would yield more cards per hour, and a lot of classes have no trouble soloing it on Insane/Inconceivable.

Some skills aren’t very useful or only used in specific circumstances.

And there are great differences between class re the cost of the cards which you use… If you are doing a torque bow bleeding reflective bleed Gunner then you are using two gold cards: very expensive to max…

If you are playing Gunner, then a single purple card which you need to max, everything else is blue or green, trivial to max with coins…

So if you approarching this with the attitude of “I will max every card on every class” then yikes.

On the other hand if you want to max only the cards you actually use, it is much less work.

Good news is, unlike when the game came out, they are unlikely to charge the cards… So it is unlikely you will grind to max a class only to have them completely change the class with a tweak (Kait/Infiltrator, anyone)… So you know what you are gettung yourself with, class/card wise…

I did Surge when i needed cards quickly.

When I did thousand of Master Clock runs, I didn’t do them solo. I don’t think Escape Hives are balanced or scaled to be done solo. It seemed like they were meant to be done as two or three players. Whenever someone tries solo, of course it’s more difficult. Nothing changes when there is less players, unlike Horde without bots where less players = less enemies. Plus, doing ‘em with other players is better company and usually higher chance of success, if can revive each other. And since there’s four safe rooms and many weapons, there’s more to pick up as 2-3 players rather than solo on my own.

Anyway, even if Insane / Incon Surge was more cards per hour, solo or grouped, I still preferred Master Clock because when I got 3 or 4 Legendary cards at the end, it was totally worth the effort, compared to Surge runs which hadn’t given me that much Legendaries.

In my last post, the reason The Clock couldn’t possibly give more cards per hour was explicitly because most classes other than Brawler can’t consistently solo it. Failed runs or very slow meticulous runs will kill cards per hour.

Running with a good group makes The Clock way more viable for farming even without a Brawler.

If you haven’t heard of us yet, here’s a link to our YouTube channel that has some Speedrun Tutorials as well as loads of other great Horde & Escape Videos & Playlists. Happy Hunting. 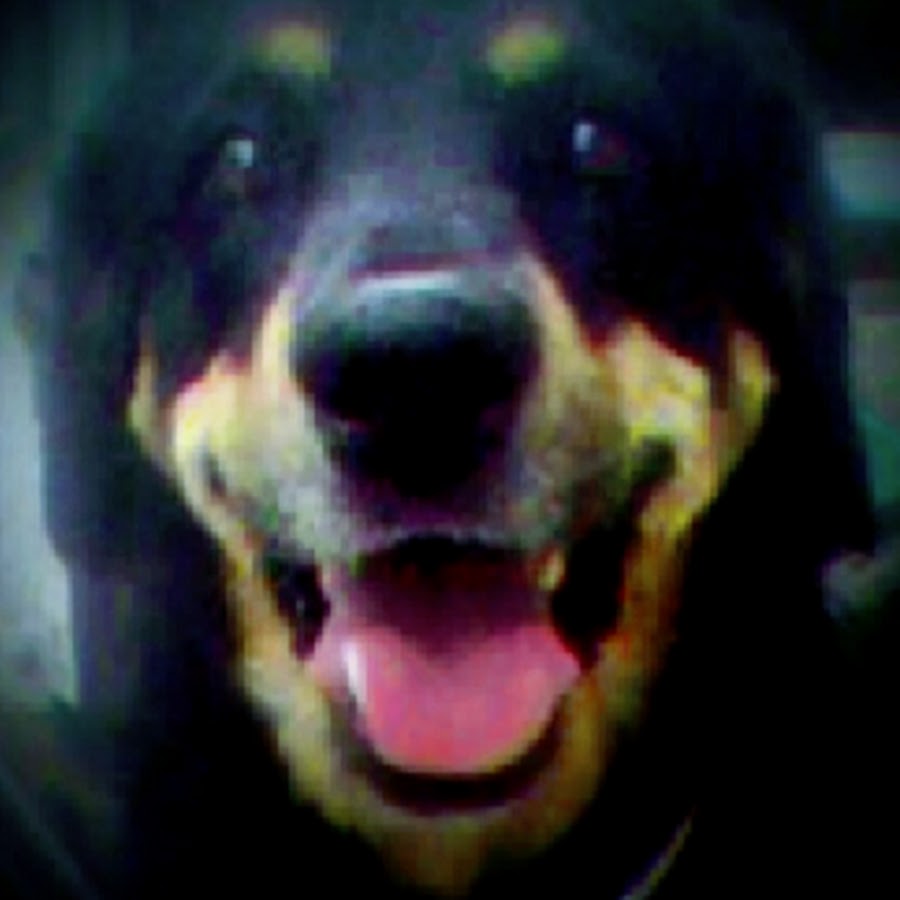 We Welcome you to our Gaming Channel! We primarily celebrate everything that is Gears of War, but also support other Games as well. Is there a question you have, or a video you’d like to see? Please let us know & thank you for supporting this...

I don’t know how many tours you’ve done, but just in case you haven’t hit the rank of general in a season… once you reach max rank, you gain the ability to keep getting coins beyond general rank. It’s like a prestige system. You can earn an infinite amount of ranks after general and each rank pays out 750 gears coins and only takes 12 stars to rank up, so even though you don’t get coins after matches, this is a good way (with completing all daily challenges) to continue to get infinite coins for playing the game. It’s very easy to build up a huge stash of coins this way, so definitely play daily after hitting general.

If you know this, I apologize for telling you something you already know. I just wanted to mention this in case you’re new to the game and haven’t gotten that far (yet).

i started playing 2 weeks ago. i havent hit general but sometimes i have a stash of 10k coins and then i spend it on getting a purple to lvl 5 and im back to zero. then i switch clasaes and the cycle starts again

Like someone mentioned earlier… you don’t wanna invest in every card since not all cards are worth it/synergize with every build, so be careful with the cards you choose to rank to level 5/6.

With that being said…. Okay, glad I mentioned General rank then. Yea, besides all the coins you get ranking up thru each tour of duty in a season, you can get, on average (depending on the daily challenges and the stars with each challenge), roughly 750-1500 gears coins a day (if all goes right and you get daily challenges giving 6-8 stars per challenge). It’s very easy now to blast thru the tour ranks and get to General within a few weeks of starting the season, so once you reach that max tour rank, you’ll really start seeing a nice profit in gears coins. 750-1500 doesn’t sound like much, but if you do the daily challenges every day, and if you get lucky and get a minimum of 12 stars a day from those challenges, you can earn 5250 coins in a week. If you really get lucky (or use iron to reset daily challenges) and get an average of 24 stars a day, that’s 10k coins a week. It can build up quite fast, so I’d recommend when there’s a new season, try to get thru the ranks as quick as possible and get to General rank to have that steady daily flow of coins.

Obviously, play at your own pace and enjoy the game… I just wanted to make sure you knew there are ways to keep earning the coins you need once you max your seasonal ranks (and not to worry about running out of ways to get coins). The game doesn’t pay out the currency traditionally, like other games do, at the end of a match, but this is how it’s done in Gears 5.

so if i complete a daily challenge, i can reset it to get a new challenge? yesterday i had all of them done except the versus challenge. i can reset the 3 i had done and do those over again if i have iron?

You get one “free” daily challenge reset. If you wanna do more and you have the iron, you can keep resetting them, but the cost continues to rise after each challenge reset.

Me personally, when I do extra challenges, I always use the free daily reset on one of the challenges in the first 2 slots. Those challenges aren’t tied to any specific mode (like the 3rd challenge, which is versus only, and the 4th challenge, which is horde or escape only), so if you wanna setup a custom versus match and change all the weapons to a boomshot or the hammer of dawn to get quick/easy kills from across the map, you can. Obviously, some challenges might be a specific weapon or whatever, but you aren’t as restricted using the first 2 challenge slots.

But yes… you can reset challenges, or re-roll them, once a day for free, and for iron after that. The iron doubles each reset, so it’ll cost 10 iron, then 20, then 30 and so on. But honestly, if you do all your challenges daily and use the one free daily reset, you can very easily hit General rank well before this season 10 ends.

Shame I can’t farm Jack in escape. Otherwise, I would’ve had that rampage card at level 6 by now lol.

im getting my ■■■ kicked in escape

Do it on lower difficulties until you get the hang of the hive. You don’t have to do it on Insane, Inconceivable or Master. It can be lower.

Just bear in mind that difficulty affects the number of cards you get. The breakdown of how many cards you get is this:

Even if you need to do it on lower difficulties initially, it’s not a problem if you’re not familiar with the hive. Think of it as research and exploring the hive.

Also for The Surge depending on the classes you’re levelling up, I’d advise a couple of broad tips:

Just bear in mind that difficulty affects the number of cards you get. The breakdown of how many cards you get is this:

The bonus for completion is 1 for advanced or higher, 2 for insane or higher and 3 for master. You don’t get any completion bonus cards for under advanced. Just to make sure nothing has changed I just ran through the Surge on beginner and it only netted 2 cards.

Dailies also give double cards per act up to 6 total as well as the specific bonuses they list for difficulty.

The bonus for completion is 1 for advanced or higher, 2 for insane or higher and 3 for master.

Correct Begineer i think you only get 2 cards 1 per act and no extras. If surge runs on elite would award 4 cards total seem like people would run it on elite instead of insane i know i would because surge runs it really about the number of cards you get not the quality of the cards.

Sorry darling, I don’t play on anything less than master so I don’t know this stuff.

All good, the rest of your advice was completely correct

so the surge looks like way to get cards, its kind of boring but a full squad can get to the end pretty reliably, or 1 medic/brawler

I’m not sure your exact goal here so I’ll approach this from two different angles.

My two cents from a distance.