Is TC aware of the headshot bug?

@TC_Sera @TC_Kilo1062 We haven’t seen any dev posts on the topic. Something’s gotten messed up with the hitboxes for headshots in Horde and Escape since the launch of Operation 6: 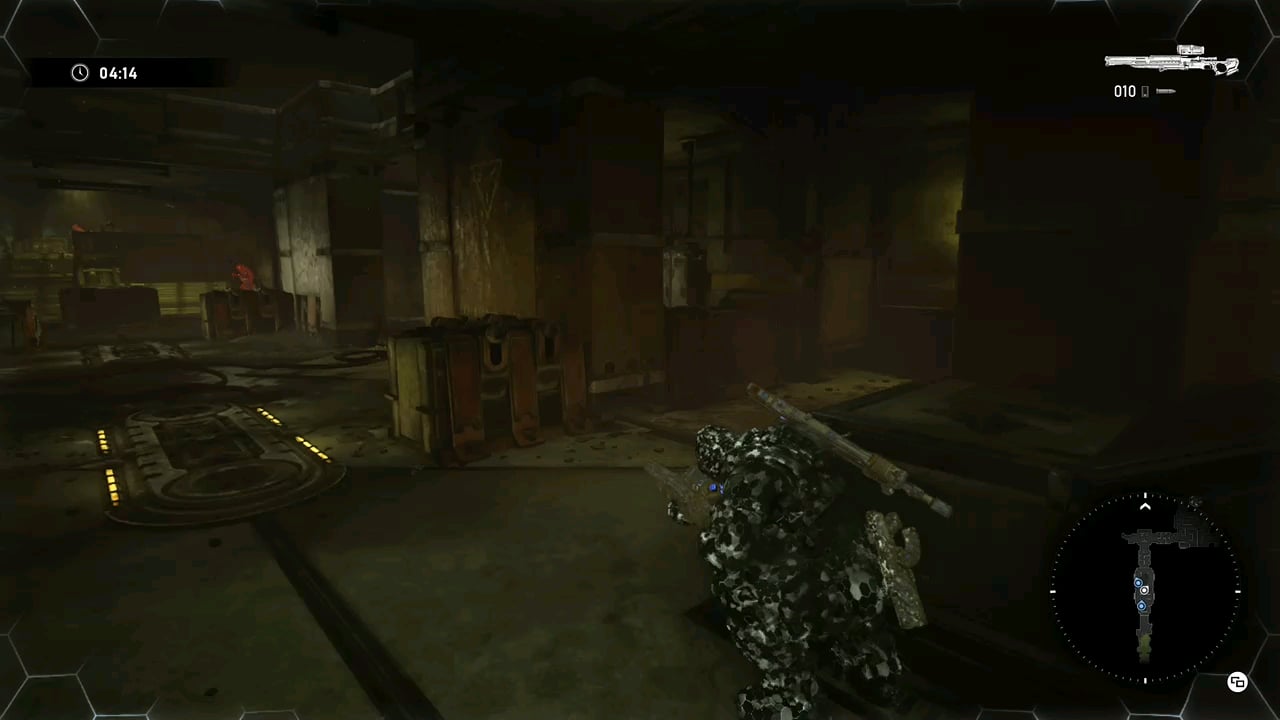 r/GearsOfWar - So uh, either the DEEBEE "headbox" has moved, or longshots...

These videos clearly show what should be headshots… not… being headshots. This isn’t something that should be left in the game to fester.

Played the malfunction as the daily escape

Still jacked up with the longshot

I don’t know. I’ve been trying to spread the word around for the past month about this issue. I think it might have gotten a little better but it still needs work. This tends to happen in intermediate, experienced, and advanced difficulties. Everywhere else the aim is more consistent.

Just wondering… are you sure it’s not lag on your end? or high ping? I’m not sticking up for the game (cause there’s a lot of issues all over the place), but I don’t seem to have issues with headshots when I play solo horde or escape. My ping on average is between 2-4 when I’m playing solo & headshot hit boxes are pretty spot on, but as soon as I play any public game mode, I notice shots are always off, and that’s always due to the poor lag compensation on the servers.

I remember as far back as gears 2’s title update 6 (the one that added test servers to the game in certain areas), shot registration didn’t seem to be as bad as it is in gears 5, and gears 5 is on MS’s Azure servers. It just seems that gow5 will never have gameplay equal to or close to how well the game played on servers at the height of everything, back when gow3 was current. However Epic did things, it just played so much better than how servers run under TC, but it was just better back then.

Also, a big thing a lot of ppl overlook is that even on a good day with little server lag, headshots can vary due to different sized character models. Gears 5 has a lot of characters that aren’t the same height, width, etc. and that can def alter hitboxes. At least in older gears games, most models shared the same character model so headshots would be about the same, but in 5, there are so many different sized cog characters alone that hit boxes are gonna be all over the place.

Not sure anymore to aim center of their face or top of their heads, especially for the dr1s, their heads seem to have hitboxes similar to horde with the bobblehead head mutator …something is off

are you sure it’s not lag on your end?

Some one said its difficulty related. I tried to recreate what I had heard and still got headshots on all DBs. Im not saying it doesn’t happen but its gotten to the stage where I would need to see a complete playthrough of the hive from start to finish, with all cards shown, difficulty and pin point accuracy because if you are off by a bit then the game doesn’t consider it headshot.

I am completely free of this bug but given the situation with the store and the progression system there is nothing to say it isn’t there lol.

Is that only with aim Assist ? I have it off and the hitbox seems fine to me.

Yeah I don’t notice anything either.
Except the normal times when you are sure you hit and then just go “WHHHAT”

I do have aim assist on

Does it apply to all difficulties?

I can try with it off and see

I honestly don’t know, never had it on, it bothers me more than it helps on PC.
But worth a try I guess.

You using a controller on pc or playing with a mouse ?

Oh then yeah I wouldn’t bother having aim assist

I’m with you there, I suck at aiming with a controller.

Aye. The game does seem to flip a coin a coin on most headshots. Always in Escape for me. Hit any drone, db or elite drones dead on and the bullet just doesn’t register at all. I end up just going “then where the F did it go”

As for the OP anyway. Its tough to get an gage on what TC does and doesn’t know. I would settle for a “taking a look” statement and would ask that come back with their findings but honestly its just never gonna happen.

It only happens with DBs and DR1s, and has been a consistent problem since OP6 released for myself and other players.

So… wouldnt say it’s an issue with lag, unless of course the lag has a mind of its own, and allows me to kill 3 drones with zero issue then spikes when I shoot a DB.

Aware is one thing. Caring, my son, is an entirely different thing.

It’s not related to lag. I get this problem playing solo with the AI.

As I said this is a problem in intermediate, experienced and advanced. This mostly concerns the robots and how the aim assist works with them. If you have aim assist off you’re not going to notice.

Try one of those 3 difficulties (perhaps advanced since it is the most common) on horde against deebees (start a game on wave 11 and self destruct until you get deebees if necessary. Maybe play to wave 13.)

Then try a game on elite against the same targets, preferably with a markza or a lancer. If this bug is consistent you should notice a massive difference with how the shots land with aim assist on.

Try one of those 3 difficulties

I did and the results were not in the favor of an every game bug. I still landed headshots with ease though there was some minor lag at a few parts which we all know what that does.

I do think TC should take a look at this none the less because it does seem to be effecting certain players and that, in my opinion, is absolutley worth a look especially with the progresson bug doing the rounds because there is really no telling what else is and inst working for certain players other than the obvious.

Do you play with aim assist on? Do you use mouse and keyboard? Do you play on an Xbox or pc?