Is campaign suffering from jerky animation? Or am I just used to MP?

I just revisited campaign again after 11 months or so since last properly playing it. I tried two weeks ago but kept getting disconnects though now it seems to be ok. But, I was shocked and appalled at how clunk and jerky the gameplay is. Please tell me - has the game had a downgrade at some point? Has a bug crept in with OP4 that has a negative effect on campaign? Or, am I just used to playing 10+ months of smooth 60fps multiplayer and now my eyes can’t cope with the slow janky 30fps in campagin?

If the latter, it is crazy how our eyes adapt to something!

The Campaign is supposed to run at 60 FPS as well as far as I know.

According to dana the campaign and PVE modes use older movement than the MP. On the topic of that, I noticed some things are in the campaign while others got cut from the PVE. Like if you get melee’d by an imago in the campaign there’ll be a short animation of you and the imago getting into a push fight.

According to dana the campaign and PVE modes use older movement than the MP.

I won’t believe that for a single second because Campaign and PvE modes actually use newer animations than the stiff, unnatural ones used in Versus(that also look terrible).

I was a little confused when I heard it too. Though the quality of the stream fluctuated so it’s possible I misheard

Maybe they’re referring to delays, wall cancel and stuff like that.

On topic, I do feel like Campaign camera sensitivity, active reload delay and control scheme swapping around bug, seem unnatural compared to MP.

It feels almost unplayable to me. When I started on Thursday I put it down to me being drunk (I was) but tinight, stone cold sober, it was still a complete mess.

However I do still believe it has got worse since Op4. I have no proof. Just a hunch.

The Campaign is supposed to run at 60 FPS as well as far as I know.

I thought only the Xbox One X had the ability to do 60fps in Campaign? 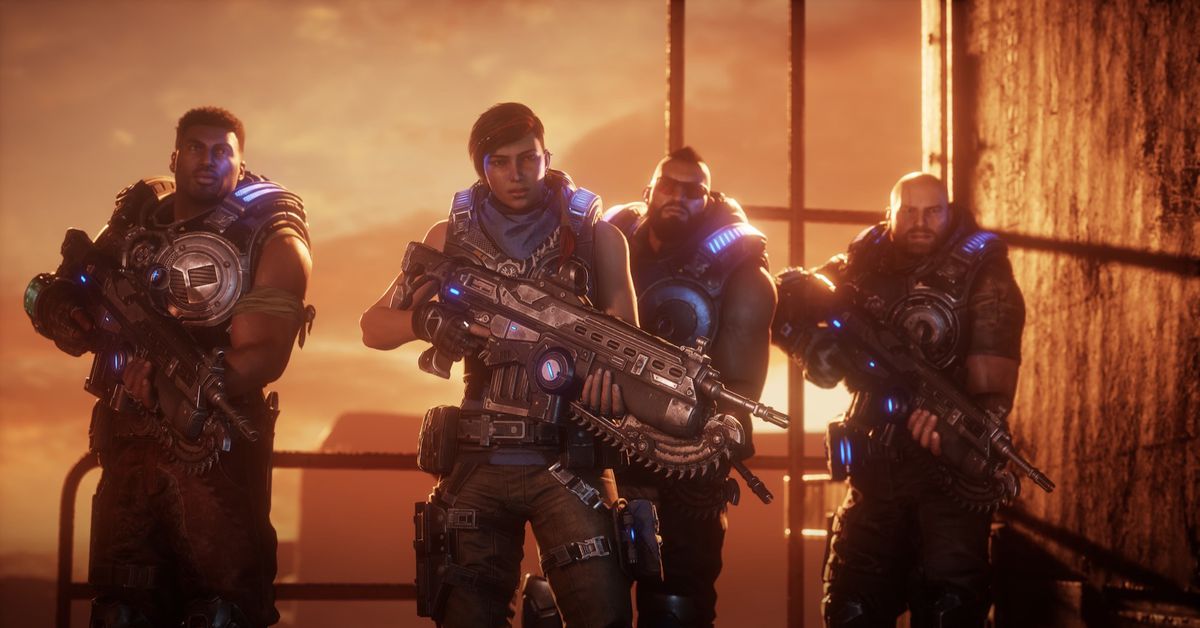 Gears 5 runs great on every Xbox, but Xbox One X performance is a stunner

Either way, this seems to be one of the best looking Xbox One games ever

OP did not state whether he is playing on a One X or otherwise unless I missed it.

I am also not aware if there is a FPS difference between the original One, S and X.

OP did not state whether he is playing on a One X or otherwise unless I missed it.

I am also not aware if there is a FPS difference between the original One, S and X.

Original One and S should have roughly the same framerate. The One X would more than likely run at a higher framerate. Although I don’t know for sure.

It feels sluggish due to your console.

Xbox One X - 60fps across the board (at east tries to) if you choose performance mode i believe it is called. (at least that’s how 4 did it)

30 to 60 FPS is gut wrenching. The difference is very noticeable and one reason I couldn’t play Horde in 4 until the X came out.

So do you reckon it’s because I’ve played about 10 months of PvP since I last played the campaign, and it’s just that my eyes are struggling to adjust back to 30fps for campaign? It’s weird, I don’t remember feeling such a difference between campaign and PvP on Gears 4, but maybe I was playing more of both, at the same time then.

The difference between the two is night and day. I’ve tried playing Gears at 30FPS before and it’s just not enjoyable for my eyes. Hell, going from 144fps to 60fps is an eye sore (PC). When you cut the frame rate in half (or more) it’s going to be a bad experience.