Yes there are super awesome quality people in both places. I personally stopped reading responses to my threads ever since gears 5 forums have been available then yesterday i took a quick peak to see if its any different. And nope at least half of every one has nothing constructive to say theyll give excuses like “thats gears” or “make your own video game” if you dont like it how it is. Well guess what i dont post on here for players i post on here for employees of the game to read. And guess what ive been posting since gears 2 and in that time ive inspired the game type “submission” and a new weapon for the game ive even forced microsoft to make every one on xbox live to resign there agreement terms on xbox live because “epic” was breaking the law by falsly advertising in the game that it was on dedicated servers. So yea im gonna keep on talking on here and im gonna say something when it beeds to be fixed. My goal is to improve the game and bring new players in that want to stay. And yes this is a paragraph and im sure some yahoo is gonna read the whole thing then say something completely pointless like “first of all i never read anything thats a paragraph” then some other yahoo will say something completely irrelevant. Well guess what none of this is for you to read or respond on. Your like people on social media complaining about an idea or pucture that offends you. If you cant be constructive then keep your mouth shut and focus on someone you can be constructive about. Then when you see one of my ideas in the next gears of war you have my permission to sit there feeli g really stupid

You’ve been posting since Gears 2, but you inspired a game mode that debuted in that game? That timeline doesn’t seem to fit.

No one has called anyone a yahoo since 1882

EDIT: Deleted. It’s not even worth responding to you.

none of this is for you to read or respond on.

The you should just submit a feedback ticket to TC instead of posting on a public forum.

And yes this is a paragraph

Ah…so your sheer and utter incoherence and incompetence is intentional?

Aren’t People on the Forums playing the Game aswell?

Ouch. It’s only a matter of time before the title starts getting edited.

His title got hacked, wtf.

you have my permission to sit there feeli g really stupid

It’s really impressive that you managed to inspire a game mode for a game, through forum posts that you didn’t start making until after the game you claimed to have started posting from even existed.

Please tell Doctor Emit Brown that his time traveling Delorean if a gift to us all.

This thread is hilarious. Much love, OP.

What’s the point of making threads if you’re not going to have dialogue with anyone who comments on them?

Hahahahaha. Wait, you’re serious? …BAHAHAHAHAHA. You say you’ve been on the forums since Gears 2 but with TC you think the best way of getting them to hear your feedback is the forums? Everyone knows they only listen to the esports “pros” and twitter. You’ll have an easier time there. Heck, a carrier pigeon might get your feedback to TC more reliably.

I’m sure TC is hanging on your every word. Also may want to fix your typos before insulting another persons intelligence

My goal is to improve the game and bring new players in that want to stay.

You have a point here. I know whenever I see a stranger incoherently ranting on forum threads, my first thought is:

submission … never understood why they removed it.
instead we are now suffering with Gridiron …

Your like people on social media complaining about an idea or pucture that offends you. If you cant be constructive then keep your mouth shut…

That doesn’t make any sense. If you used, “You are” or even the proper contraction form, “You’re” the sentence would improve.

See, I’m trying to be constructive and help you not sound like an idiot. That is a bit difficult to do, because by your own admission, you never read the comments in your own threads. 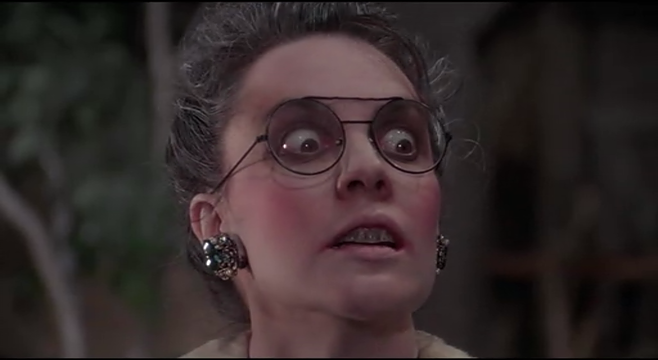 Reading this nearly gave me an aneurysm. Punctuation and spelling, it helps.

But seriously, if you’ve been playing since Gears 2 I’d expect you to be able to write a coherent sentence about the game, and I can’t even find one in this mess. And how’d you ‘inspire’ a game mode that was already in the game if that’s when you started playing? You say you’d been playing since Gears 2, not Gears 1. And that mess about XBL? Keep dreaming, you’re not that important.

I say this without any sort of malice but the likleyhood of seeing your ideas implemented into anything is never going to happen and there are two reasons. 1) The devs dont even read these forums and 2) any unsolicited ideas are not something that can be entertained and usually involve legal. Gears needs some TLC, but not a drastic departure from anything currently. If theh could get thier coding to work consistently then gears would be in a vastly better place.