Im done with this game thanks to its ranking system

This this this and this! I feel you at TC DOES IT ON PURPOUSE! And it sucks! her is one thong thats bother me,we can crush a team 180-0. And suddenly in the other rounds they are unkillable. Like they got mahic powers. Wtf?!!

I agree, this ranking system is bad. I’ve just about had it with Gears, ranked was the only thing keeping me playing but If it does not reward you when you win games + get MVP, I sure as hell can’t find incentive to keep playing. I’d rather play Overwatch competitively and that’s saying something…

ve had enough of this game crap. Fix the ranks that I’ve been over 40 victories all week and nothing comes up. GT: Puchus 7L

This ranking system in this game is so convoluted, it makes the story plot to Kingdom Hearts seem easy to follow.

There have been multiple threads of this topic, and TC decided to create a Main thread to discuss the Ranking System for Gears of War 4: HERE

My rank just moved up 1% for a month. I get that all rank placements for each game mode are a KOTH kind of thing. But to be moving up only 1% for a month is just crazy. At the time I was 98% O3 and I played with my PC buddies and lose twice to Aimbotters. Well that dropped me to 81% and that was a month ago until today I win another match and moved up…1% Well, that’s TC gears for me. TC you guys did a great job with the system, I applaud you. I know they won’t change the system because they don’t want to. So yea.

I have been playing constantly in the last month. The thing is that when I lose I didn’t drop because I faced diamond players but when I did beat a team of diamond players, they rewarded me 1%. So I was 81% O3 to now 82%.

Interesting. Well, some people are just Onyx 3 level players and aren’t ready for Diamond. I’m not saying that’s you, but I’m not saying it’s not you either. You haven’t provided an evidence that you deserve a promotion. Winning a game here or there against Diamonds doesn’t mean you are a Diamond player yourself.

Diamond is only 2% of the population. The other 98% of people need to belong somewhere else. Some people are stuck at a rank because it is their rank.

Although, if you play with a team, you could probably get Diamond. If you’re already playing with a team and you’re still stuck, you’re probably just an Onyx 3 type of player.

No! everyone should be able to be #1 at the exact same time. Don’t you poison his mind like this!

I went up from diamomd 2 from 2% to 80% by winning six games in a row. Try playing in a full squad and try to get MVP most of the time.

I was at 98.41% I get losing games but at Onyx 3 I barely moved, even after winning games I go down. I was even streaking and still went down, this to me doesn’t make sense and really frustrates me. Not to mention I’m getting gold and silver teammates going up against 3 diamonds (really happened).

Idk man this season just seems harder to get diamond because last season I made diamond in KOTH and that was real easy. But I don’t think I’ll be diamond this season. It seems like I play with a squad I progress slowly. I got to diamond 1 in guardian by myself, The other day I played tdm with my friends and they were the same rank as me and they progressed but I stayed the same. So I played a match by myself and I went up drastically with the W and taking MVP. Crazy.

I disagree. If you’re a diamond tier player, you should be awarded diamond. Having limited spots for players that idle their position once they achieve diamond simply isn’t fair to those who grind and play everyday. I’ve made various post regarding this issue, alot of Diamond players really shouldn’t even be Diamond, There’s D5 with significantly worst stats then me, but because they took advantage of the Season early they were able to propel themselves to Diamond status securing those spots. Meanwhile me and my friends are stuck in 03 Limbo despite us beating Diamonds pretty much everyday (We both have fairly high winning % well over 55%). Every match we play has a bare minimum of at least one Diamond 1 or 2. Hell, my friend beat a stacked Diamond 5 squad yesterday, and even though he didn’t get MVP, he didn’t move up in ranking smh.

We both have fairly high winning % well over 55%

55% is not a good winning percentage at all. It actually shows that you’re around where you should be. And what do you mean by “well over”? You should just say a specific number.

If you’re a diamond tier player, you should be awarded diamond

I mean, obviously. But I’m saying that people think they are Diamond tier when they are not. Some people are just genuine Onyx players and that’s their place.

There’s D5 with significantly worst stats then me, but because they took advantage of the Season early they were able to propel themselves to Diamond status securing those spots

I highly doubt that. Given that you just stated you were somewhere around 55-60% win rate, I doubt someone has much worse stats than that and still got D5. People think it’s so much easier to get D5 at the beginning of the season, but it’s really not in my experience. I got D5 from G3 in Escalation like a breeze at the end of season 3. It’s been even harder at the beginning of season 4.

I understand the theory behind “securing spots early in the season”, but I haven’t found it to be true in practice. I find it just as easy during whatever time of the season.

To be fair, most of the players who idle in Diamond would keep their Diamond even if they kept playing. It’s not like every person who idles would just give it up to all the solo queue players complaining about being in Onyx.

While I don’t doubt that you beat Diamonds while playing ranked, that doesn’t necessarily mean that you’re a Diamond tier player. There are many reasons you may beat Diamonds. You may have someone “carrying” your team, the Diamond player may have trash teammates, he may have a bad game, whatever. Diamonds lose too, just not as often as Onyxs. I would guess that although you beat Diamonds every day, you more often lose to them as well. If you actually do beat Diamonds more often than losing to them and outclass them consistently, then you should likely take their place. It’s all about consistency.

And hey, I’m not saying that you suck and you specifically deserve to stay in Onyx. I can’t speak on your skill level or where you should be because I know nothing about you. I’m just saying that statistically most of the people who complain they aren’t in Diamond, really shouldn’t be in Diamond. Like I said, it’s less than 2% of the population. People often forget that a rank your stuck at may just be the right fit for you.

My win % is 68 .But hey, let me show you a guy on my friend’s list who’s a Diamond 4 in TDM this season. He loves to brag about his rank. Mind you, when we play, I often place ahead of him. 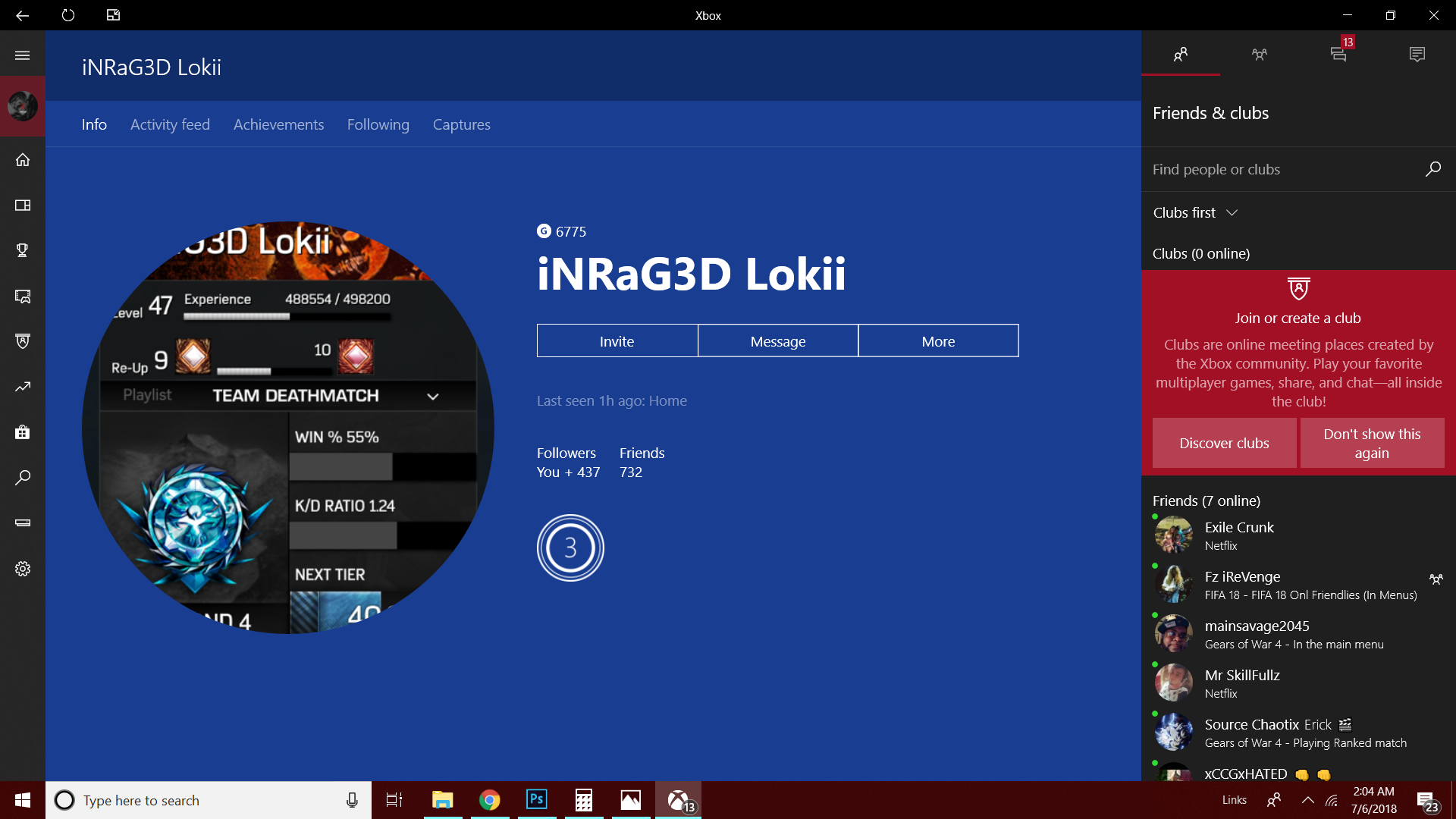 I have made post concerning Ranking issues, in fact, you commented on one of them. With me posting Various matches of me beating Diamonds. I am by no means a “pro” level player, the whole point of my original post was me not getting awarded for my "consistency ".

Here’s a screenshot of my friend’s who a beat a team of D4’s or D5. (He also has a high winning %, we play in squads) 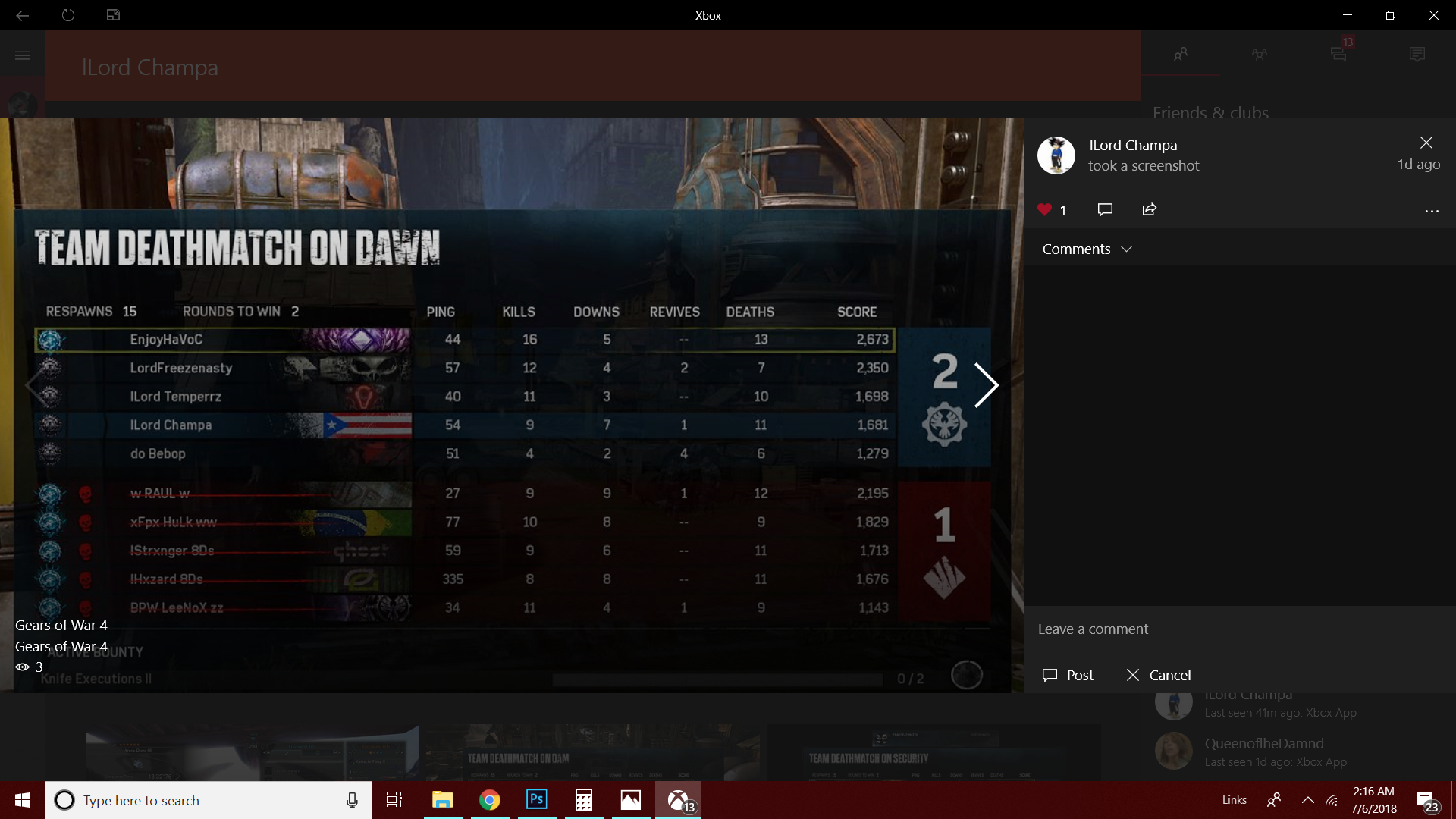 Mind you, he did go 9-11 this one specific match but considering that fact he won against ranks significantly higher than his, he should’ve been awarded a big rank increase. Looking at the stats for the match, you can see it was quite sweaty, but no one was really “carried”.

I liked the old gears were you could see other people’s KD and win rate. That’s what really matters because there are Diamond 1 and 2 players I’ve faced that appear to be Golds. This ranking system has given some players a superiority complex imo.

If I am only going up at .20% at a time, then of course people are going to start to get heated.

Wow. That screenshot is ridiculous…

Was there some other factor that made this scoreboard such a blow out? Were they lagging, AFK, messing around, etc.?

I can’t disagree with you tbh. If they were actually playing like their usual selves, those are some of the most fake Diamonds I’ve ever seen. I don’t see scoreboards like this often though.