If GoW 6 Came out 2morrow & Everyone had to Lead Their Shots, NEXT #1 GAME GUARANTEED

I see this is your first post. Hopefully this is also the last thread you post in.

I hope we get more posts. This is comedy gold!

Gears 1 was great for its time. But if you go back to it, it has aged extremely poorly in the multiplayer department. Extremely slow and clunky controls and riddled with glitches and bugs. Funny how you say every release after that was made for “badkids” but Gears 1 had host advantage and a slew of bug and exploits that could be used even in ranked matches. The franchise has definitely made some poor decisions over the years but this whole “gears is for noobs now” shtick is getting really old. All this post reads to me is:

“I was good at the first gears and never again, so instead of trying to improve, im going to call everyone else bad kids because I didnt perform as well as I did in the first game. Because clearly the problem is all of the games after and all of the other players and not me”

Edit: Sounds like this. Just replace battlefield with Gears 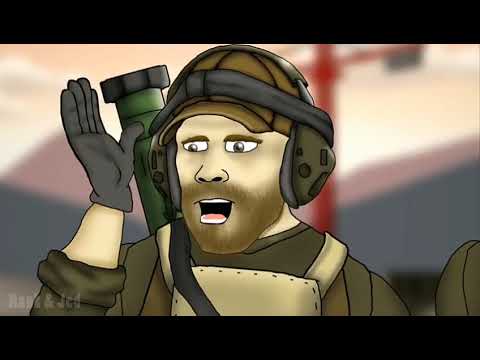 Gears 1 was great for its time. But if you go back to it, it has aged extremely poorly in the multiplayer department. Extremely slow and clunky controls and riddled with glitches and bugs.

But…but I am an '06 vet. Just one without rose tinted glasses. Please spare me Scottish Batman. I don’t want to deal with your kilt of justice

It’s not the kilt that should worry you. It’s what lurks underneath.

Is what’s underneath the famed nonexistent country known as Scotland? At least thats what my geography teacher Mr. Sissons taught me.

Tnis is a bizarre take. So? Youd rather go back to peer to peer than dedicated servers? I mean we got enough laggy ■■■ players on here already? People liked Gears 1 bc it had a high skill ceiling and was…oh…you know…FUN. It had nothing to do with “leading your shot”. …Im still trying to figure out if im being trolled here…AS ONE GEAR LIKES TO SAY…“GET THAT TRASH OUTTA HEFE”"

Putting aside the rest of this unintentionally comedic post, this right here is revisionist history.

Uploading videos to the internet was still in its infancy when Gears of War came out, and the large gaming communities flocking to watch uploads hadn’t really happened yet. Most Gears 1 montages found the internet after Gears 2 had already come out.

Beating a team with host advantage was the best feeling, & it’s a feeling you won’t find ever again. It’s what hooked so many of you to gears

create games “anyone could play”. Children, you catered to children

I don’t think literal children could oppose because they don’t know anything about netcode or hosts.

there’s always going to a post that tops the hottest Gears take I’ve ever seen.

It’s always the same bad take though, but in different words. The post is objectively wrong but thinks “Gears 1 good, Gears 5 bad,” and that’s all there really is to it minus a halfway thought out “Lead yer shots,” argument thrown on top.

Hopefully this is also the last thread you post in.

this right here is revisionist history.

I don’t think literal children could oppose because they don’t know anything about netcode or hosts.

I literally didnt understand the plot of gears or the concept of stories in general until I was in middle school.

started in 09!? Do I get senior parking?

No. you’re a bum compared to me. I waited in line on that fateful November day. Dont ever call yourself a vet.

Most Gears 1 montages found the internet after Gears 2 had already come out.

This isn’t accurate. GoW1 montages in 2007/8 — especially 2007 — were getting massive amounts of views, comparable to and surpassing a lot of GoW2/3 montages.

The main issue here is that the channels have been deleted — the most viewed Gears of War video is a GoW1 montage by Angel of Evil that had something like 3 million views but it was lost when his channel got deleted. We also lost Milkbones original channel, IceMans like 10 montages are all gone etc.

The implication here is that years after their release, people randomly went back and watched old videos of a different game. This didn’t happen.

Nismojoe should have credit as the first big GoW youtuber, but most of his videos are gulag’d — for example in the wayback machine if we got to Feb 5th 2007, we can see a two week old Nismojoe sniper montage with 25k views — these would be astounding numbers today for a gears of war sniper montage. 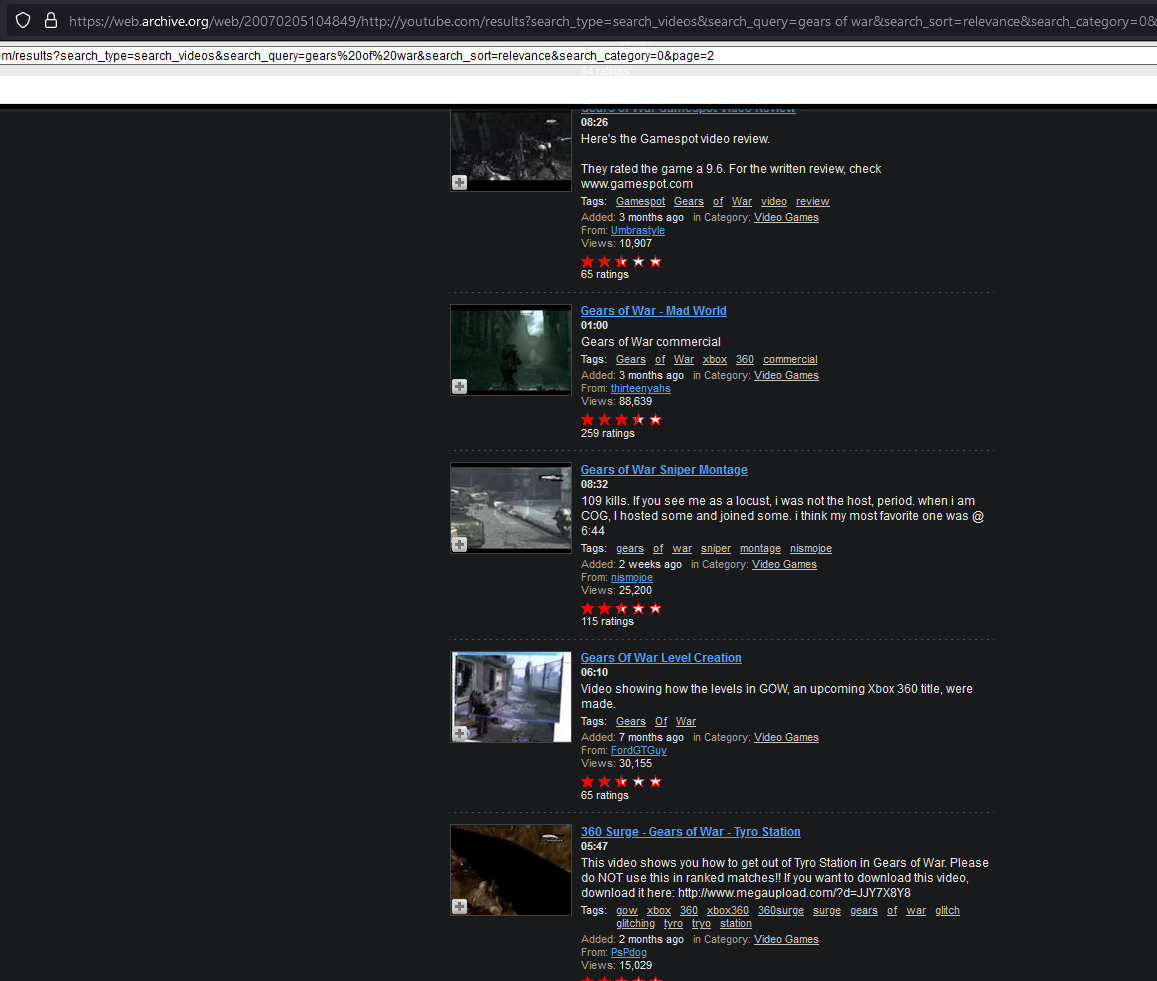 But if you go to his channel, this, like hundreds of other montages and videos from this era are gone. He still has some GoW videos on there, but this isn’t one of them.

Then you have the glitcher community which was absolutely massive — PlayingHaloToday, Trial & Error and Chaotic Perfection had millions of views over their glitch videos, these are all gulag’d.

Here’s some evidence that PHT were doing numbers 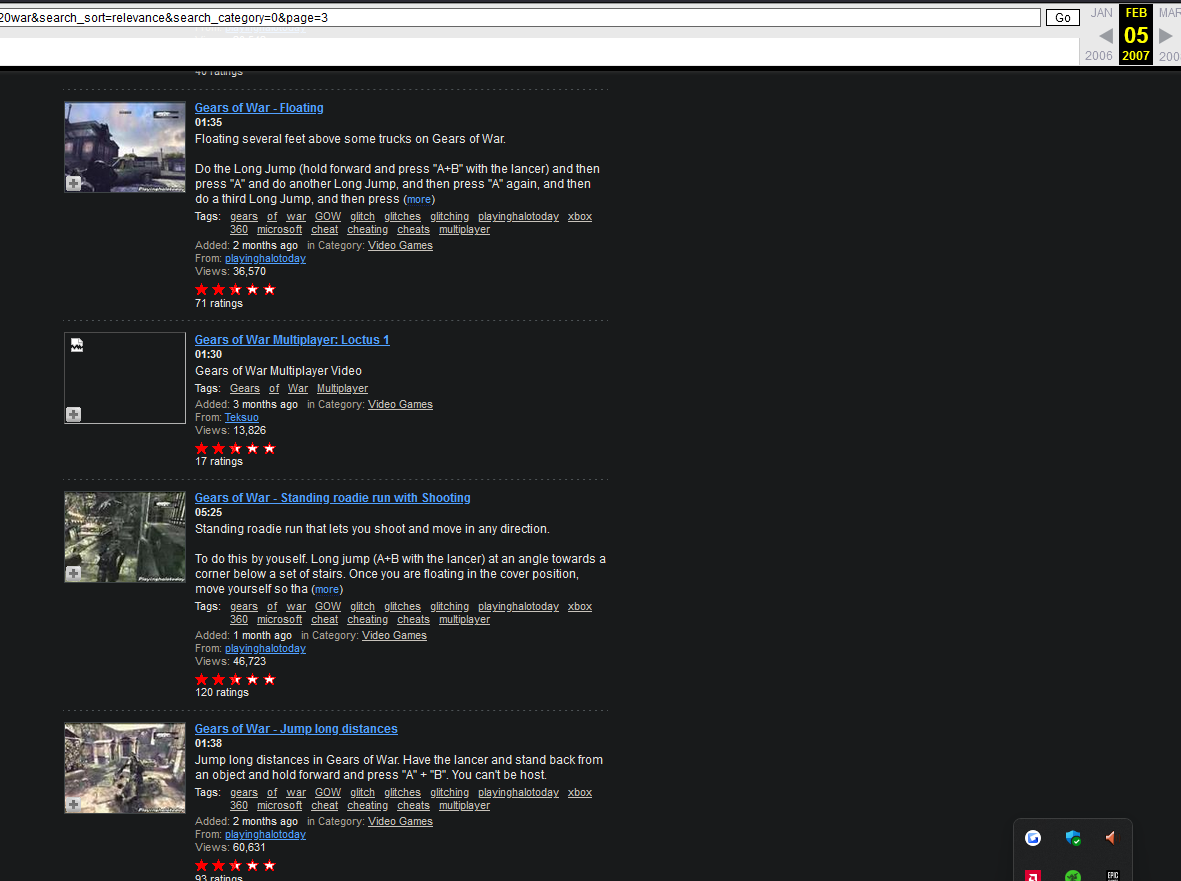 And some other random videos also doing incredible numbers for the time. 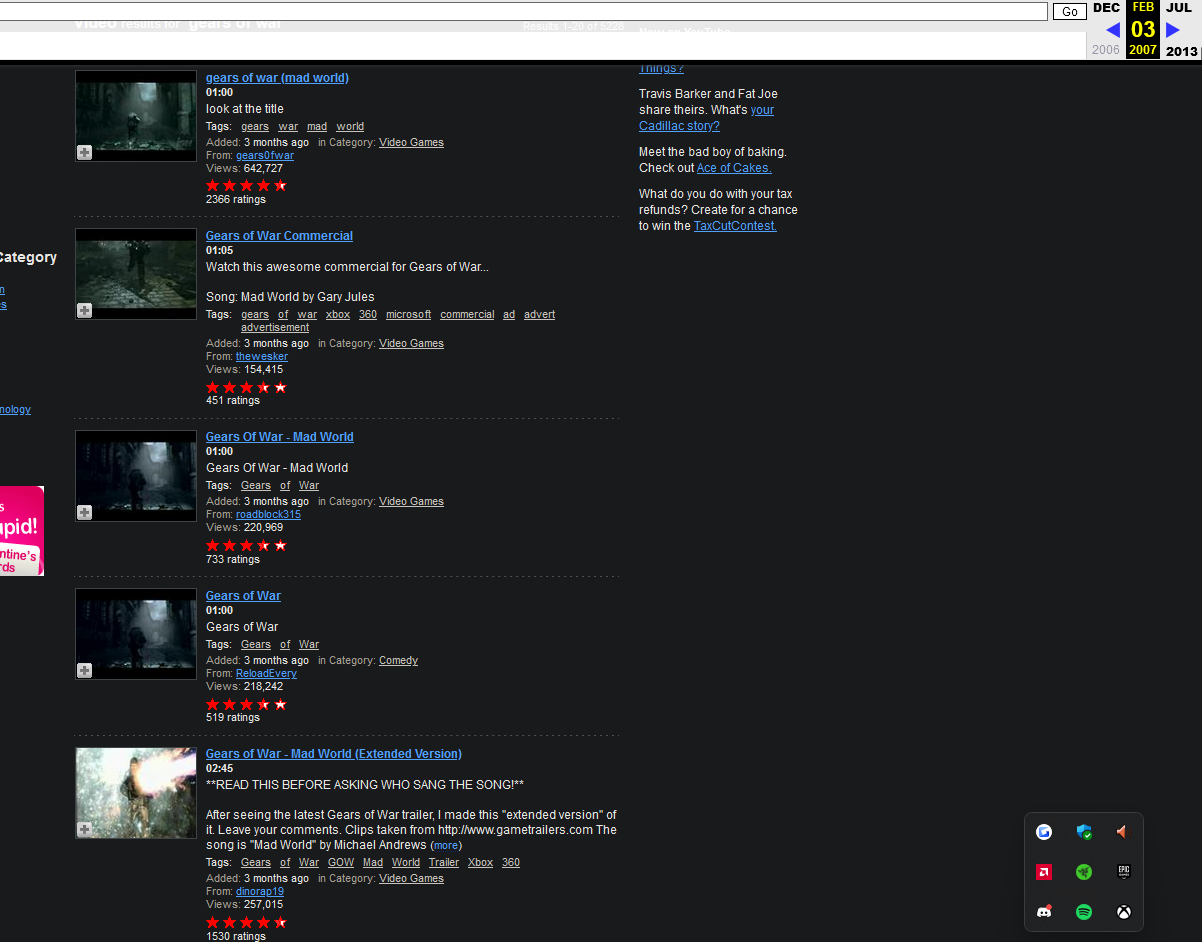 People really act like GoW wasn’t a big game. Typing ‘Halo’ in the search bar around the same time gives you these results. 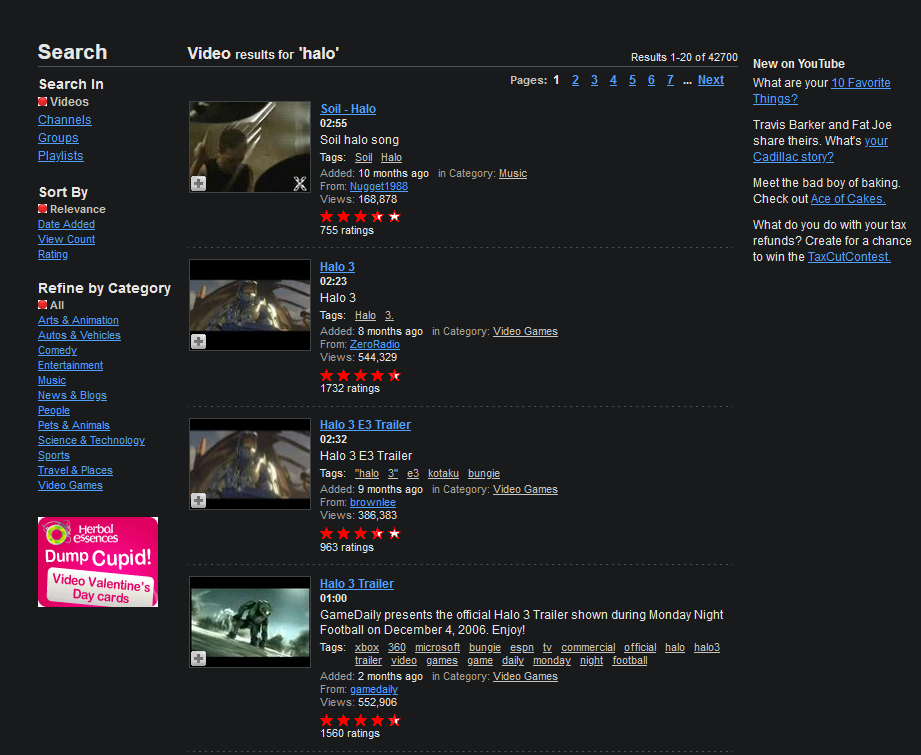 The Halo numbers are bigger — they’re not that much bigger. The disrespect GoW1 gets in terms of it’s popularity at the time, it’s standing within the broader gaming community as a whole — it’s genuinely annoying.

I waited in line on that fateful November day.

Walked away from Gears 5 multiple times, And i keep trying to come back only to be disappointed again and again

This is Ridiculous General Discussion

same mang, Im like an '07 vet I think. I was like wayyy too young to be playing gears when I started but Im glad my parents didnt ban me from playing

During elementary school (I’m very young I know) 360 was the jam. I dont really know how we had gears 1 at my house, we had bought the white 360 in like 07 I believe and we only had like Lego Indiana jones and Lego star wars

I wasnt allowed to play it obviously because I was really little but I would sneak playing it because it looked so epic to me. I managed to get gears 2 for my birthday in 09, and I was stupid crazy about that game. I remember my friend had to come over and like nag …

I just remember you mentioned being a 07 vet a lot so I thought I would confirm.

I’m heartbroken. I thought you were legit.

I thought it was awfully suspicious how you didn’t complain about Gears 5 every two seconds because its not like Gears 1. Its because you weren’t a true, legit 06 vet.

I need to start complaining more. Then come back and play the game again just to uninstall and make an essay long post on why gears is dead.