Ideas how to promote and attract more people to play Escape

Let me just dream for a second

Wouldn’t it be awesome to have these on Escape

Escape can’t attract more people due to the fact that it was conceived to attract the fornite-kids and the apex legends playerbase . its not a game mode that belongs to Gears of War.

if Horde that is the bone marrow of Gears of War can’t attract people much less Escape that is a failed experiment from TC.

I think alot of those ideas would only appeal to existing Escape purists really.

Also we need to bear in mind that reward hunters may only just do it once just for the reward. If they’re not great Escape players they may just give master level rewards a miss anyway.

I think one of the problems (or positives depending on perspective) is that Escape is a fair bit harder than Horde, and I find alot of players just struggle on harder difficulties as it’s quite unforgiving.

I think Escape is just an acquired taste.

One thing that TC messed up on though, was the lack of story/in-game canon behind Escape. I know there are the books and comics, but we need something in the game. They really should have included a short campaign mission which centred around Escape and the Hivebuster characters, introducing them to us etc. I think this would have helped people to feel more invested in these characters.

One idea I had, which I remember TC discussing a little bit on a Developer’s Stream, was to make use of Escape Hive tiles to create more Horde maps, and they discussed the idea of introducing more Escape elements like venom to Horde.

I’d go one further and explore a totally new mode which combines elements of both together in a sort of “dungeon crawler”-esque kinda manner! Maybe create a large grid of mini-maps using Escape tiles. You start with a Farbicator and limited power just like Horde, and after you clear it you unlock a couple of doors and you can choose which one to go through by carrying the Fabricator through it. Each grid is different to the others, so you encounter different enemies, different environments etc, and you just keep progressing until you reach the end. Venom could be added to put pressure on teams too.

It’d be a nice evolution of Horde, because Horde can get boring quickly because you’re in the same environment building a base for up to 50 waves / 3 hours.

I would disagree with you on that. I think Escape mode is the best thing that came out of Gears 5.

agree to disagree then since for me Escape has been the worst thing that has ever been into a Gears game .

Valid points and yes I’m what you called “ a purist”. But one can dream…

I think Escape deserves more attention for sure. I personally really like it and enjoy the challenge. But it seems that Horde is more popular as far as PVE is concerned. I’m always trying to get more of my friends into Escape, but I think they find the difficulty curve frustrating.

Escape can’t attract more people due to the fact that it was conceived to attract the fornite-kids and the apex legends playerbase . its not a game mode that belongs to Gears of War

Could you go a little deeper on this comment? I’m not sure I understand how escape was designed for Fortnite and Apex legends kids? I’ve not really touched either of those games, but I do know they’re battle royales, and have very different gameplay designs than escape. What makes Escape anything like them?

That’s because one doesn’t need a lot of skills to play horde. Maxed out characters and skill cards, a locker and barriers is all that’s needed.
For me Escape is a truly team building mode.

When I first started playing escape I was garbage. I stuck with it though, and it really is one of the most rewarding modes I’ve played. I still get a rush of dopamine when those doors slam shut upon extraction. It takes awhile to get good at, but it’s completely worth it in my opinion. I’ve been working on getting a friend into it, but I just can’t seem to get them to stick it out sadly, due to how difficult it is.

That’s not me saying to make it easier. Just that I think it’s a big reason why a majority of players stick with horde.

And for me, Horde is boring, and versus is a mess. Before gears 5 all I played is versus. And I was extremely disappointed that I had to give it up. Escape is the only reason I play g5.

I’m not sure I understand how escape was designed for Fortnite and Apex legends kids?

it’s simple… what games people are just running around instead of shooting and engaging Close quarter combats (cqc) Fortnite and Apex Legends ones… .that mode of Escape was specifically designed to cater that audience , since Gears of War its all about cover based mechanics and shooting . not running around like rabbits .

It’s great that some people liked it however it was just a disaster as the same as the hero classes stuck with characters it just didn’t fly enough at the end.

messing with a legacy and creating of it something " casual " like Escape truly hurted the game above all else. 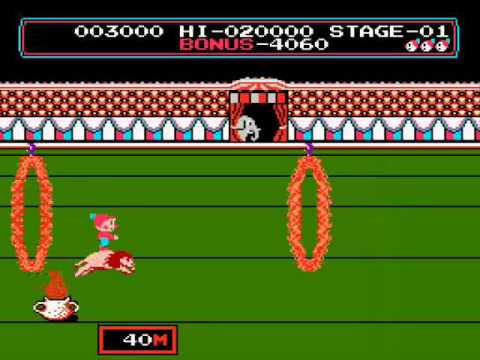 I think broadly speaking Escape requires players to be much more flexible and adaptable.

I know this may come across as sounding like I’m being snooty towards Horde players, but here goes! Horde’s gameplay loop is very fixed and repetitive. You choose a location for a base, you gradually build a base, and then you spend 50 waves fighting in the same area using the same bits of cover. With Weapon Lockers and 2-3 weapons, you basically have infinite ammo. If things get rough, you have barriers and sentries to help you out. There’s also 5 players so you can mix more skill sets. You also don’t have any time pressures - waves last as long as you want. You can also choose any weapon from the Fabricator you want (at a cost).

Escape on the other hand is totally different. You start with pistols and have to gather weapons as you go, either from supply rooms or dead enemies. You don’t have the luxury of time as the venom will eventually get you if you don’t keep moving. You have no fortifications (unless you count occasional lockers on certain Hives). There’s only 3 of you so you have to mix and match your characters better and pay attention to detail in how different characters work with each other. You are constantly moving so have to adapt to fighting in different rooms and environments. There’s more emphasis on the general core skills like movement, melee combat etc. Ammo can be very limited. Good Escape players will have done some level of research on new Hives so they have an idea of what weapons are found and where; and what enemies you will get (and where). It’s pretty full-on!

I see why people are put off Escape, which is a pity.

since Gears of War its all about cover based mechanics and shooting . not running around like rabbits .

I still use cover in escape man. I use it a lot because at times enemies will pin you down. I don’t typically find myself running around like a rabbit. (Unless playing as Cole, of course.) I spend less time in cover during escape matches than horde, but only because you have to make a run for the exit, rather than hunker down the entire match to defeat waves of enemies. There’s still a lot of shooting and CQC in escape. Executions are the name of the game typically when I play.

it’s simple… what games people are just running around instead of shooting and engaging Close quarter combats (cqc) Fortnite and Apex Legends ones… .that mode of Escape was specifically designed to cater that audience , since Gears of War its all about cover based mechanics and shooting . not running around like rabbits .

I completely disagree with this. Escape on higher difficulties does emphasise more movement and speed than Horde, but there’s so much more thought behind it than you make out. Good Escape players will know how to balance proactive movement and aggressive play; and when and how to be more passive and use cover.

Also, if you look at PVP and how many players play this, I think it’s a bit hypocritical to criticise Escape for being too movement based when PVP is like that - fast flanks, aggressive pushes, wall-bouncing (albeit with shotguns). Escape just features a gameplay loop which includes a wider range of weapons.

As Bleeding Pepper said “ Escape is an acquired taste”. Just like vegemite.

What I don’t understand is why they don’t just release all hives to be runnable for time since the rewards are now just coins and also not that many coins.

But I’d love to see special rewards being assigned to those players who are actually in top ranks of the leaderboard.

Having community made featured hives become hives running for time would be a near idea. There’s actually a couple hives out there which ar e pretty cool.

I don’t really see that much value in that. With Cole it’s fairly easy. Now you also have Fahz and Clayton and Kait who can make quick work on most of these hives when playing solo. Some hives can also just be run through cough The Onslaught.

I think maybe he refers to speed runners on the Surge?

And lol “ running like rabbits”. The only time that would be true is during Easter special event.

I don’t know… I just found it weird how they described Escape as being too “casual”, when it just isn’t. It seems very niche, and is a big step up in terms of difficulty compared to Horde.

It was just a suggestion but maybe a special ribbon for doing it solo?..