You don’t find much beauty in the gameplay, but in the world and the characters.

Exactly why he mentioned that gears is just about using the gnasher lmao. Clearly he hasnt played through the series.

Probably started out by trying PvP which, unless you’re one of those guys who never plays PvE or Campaigns(no offense), is probably the worst starting point to experience anything Gears for the first time.

I think TC is at least good at one thing, presenting a good/great asthetic while conveying the feel something is supposed to have(usually). I certainly never had the impression that I was walking into anything but a warzone in act 4 of Gears 5. Ignoring that, you know, they had to put one of the worst moments in Gears history between the two chapters that act had(not in a good way, but everyone should know what I mean without me saying that).

we got what we got.

Calm your damn pink polka-dot panties already! It’s not a competition of what game is best!

You’re so dramatic. SO DRAMATIC.

Shhhh. There there. Settle down. Soft heresy, warm heresy, little ball of heresy…

Definitely one of the lower points of gears 1-2 is the hollow sections, I always found the hollow to not be all that pretty. Maybe on remaster id change my mind because I love Nexus on gow 5.

You’re testing me again, aren’t you?

Shhhh. There there. Settle down. Soft heresy, warm heresy, little ball of heresy…

unlike kim or baird, i think raam is the only one who could have his classic version coexisting harmoniously and canonically with his redesigns, there is not such a big and noticeable face change, and although we could say that his vold version is already very similar to the classic version, they could still make it a different skin, surely just putting “classic” on it would sell itself, or they could also put “ilima raam” although Classic is sure to be the magic word to boost interest in a skin like this, besides I really liked the 4 luminous points that it had on the front and the 6 points that it had on the back that the vold version does not have 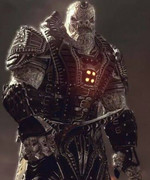 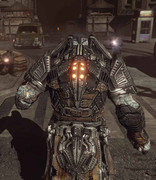 and although we could say that this and its vold version are too similar to have them both back, after what they did with renegade reyna in 4 nothing really bothers me anymore

Agreed. I remember this. What an utterly pointless “skin”. A small piece of cheap cloth.

Funny enough, Outsider Reyna is technically the pointless one. Renegade is based off her campaign version (skirt was shrunk down), and all reskins used Renegade as a base. Should have been the default version of Reyna, with the Outsider variant having never existed.

Ah, I see. Thanks. You have filled me to the very brim with useful knowledge.

If it helps, I hate both and am glad she never made it into Gears 5’s roster.

How do you think beautiful and outstanding colors can exist after an invasion on a global scale. the examples you gave me are wrong… GEARS OF WAR WAS AS REALISTIC AS POSSIBLE. I DON’T LIKE FANTASY THAT’S WHY I HIGHLIGHT THE ACCURACY TO RECREATE THE ENVIRONMENT AND THE BUILDINGS

I don’t think you understand exactly how quickly nature can start to recover if left untouched. 25 years is a long enough time for it to start conquering abandoned areas again.

Not to mention that it’s not at all unlikely humans would decide to settle down in UNTOUCHED, INTACT areas that have a good reason to look pristine with lots of trees, plant life and what not. And let’s not forget new construction has no reason to look withered and destroyed because it’s, well, new and was constructed in a time of peace. Timeframe is reasonable if you consider automation from DBs(note Kait’s line in the Gears 4 Campaign re Settlement 5 : “A few weeks ago there was nothing here, and already they’re building up the outer ring.”).

And unlike a global war of nuclear destruction, knowledge would have been preserved better, as well as technology, making for further ease of reconstruction once the Locust were dealt with. Plus the fact nobody had to hide in bunkers for years or decades before they could come back out and reclaim the surface.

Like mineman said, you can still sell the point of a war or an apocalypse without making everything look completely destroyed from the get go. EG Thessia falling in Mass Effect 3, you head there as it is coming under assault by the Reapers, and it’s falling apart pretty quickly, despite the buildings still looking pristine, for the most part. The situation is conveyed as dire even though the game is offering a nice view. Now when you return to Earth after weeks or months, that appropriately looks completely ravaged with rubble and destroyed buildings all over the place, as it’s been relentlessly torn to pieces by the Reapers while you were away.

Perhaps you need to accept you’re stuck in the past of Gears 1, and lower capacity hardware with less advanced software, equaling less good-looking environments. But what do I know.

The classic RAAM design was much better. Especially his face. He had a wild feral look about him with the eyes and pig nose. I never liked the redesign.

More importantly where is our and therefore RAAMs beloved Queens missing voice lines…this is the real question!

She has the best voice lines in the Franchise yet most of the emotes are silent! What a damn wasted opportunity. It’s disrespectful to Carolyn Seymour as well.