I’m happy to report that Lahni is a beast again!

I’m sorry if it has been posted before but I’ve been playing as Lahni since the update and I’m so happy she’s back to her former glory.
I did Venom Run as her last night and it was epic! 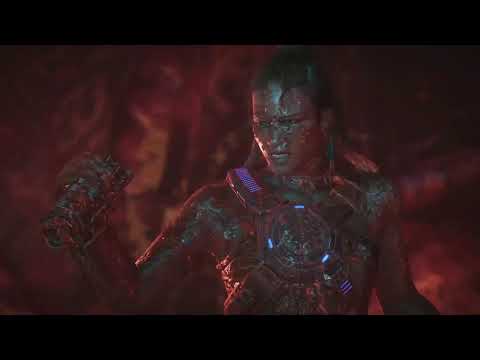 So does the Short-Range Deflection now include melee attacks? And Thrill Of The Hunt works as it did before the last TU?

No, but she got new passive ability.
I also did a vid about her after the update. And yes, Thrill of the Hunt works as it’s supposed to. 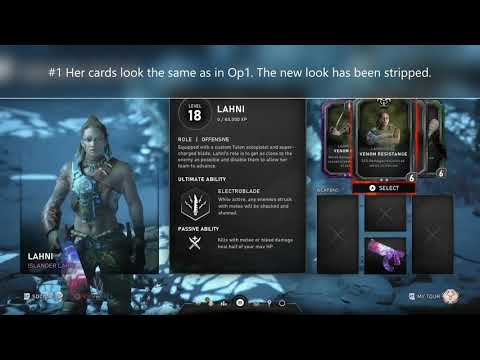 Ah, interesting. I hadn’t noticed that, but had noticed a few instances where I healed after killing an enemy. I assumed at the time it was due to lag which caused Thrill of The Hunt to work even after the enemy bled out.

Thrill of the Hunt is not instantaneous. It takes about 2-3 sec for it to kick in. But the new passive is what now makes a difference.

WOW
So they couldn’t fix lahni, but they can ADD things to change how- ah ■■■■ it.

Lahni to me has always been a beast just like tai was and the fact that they changed some bits for others to have her be once more really makes me feel as if there is really no ■■■■■■■ hope in hell for things to be set right in this game.

I wish I could see for myself how she plays now but I cannot for my brother has the stupid Xbox for the week.

You may be able to download it to your PC from the Microsoft store for free if you already own it on xbox and if you have an adequate video card.

Hasn’t her passive been different for awhile though? I could have sworn it’s been that way for awhile now. It’s certainly felt like that at least.

No, she had pilfer drop before( every 6th kill drops pilfer ammo).

Up until this latest update even? Maybe I’m crazy but I could have sworn they changed it long before this past update? I must be losing it lol.

I must be losing it lol.

HI MAN , you’re not losing it . you are just tired of this game that’s all.

Ahhhhh, I wouldn’t say that just yet @D_A_N_III_3_L. I’m still having fun with escape. Even been playing some horde lately and playing as Fahz, the sniper. Surely you know how enjoyable that can be, right? You are the sniper man hahaha.

hahahahahaa my man … I had my training on these games for years man: 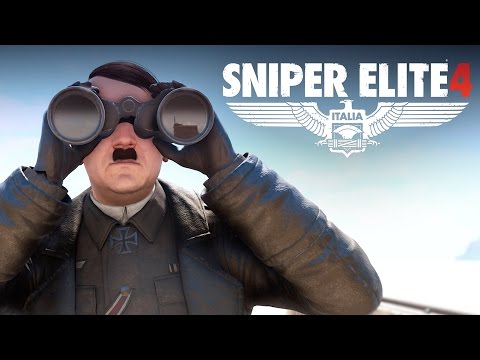 and yes of course man the BEST DAMN PART OF Gears 5 its truly being " THE SNIPER "… it just doesn’t get any better than that my good friend !!

You ask me, there’s nothing better in Gears 5 and playing as Paduk, then proceeding to execute everything in your sight. I can’t get enough of playing as my man Paduk. Don’t remember the last time I even used his sniper build. But Fahz. Yeah, Fahz is a lot of fun too.

Update:
I just found it in the Operation 4 patch notes from July 13.

The release of Operation 4: Brothers in Arms represents a major update for Gears 5. We have made major feature changes to Ranked, the store and the game overall. We’ve also made a significant amount of adjustments to PvE so we have pulled those notes...

I played with a Paduk last night on The End. I put it on Inconceivable with Ironman off because I didn’t think we would finish. But we did on our first try. Paduk was unstoppable with his fear and executions lol
The best part was as the doors closed he did “Middle Finger” expression

I knew I’d seen it before lol. At least I’m not crazy.

Paduk is my go to escape character. Only people that don’t like having him around are Cole’s from my experience. Only problem with him that doesn’t make him one of the best is that the only significant thing he can do to flying enemies is put them in fear. And bosses. Well he’s just about useless against bosses with his execution build lol.

This passive ability has made exactly zero differences to me playing Lahni. Not buying it. Venom Run also doesn’t always have tons of Juvies and they can usually be controlled in their approach with covers or walls scattered around.

that’s a great choice as well.