I dunno if Anyone Likes RTJ

RTJ, or Run the Jewels are one of my favorite music duos. Right up there with Tai and the Gnashers…

Anyways I’ve been listening to the new RTJ4 album and decided to whip- up a Gears wallpaper for myself based on their G4 appearance. it ain’t much but I like it. And now it’s free for all.
It’s a Christmas F*cking Miracle. 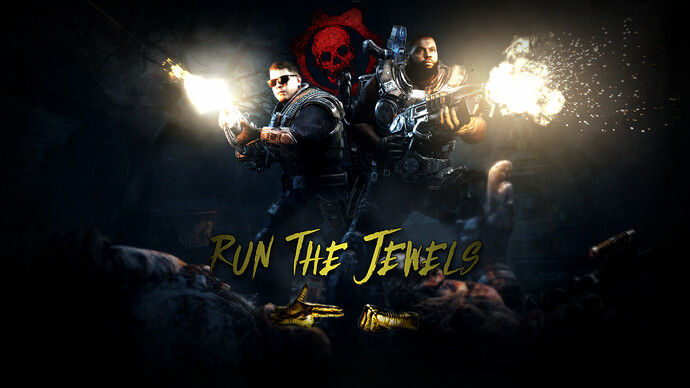 They’re basically the same, but just the alternate take.

Gears got me into RTJ tbh lol. The new album was meh. I prefer RTJ 3 alot more.

I wish that they would return in 5 but they would use the RTJ 4 colors for their weapon skins instead of the RTJ 3 colors.

I like all 4 albums pretty fairly. All got good bangers. I even like the stuff Killer Mike did on his own in 2012. Listen to “Reagan” when you get a chance.