I don’t understand this game sometimes 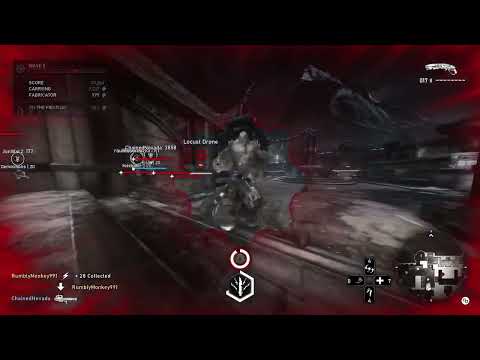 Guess you missed the update where they nerf the Boomshot Scions…they are 95% blind now.

He might’ve missed arm day yesterday so needed to get a few reps in.

More nonsense! The same game. I go down and lose my ult. Like completely. And I was teleporting throughly the map. I felt like I’m a freaking AI 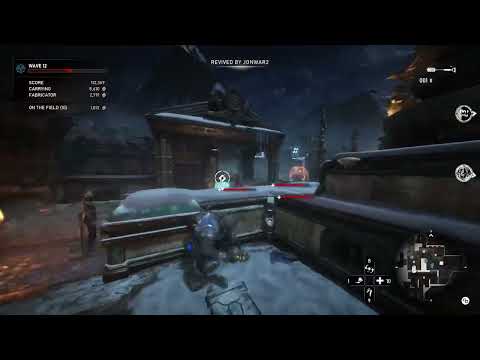 You went down while you were already in your ultimate. The scions usually will just slap you over and over and it won’t do any damage because you’re in electroblade.

Used to happen to me alot because boomshot scions just love me, they would hold their shot specifically for me and then when I get downed they just slap me and cant do anything until electroblade is over.

I know they do that but my main problem is boom Scion point blank shooting you in the face. Grrr

It’s more just an AI bug where any enemy randomly starts to melee you no matter what.

Oh. Boomshot scions only care about Blademasters. If there’s one in the game, they will target that player over everyone else.

If im in the game, they’ll go for me no matter what class I’m playing. Its a curse. Lol

Insert snide comment about how everyone knows not to get downed the moment your Ult refreshes, silly!

Add to the list of things that pretty much require to you suicide to “correct,” ugh!

You are right - I should have known better. How dare I expect some reasonable explanation as to why this keeps on happening

When I want to get bullied, I just go buy a GL, that’s certain to draw all fire on the map.

Game was extremely buggy the last 2 days for me. I hadn’t played in about 8-9 days, but it was bizarre. Lot of enemy teleports, some flat out things just not working right / not doing the damage expected; kind of odd. Didn’t really impact the result much but it was laggy despite my friend and I having 5-6 ping. Ah well.

If there’s one in the game, they will target that player over everyone else.

I can absolutely confirm this, from my personal experience as BM and when i see others play BM.

I remeber once i was right infront of a Boom as Striker and he decided to shoot the BM on the other side of the Map on Foundation.

Homie was getting juked tho lmao

But here I was, thinking to myself, that horde was a less stressful more fun experience

Best way is to buy a stick before wave 4

Today I had some reasonably good luck as BM. I tanked a Boomshot from a very similar position as your first video - it knocked my stim out and caused around 50% damage, but I survived. It’s a total ball ache that this kinda thing seems like it’s RNG with no consistency.

Also last week I saw a Dropshot literally do a U-turn after it was fired and it downed me. Scion literally had their back to me, fired the Drop in the opposite direction and it swung around back at me. Maybe it was lag which caused me to see it this way, but it was infuriating. I probably woke at least one neighbour that night…

. I probably woke at least one neighbour that night…

Thank you Pepper for lifting my spirits!

I just loved the mulcher scion and kestrel decide to stop shooting at me, look at me, waiting for my ult to run out, and then resume shooting at me… Yesterday’s daily, as Gunner…

Yeah, Michael, sure thats a bug, sure that will be fixed… Year later still a thing…

Agh, that sucks. It hasn’t happened to me as Gunner when I played on Asylum but I noticed for some reason if I stayed kinda close to the Mulcher Scion , he wouldn’t shoot at me.
Also, sometimes I had to make sure he’s focused on me before I hit my ult.