How do you meatshield someone without making them crawl first?

I saw that in Escape today… How do you do that?

Kick them over the cover

Not what i am talking about… I saw them do some kind of melee combo when they melee the enemy then somehow end up holding them as a meatshield.

Does that count as an execution too?

You melee them 3 times in a row on the 3rd you will hit them with the butt of your gun, when they are stunned you can execute them or meatshield them

With a pistol, you kick them in the stomach instead. Has the same effect otherwise.

If your on Xbox it’s B B and Hold B this will combo them and stun them. When they are stunned you can press B for the execution or X to meatshield. Once you got the meat shield you swap weapons and they will drop. All score runners in escape do this for better score as it counts as double execution. You wanna do this on Elites as they score the most.

Gotta be careful against Elite variants, they’ll swing back on the last melee attack attempt. You can pull it off if they’re distracted.

And because meat shielding elites gives you a grenade if you don’t have one already.

For anyone who doesn’t know:

Yeah this is coool, so you could keep doing a chain of meat shields if you bag and tag a elite grenadier into a group of any of these…

I once was the last survivor on the helipad with 3 Grenadier Elite’s with me. I had no ammo but one flashbang, so I just flashed one, meatshield ed it and got another flash, flashed the next one and just kept meatshielding them til they were all dead.

Whenever an enemy is unaware (won’t work on The Surge or any map that auto aggros), you can walk up to them and meatshield them from behind. If any teammate jogs or runs, they’ll be alerted.

I made a video on YouTube discussing how to perform the melee combo technique for PvE a few months back. 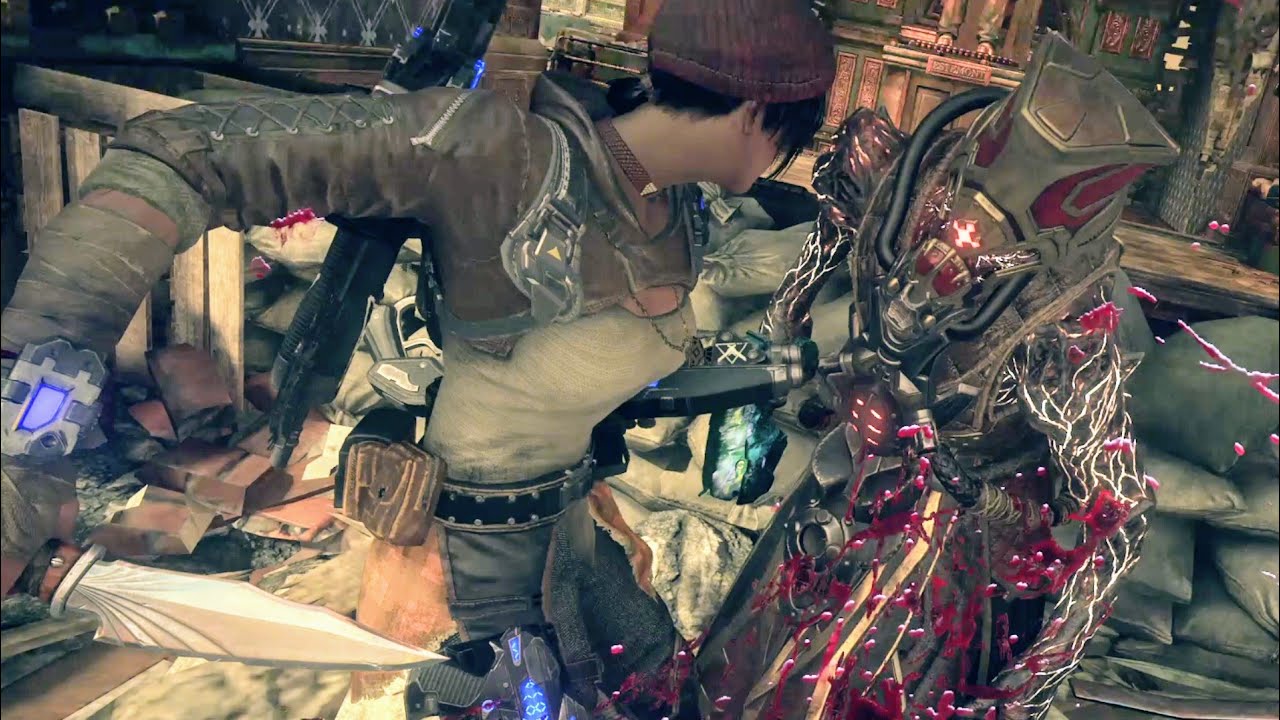 Oh so that’s how you do that combo. I really wish they included that somewhere in the tutorial because I never knew about it until one of my teammates did it randomly and they even paused after doing it. That will be useful for my Keegan.

As people have mentioned, plus cole has his slow punch that you can instantly meatshield enemies with immediately after the punch lands. Works on all difficulties. Saves a lot of ammo.

Honestly the Grenadier should give frags.

Was just about to post this since Cole’s melee combo is different from everyone else.

One close range big punch with B button/melee button and then the enemy is stunned long enough to meatshield or execute.

The Grenadier only uses frags in Campaign, anyway.