Horde "Fun" Modifier sometimes aren't really fun - however "Voiced Guns" would be one, why is it not in there?

Seriously, I loved that mutator in campaign. Now that it also becomes selectable for PvP matches, why not have it one that can appear in Horde too or can be toggled on by the host for any match (same thing for Escape)?

Confetti Headshots is alright, doesn’t do much of a difference.

Zero Gravity Bodies blocks line of sight on some enemies and therefore is more a negative mutator than a fun mutator.

The latter two could at least be replaced with voiced guns mutator.

Id rather have this than confetti headshot and bobble heads lol

does always active reload count as fun? I enjoy being a demi-god for a day once in awhile.

Good point, forgot about those actual fun modifiers (basically the non-cosmetic ones).

Short- long range Gambit should be a difficult modifier instead of fun mutator because it’s the most annoying one that I never select any of those. It even makes the game to be more hard than the other mods that come with the daily

short range gambit on Pahanu was one sadistic combination.

That’s the first Daily that I’ve played that we gave up on.

does always active reload count as fun? I enjoy being a demi-god for a day once in awhile.

Wish they had this in Gears 5. Wouldn’t even care if it had a negative affect, like lowering the drop rates for rare cards, and less xp/cxp. It was always fun to use this in gears 3 horde, and just go to town on grubs.

It is in gears 5 what are you talking about? Do you mean permanently?

It’s not in Gears 5, but I was thinking of the super reload and infinite ammo mutators. 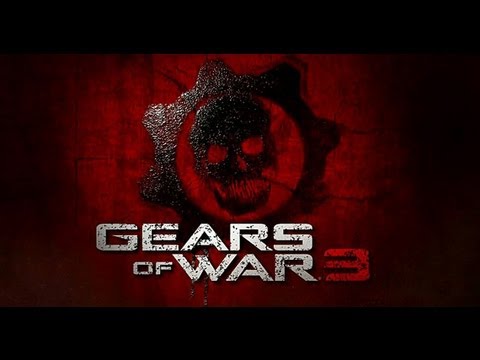 Always active is a thing in gears 5 though

Really? Didn’t know you could pick custom mutators for all the maps. Where is it?

Hmm…What??? Think I missed something

pretty good Mod and Map for Infiltrator and Blademaster so i don’t see the Issue.

not being able to play with a mid- long range class and only using melee or shotguns in master, that’s the problem. Now imagine getting a kestrel, flock or waakatu as bosses and you understand why that mod was made by satan himself

only using melee or shotguns in master, that’s the problem.

Kait / Lahni / Cole all have great survivability outside of the base and Pahanu is such a huge map that you can pick out enemies one by one.

Short range gambit is 10 meteres iirc, 5 meters would be truly devilish as the Kestrel almost never flys that low. But he also doesn’t spawn on Pahanu, only the bird.

Kait bleed and it goes poof.

What for him to emerge, Kait OVK spam and woosh, the health bar is empty. Just gotta finish him off midair.

Yeah I remember killing a waakatu with tackles only but that mod is annoying when it’s supposed to be fun, especially with randoms that don’t know how to read mods even when they are re-up 50 and i constantly lose matches because I’m the only dealing damage

Robotics Expert’s DR1 is its own unit and ignores those modifiers (it also ignores the 90% reduced bleed modifier) which is a nice counter-measure against those enemies.

But yes, especially against a Wakaatu, that Close Range Gambit is really annoying.

I didn’t know about that, it’s the same with current mechanic ult?. DR 1 with bleeding is OP but I use that card in like 2 out of 10 matches because I prefer 35% bleeding on torque + precision repair and sometimes the DR 1 just walks like an idiot and ignores enemies( I know you have to mark them)