Hear it from a pro player then

he’s saying it’s too easy now and that the movement in relation to the weapon tuning is off. Remember what we were saying on the big tuning thread? this tuning is not more complete than the previous one. if you like this or that better then fine but it is in no way more polished.

“The game just feels very stale, everybody plays the same way, it’s much harder to tell the difference in players gameplay because it’s all just too easy… everybody is just relying on 2 shot downs or a cheesy wrap shot for every gunfight. The skillgap sucks right now in my opinion… but i still do love the game. I’m literally a gearshead”

he also says, “im already slow, so why can’t i just shoot?” lol 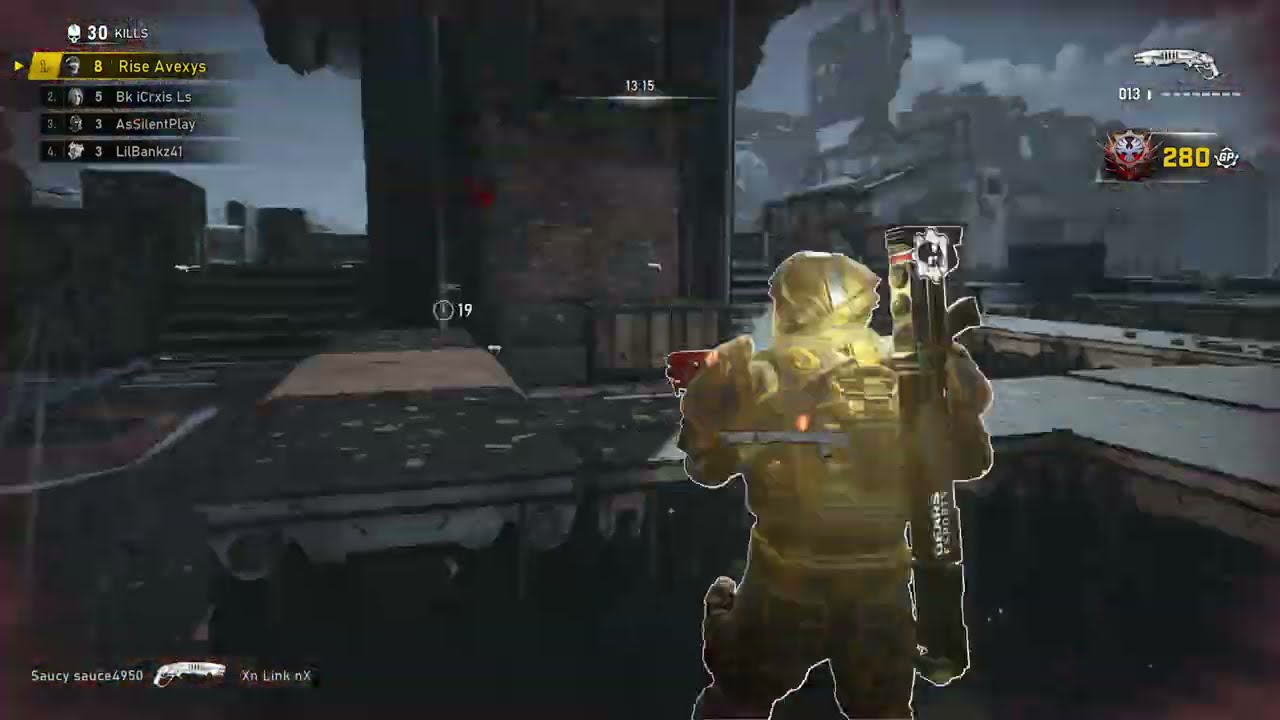 I’ve been sick and tired of the hundreds of complaints here about this tuning from mere puny peasants for a while now! It’s great to finally see someone at a much higher level who actually matters as a human being stepping up and complaining about this terrible tuning as well.

Don’t care if you are in the pro league or just playing for fun you don’t speak for me and your opinion carries the same weight as the next lol.

I am joe nobody. I play after work and parenting.

The last thing I want to do with my game time is participate in shot guns on ice.

If it is so easy and boring why are you playing 10 hours a day? It’s not easy for most people, sorry, maybe u got burned out. Maybe instead of entertainment it has been made into a job for some people. That’s on them not the game!

Casual players buy one copy of the game. Pros? Assuming one copy especially now with digital ones.

The idea that one vote or purchase is more valuable than another makes little business sense.

With all this talk about a lack of skill gap do we expect casuals can hang with the pros? No way, does not happen in practice. Are we thinking the top 1% are not differentiated from the top 3% anymore? Why would I care about that?

Yet proceeds to lose 10-0 to PK yesterday.

What warpig suggests is very important, your casual players are the ones who will buy the game for the campaign or arcade mode tubings etc, I think that’s why ranked tunings being separated helped gears in the past instead of one tuning fits all playlists. The pro players are the ones who will stay longer after sales and you can then focus on cosmetics and things that might keep that lower percentage of players around afterwards. However most player bases aren’t happy, escape is the only thing near polished on gears 5 imo minus how well it plays being higher FPS then the other gears titles.

i definitely agree that all opinions matter and i died on that hill about 20 times on the big tuning thread, but i just wanted to post this in case anyone out there needed to hear it from someone not from the forums, someone who does it for a living. it is not the first time avexys talks about it, the previous time it was posted all over the big tuning thread.

hopefully TC can at least acknowledge that the big tuning thread wasn’t just a “circle jerk” like it was called by some.

i still strongly believe that it’s like TC is happily driving the car while the kids are crying in the backseat. Something like what mainstream media does for the population but that is not a conversation for here.

Revert back to the previous tuning and leave it as that . It’s the best one by far on a gears of war game .

I’ve watched a lot of Avexys’s vids and have always enjoyed his content. While I certainly don’t play anywhere as well as he does, I’ve learned a lot of tips and pointers and have gotten better from his insights into the games.

I’m glad a top pro is saying what the community here on the forums has been saying. That the new tuning is too slow. On top of being too slow, TC added in shot delays that punish you for outplaying your opponent. We’ve all been there, where you make a nice move and are ready to chunk your opponent, except oops, no. Shot delay. You’re dead. The Op4 tuning was good and I feel like a lot of people on the forum felt the same.

Some of the other things he said, I’m not sure I can sympathize with too much. He’s kind of complaining that basically unknown. ranked players can sometimes kill him. I mean, cmon. I’ve watched plenty of his videos and the guy dominates almost everyone in this game. He said in previous Gears games , at times he felt almost unkillable. That not a reasonable expectation, IMO.

He said something else to the effect that sometimes ranked players can kill him because they do things or make moves that are unorthodox or unexpected . Hard to sympathize with that one. Sometimes you get a kill on a really good player because you make a move that is unexpected or unorthodox or maybe just because your’ not a pro and don’t play like one.

In any event , it’s nice to hear a top pro complain about some of the same things we do, even if he’s coming from a different viewpoint than most of us. He thinks it’s too easy for casuals to get kills on him.

Now that one of the kings of Gears is saying what us mortals have been saying, perhaps TC will take notice.

Op4 tuning was nice. I think the sentiment on the forums was it was pretty tight and to please leave it as is. They didn’t sadly… and he we are.

People who are enthusiastic about a game tend to want something to work towards. In VS, honing skills is one of those things. When the devs specifically cap certain long-time Gears features in order to create a more level playing field between people of various skill sets, it feels like a direct insult to players who have put a lot of time into developing Gears-specific skills. MATCHMAKING is what should keep you away from people who are going to trouble you with their movement. I think the problem is that people are condoning the devs dumbing-down the game rather than holding them accountable for matching people with opponents of similar skill sets.

It’s troubling that this community divides themselves like political parties as either people who have high movement skill or people who don’t. I think everyone should be able to enjoy the game without wanting to ruin it for what they see as the other party,

This tuning literally stops you thinking ahead of your opponent.

And you can’t do it on this tuning you press the buttons/ sticks and you literally get nothing but a slow dreadful mind numbing experience of a response, which results in getting killed by a bot that has no skill or movement and does you in one shot due to the massive gib range which is so obvious it’s so flawed and reduces the skill gap to nothing .

Wait a minute, that’s not Homelander. I thought you were a man of culture!

You know it’s funny. I almost used him but I wanted to relate to the people more.

I’m sure the game does feel pretty easy when it’s your job to play it.

I’ve played against pros. They stomped me. They would have stomped me on the old tuning, too.

I’m just not going to hop on his bandwagon, since he plays at a much higher level than most players. There’s clearly a large skill gap still, you can see that he has a ten point lead on other masters players in the video.

A better rank system would go a long way towards this. In previous Ops, with the old rank system, I wasn’t playing against Masters tier players for a reason. Occasionally I’d play with some Diamonds but mostly I was playing with Gold and Onyx players. Now that the ranking system has been noobed it allows folks to hit tiers that they wouldn’t be in otherwise, which can sometimes lead to embarrassingly one sided matches.

I still think rather than having to scrap this current rank system, they could add another tier at 80-100k points. Your’e only going to hit that if you win a lot in Masters tier. I never really got much above 64-65k GP myself .

Ran into Avexys a few times in custom matches back at launch.
Anyways yeah the tuning sucks.