Have they talked about Mutators outside of Dailies?

Because this current mutator is reeeally fun to have on 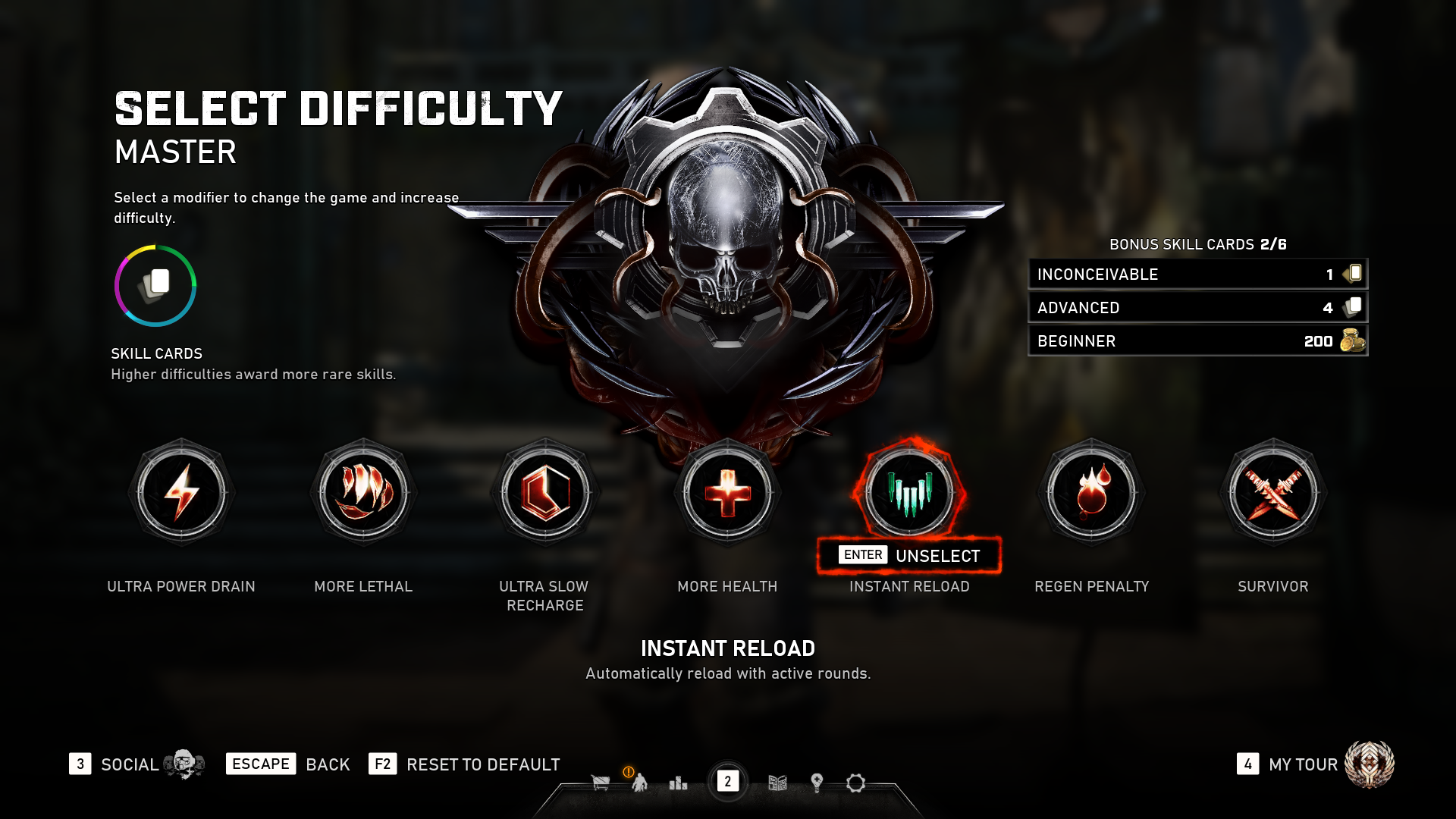 Seriously they should make it so some of these merit mutators can be selected in custom and just hard lock them with whatever demerits they feel necessary. I’m not a hardcore horde player that has completed many masters but I found the auto actives really fun.

I’d like to hear everyone elses opinion because I know some classes rely on their ultimates more than others so that power drain/ultra slow recharge can be annoying.

I dont think they have said anything, but I do hope they make a system like gears 3 except we can choose as many or as few mutators as we want.

I’m sure auto actives are great for all classes, except Veteran cause they don’t work outside of the ult(presumably due to the auto reload of Living Legend), and if a Blademaster uses the Breaker Mace cause the active bar on it breaks the durability indicator until you swap weapons again.

Ultra Power Drain also sucks for all classes which need weapon lockers and/or don’t have an ammo regen perk, cause you can’t have lockers. Ultra Slow Recharge doesn’t necessarily impeed with their potential as much, but some classes still are disadvantaged more by it than others.

I’m not really the biggest fan of this mod set for the aforementioned reasons. Maybe would be great if there were more modifier set choices in custom lobbies than just the standard set while the dailies still have random ones with extra rewards for completion. Haven’t seen any mentions of such an idea from TC though.

All mutators should be in custom horde.

In my remember, Dana ask it to Michael one of the first stream of operation 5, and he answer like it would be difficult cause each mutator have a different multiplier,and it will be hard to had it to custom due of the green mutator for I don’t know each reason, about the reward I guess. Or something like this,

I’m gonna try to find out the stream. Was the one in my guess, when they were talking about how they made river and nexus.

Excuse my language but I ■■■■■■■ love this set of mutators lol. Ranged Cole and Mac are my all time favorites for this one. Lahni is great on this one too because doesn’t need ammo or a locker lol. I LOVE IT!

I don’t think they would add it to customs unless they have a way of preventing players from using all the mutators that benifit players all at once. im not saying I don’t it in customs but that players choosing all the positive mutators would be my guess as to why it won’t be added.

They to lazy and don’t give a crap. Could just limit to one positive mod and no more in custom lobbies.

Or they could finally seperate mutators and difficulty.

This is why I think you should have a selection of mods that come with that specific positive mod
like if you pick Instant Reload then you’ll always get Ultra Power Drain and Ultra Slow Recharge
or If you do Increased Headshot you’ll get body damage reduction. This is the only way I can think of doing it balance wise. Cool as it would be to select whatever mods we want they wouldn’t give us that power.

Thats what I am thinking. Maybe if they put these pre made ones we already have in then it would be fine. I mean id like to take some of them on outside of waiting for them to appear in daily challenges. Thats just me anyway I don’t how the vast Horde community would react to having what is in the dailies in customs as a preset.

Nope. That would lower the difficulty of Master, which is unfair.

They could do what the Jedi council did to Anakin and not grant the rank of master.

And subsequently create a lot of dark side followers.

I don’t think TC cares too much about what makes Master, well, Master in Horde. Clearly some mod sets are a lot easier than others.

What you talking about? We do dailies on master now with a positive mod. What difference is that?

Kind of like @AmicableWall421 said some Mods are easier than others is probably what he means. Still I don’t think its a huge deal…EXP was boosted and many max re-up people worked harder than others but it still happened.
in short I don’t think they care about fairness TOO much
are the leaderboards even reset for escape?

The whole masters thing is BS to me now. With the amount of bugs, glitches and bad mechanics in the game it’s not about how good you are or your team is. It’s about how quick the game can screw you over these days.

Don’t be so outrageous.

That part of the game and the UI wasn’t designed well. Changing modifiers requires changing hardcoded UI elements, so it’s hard to make that selectable…

Perfect example of ‘coding exactly to spec’, and not thinking ahead to what might come in the future.

What they could do is simply allow players to select the modifier set (not the individual ones) in customs,

My favorite is definitely the melee one, tackling/knifing everything is hella fun.

This is stressful lol…I think the only thing worse than this is when JD/Keegan are spamming GLs shaking my entire screen making HS 150% harder to hit.