I love gridiron as a game mode & would much prefer this over escalation. Personally, I find it better to play & I think this could be a much better watch compared to escalation.
I also think gridiron could be played more & encourage more new and ex players to play competitive again.

These are just my personal thoughts.
I also think the wep swaps are much better on this game mode compared to standard map layouts.

Personally, I find them both awful and tedious. I don’t have the time to waste on them. Maybe I’m too old fashioned.

These are just my personal thoughts.

Gridiron should be infinite respawns where the only way to win is to get the flag into the opposing endzone. I find it absolutely baffling that it is a single life mode and that most victories therefore don’t even involve a touchdown.

Infinite respawns on a max 5 sec respawn timer, 5 v 5. That will create a frantic scramble where you can push further and further up by if you aren’t careful, lose it immediately through a gutsy play by the other team.

Seriously - what is the point of the flag, when you don’t even need to go near it to win the round?

I use to play capture the flag on Unreal Tournament and that was fun, because it was at a much faster pace etc.

Gridiron does not suit Gears gameplay.

Old fashioned means your an execution player/supporter for gears I assume?

I love gridiron as a game mode & would much prefer this over escalation. Personally, I find it better to play & I think this could be a much better watch compared to escalation.
I also think gridiron could be played more & encourage more new and ex players to play competitive again. 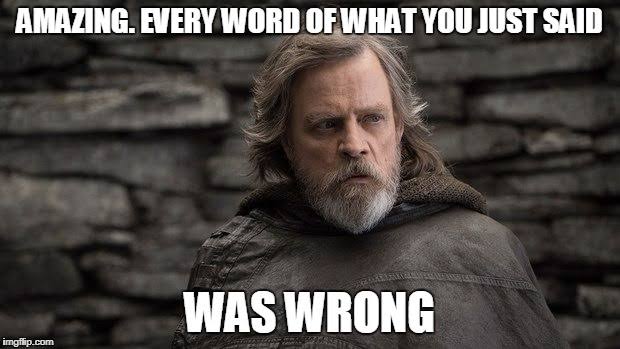 A lot of people didn’t want stacks, look at he state of TDM now

Gridiron will likely be played alongside Escalation in eSports in the future. Players and casters alike have said on stream that they’d want it to happen. Fans seem to like that too. But they can’t just throw new gametypes into major events mid-season lightly when talking about pro-level tournaments which is probably the reason why there’s been separate, smaller Gridiron events. They’re likely testing the settings, map pool and weapon swaps before pairing it with Escalation.

I strongly disagree on Escalation being a worse gametype to watch, though. It’s a great gametype to watch because of the diverse options in strategy and different playstyles teams have.
Also, Gears has really good casters who are both acknowledgeable and enthusiastic about the gametype and the scene.
It does a lot for any eSports title when the casters know the game so well and know how to help viewers follow the match. I lost interest in Halo eSports largely because the enthusiasm was missing, as if the casters weren’t actually very interested in the game.

Point out too me where I said it was if you can.

I said single life modes ARE gears, you brought up TDM…

The point of the flag is to prevent stalemates and draw attention.

And yes, you do need to go near it. If you put all your resources away from the flag and the enemy notices, they will take the flag and win an easy round.

The flag being redundant is simply not true lol.
Except for when one team can’t stay alive at all and allow the other team to do anything they want. Only then it’s redundant.

All gridiron needs is execution rules. Warzone rules are too casual

Overall gridiron as CTF mode is ok… it doesn’t feel like real capture the flag. If it was set up like halo it would be perfect. They should’ve done like a search and destroy mode for single life objective instead of CTF.

I personally miss escalation so much! But the gears 4 version where it was execution rules and the spawn time went up deeper in the match. The added warzone rules which was real dumb

Thank you I totally agree. Gridiron doesn’t feel like a CTF mode at all

TC never said that they aimed to make a traditional CTF mode, though. They said they wanted to make a elimination/objective mode, which Gridiron is.

People who expected and still expect Gridiron to play like traditional CTF are disappointed because they were expecting the wrong thing(even though TC originally said Gridiron would be a lot like Execution, and that that the idea was to create an elimination mode without the stalemates because that was the only major flaw of Execution)

The action is still very much centered around the flag, even if The round ends with an elimination, because if you let the enemy get the flag you’ll be giving away the round even if you’re at a player advantage.
One thing a lot of people ignore or forget is that the scoring is not the sole purpose of the flag. The location of it determines where the action will be in the beginning. A team can also use the flag to draw out enemy players (that’s often your best bet in situations where you know the enemy has a power weapon or if they have otherwise so strong a setup that you need to try and separate them). And so forth. There’s more you can do with the flag than just capturing it.

Like I said earlier, anyone who expects Gridiron to play like your normal CTF mode will be disappointed because Gridiron isn’t even supposed to be like that. It’s like going into KOTH and trying to play it like TDM with unlimited respawns, only to realize that the mode doesn’t play very well that way.

If TC can come up with a traditional CTF mode that works well in Gears then I’ll be all for it. But Gridiron is different and it’s great for what it is.

Escalation 2.0 is perfect for eSports, for which it was built. It didn’t work in versus matchmaking, though, because it’s too complicated for most players. Especially when playing solo. I already often had problems with randoms in Gears 4 Escalation because it was a bit more complex than most available gametypes lol. But it was certainly playable and, imo, the best gametype in Gears 4 matchmaking.
I don’t mind not being able to play Escalation at this point anymore, tbh. I enjoy Gridiron, KOTH and 2v2 well enough.

I still find Escalation exciting to watch though.

Yea that’s a fact. It’s pretty chill when you look at it as an objective single life mode. I really like the flag itself, I looks cool and is fun to carry. It would be sweet of gridiron had execution rules at least but oh well it is what it is.