Great role model for the community

SASxSH4DOWZ is one of gear of war’s most popular content creators and on stream consistently complains about being stream sniped, even though no one stream snipes him and people come up against him frequently because the gars of war community in Europe is small. Here are 2 clips of him leaving and dodging us and in one he is bragging about pulling his ethernet cable out to avoid us. We didn’t stream snipe him, we go into his stream after we play him and come up against him to see his reaction. He has a 15 second delay on his stream anyway.

Twitch is the world's leading video platform and community for gamers. 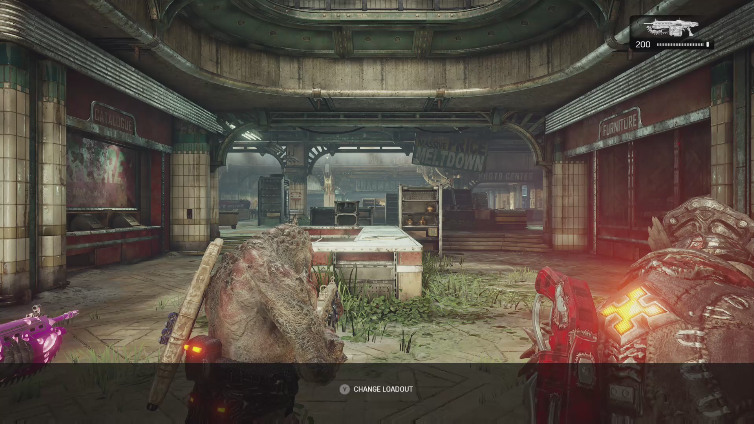 It amazes me how one of the biggest content creators on the game does this and the problem is still not resolved, dodging ruins not only the opposing teams experience of the game but also teammates experience of the game, in the match where he left after it started, his teammates took a loss and potentially therefore percentage loss and we had a very boring game which is a waste of time, especially considering the amount of time we already have to wait for a match. How is dodging still a problem in the game, and punishments need to be stricter for people that straight up leave the match. a 30 minute ban is not enough.

This is being used to highlight a greater problem in the game, this is not a specific attack on shadowz but I am using it as evidence because this has been a problem for so long and nothing is ever done. it is to highlight that if a Diamond 5 player and the most popular consistent streamer on the game does this then it should be resolved

I feel that this thread will get locked because you are calling him out. I don’t think that is acceptable here.

that’s annoying, but can you see the problem? he is probably the first person a lot of people will find when they try search something about the game and he does this and there are no actions taken.

I get it but it’s still going to be locked probably. This is something you should DM Octus/Vectes tbh. It’s in their guidelines I believe. Me for one, does not care who he is or how much work he has done to help Gears. I don’t follow anyone who has and I never will.

we have bought up this problem to them nay times through dms on twitter, in the Thursday streams and via the forums but nothing has ever happened and it is getting to the point where we will sometimes wait up to an hour for a match or end up playing on US servers on 130 ping all night. Nothing is ever done

I get you dude. You really shouldn’t wait around for TC to do anything about it now. The game is too far into it’s life cycle for them to take any major updates anymore since they have 90% of their team working on Gears 5. Also, I wonder if they would take action against a guy who has helped promote gears altogether.

exactly, I don’t think they will either, but im not really that bothered about them taking action against him, im just amazed that he does it, he even gets given characters early by TC to showcase them and then he ruins the experience of other players and is toxic about us on stream for something we don’t do

Well that’s just it. As a matter of principle a player shouldn’t be treated any differently to another just on the grounds they produce content that promotes GOW. A quitter is still a quitter. I hope TC look into it and take appropriate action.

If he’s doing this on stream then I feel this should be open for discussion here.

I don’t have a lot to add other than this reminds me how my friends and I were accused of stream sniping after we beat a stack of streamers (a couple of whom are petty well known) recently. It’s a small community and I really didn’t appreciate being slandered because they couldn’t handle getting the L from a lower ranked team.

same situation, we don’t really mind it because we find it funny, but we now get consistently called out and called stream snipers by his regular viewers even in global chat and in messages and it is all because he took a loss to us, a loss which is expected because he does solo queue and we are in a 5 most of the time, just accept the L, don’t make us out to be something we are not, even if he does not tell his viewers to call us out and stuff it still happens. I have been a subscriber to him before through payment and twitch prime, yet he still does it.

Stop lying you POS stream sniper. He didn’t leave b/c he seen it was you and your cringe 5 stack.Get a life and stop playing Core with a 5 stack. And stop posting nonsense and acting like you’re doing the community a favor. No one cares about you crying like a baby b/c you’re jealous.

Honestly when I first heard of the guy I was never interested in what he had to offer because as far as I was concerened it was just another youtuber making videos of themselves playing the same game over and over and honestly it would just bore me to death. Regardless of his standing in the community he should be held to same standards I am held to but being realistic TC will more than likely not take action because he advertises and possibly (probably small amount) helps the game off the shelves of game stores into the Xboxs and PCs of gamers.

Stream sniping is a horrible excuse for a poor a preformance. I don’t like coming across players who just blame anything they grab into because they are losing and quit. I know stream sniping is a thing and it does happen but I don’t think it happens everytimes someone says it is happening and honestly if I can’t prove it then I get on with it and don’t blame others for my bad preformance.

he clearly did, it is clipped buddy. he talks about pulling out his ethernet cable because he saw BAZZ gamertag. and I am posting this because it is a serious problem, it is ruining our experience of the game

You a fan boy of the accused?

Lmao, coming from you RQ Gnasher, I am not surprised you’d post things like this.
I’ve never witnessed you do anything but be annoying to streamers whenever you do play them.
Especially if they actually want to interact with chat, all you’re doing is giving people more reason to watch his stream by making a crying post about something 1 person does to your experience, but I’m sure if I brought up some clips of how you acted, they wouldn’t feel a smidge of sympathy for you either.

Star Spawn buddy get out his ■■■, if you didn’t look at the attached clips he pulls his Ethernet to avoid playing, the fact that you’re tryinh to defend him and say it’s our fault some how is pathetic, it’s not an attack on the guy it’s just a way to display the problem, with him being one of if not the most known content creator for gears of war, just chill out and get off your high horse buddy

He was joking and you jumped on it. WTF is wrong with you? You’re not fooling me with this. I was in the stream during that clip. It’s people like you who are hurting the game. No one asked your opinion. You’re only doing this to get your name out. Go stream yourself,make you own YT vids and stop worrying about other people.

Are you saying this isn’t a problem, read the bottom part of the post. you and shadowz are decent players and I am trying to highlight a problem that is ruining mine and my friends experience of the game