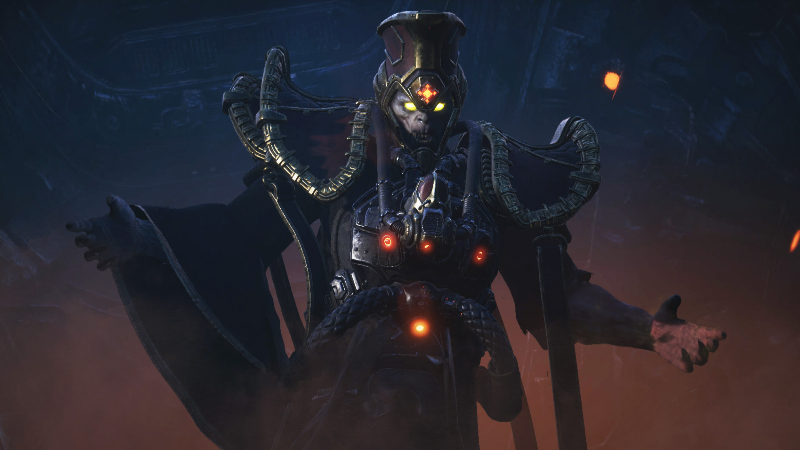 Get ready for the fourth blog in our Gears Tactics Dev Blog series, as we give you the advanced intel on the Locust enemies you’ll be facing on the battlefield. Ukkon The big bad himself – Ukkon is the monster who creates monsters. This Locust...

Get ready for the fourth blog in our Gears Tactics Dev Blog series, as we give you the advanced intel on the Locust enemies you’ll be facing on the battlefield. 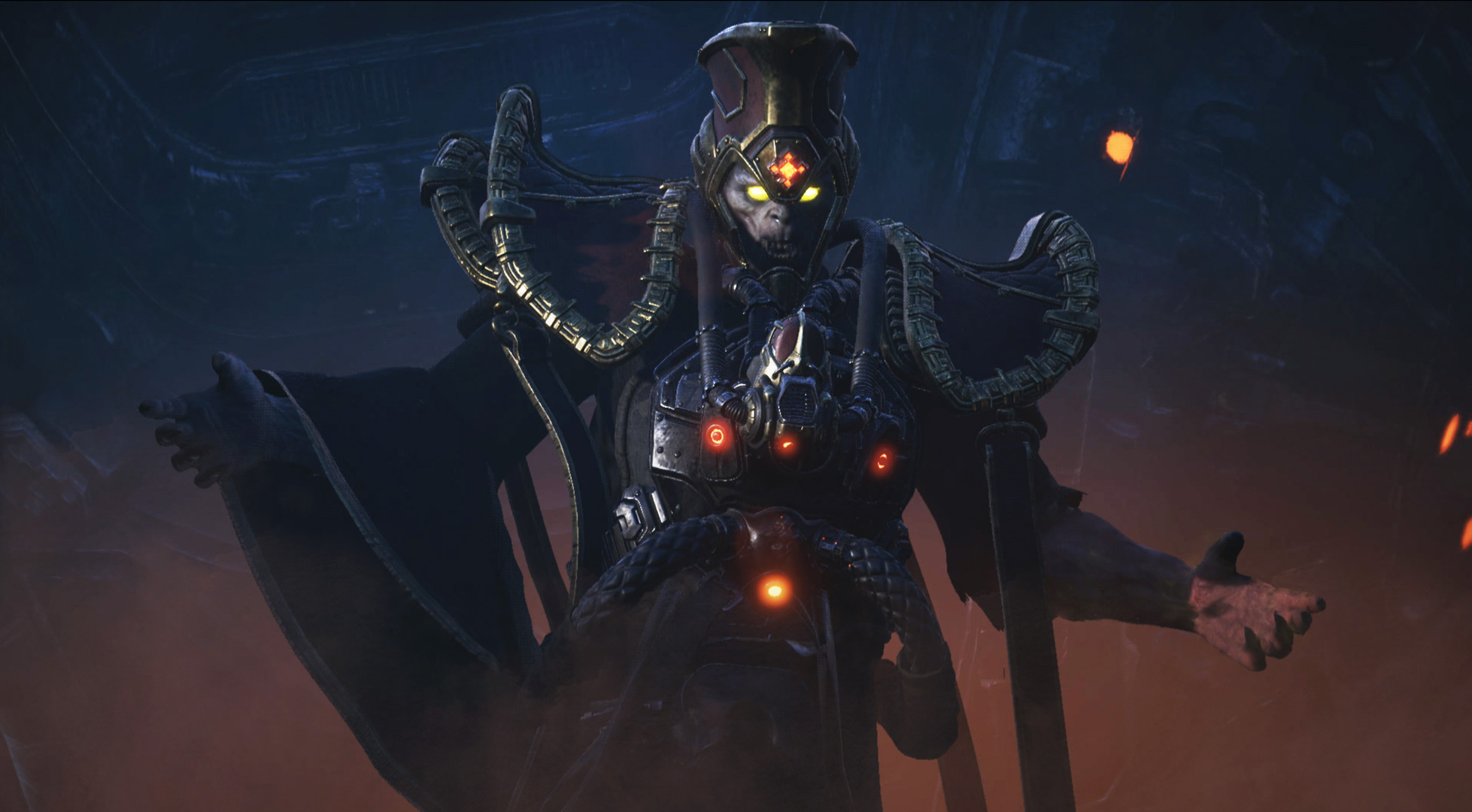 The big bad himself – Ukkon is the monster who creates monsters. This Locust scientist is responsible for the genetically engineered creatures that have terrorized the people of Sera since E-day, including the Brumak, Reaver and Corpser. Even worse, he’s now using Imulsion to create a new breed of biological horrors.

Here’s what stands between you and him when you get playing Tactics next week. 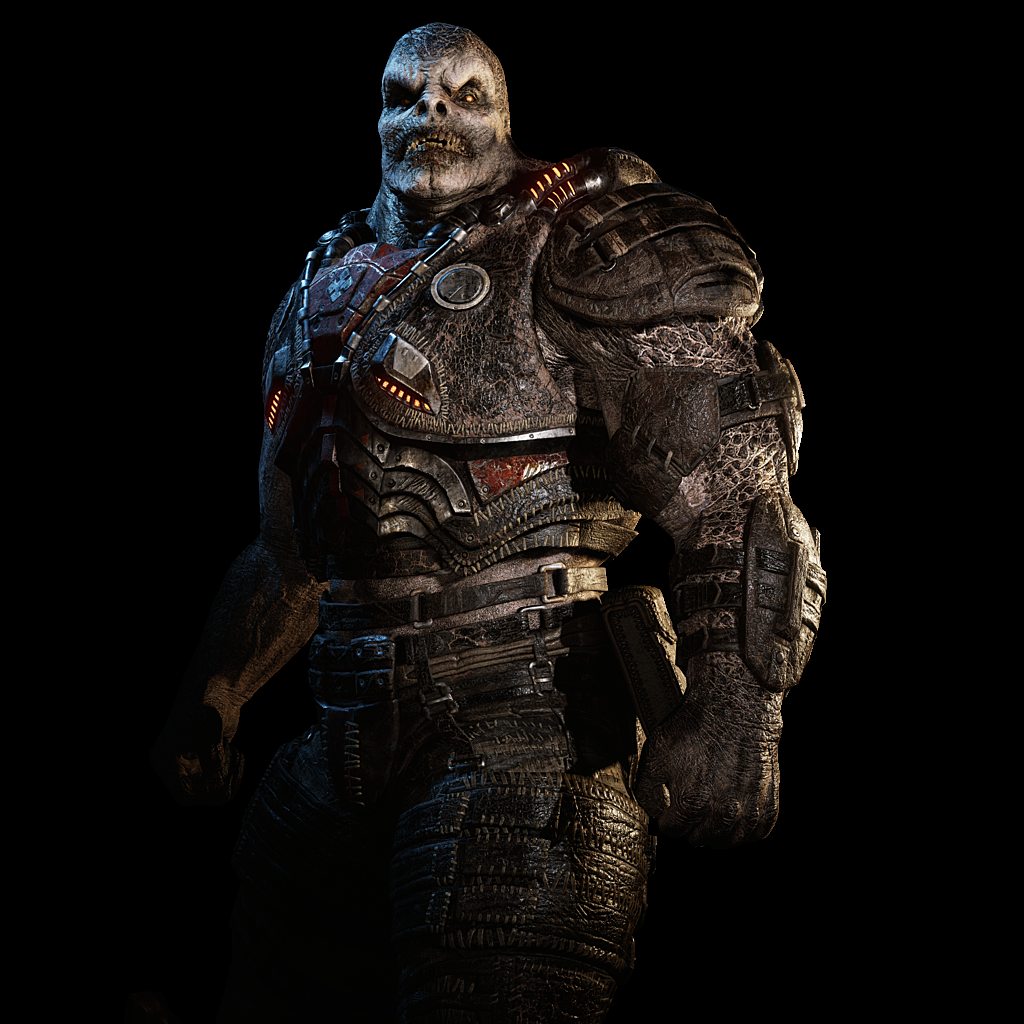 The backbone of the Locust Army – resilient, smart and coordinated. Drones will use their Hammerburst to deal decent damage at any range, while looking for any opportunity to flank your position.

The Locust Grenadier is a tougher variant of the Drone that is trained to push you at all costs with its deadly Gnasher shotgun.

Another Drone variant, the Locust Sniper is (surprise!) a specialist at long range combat.

If Snipers are pinning down one your units, interrupting them with abilities like Disabling Shot or Grenades is key to saving your bacon. 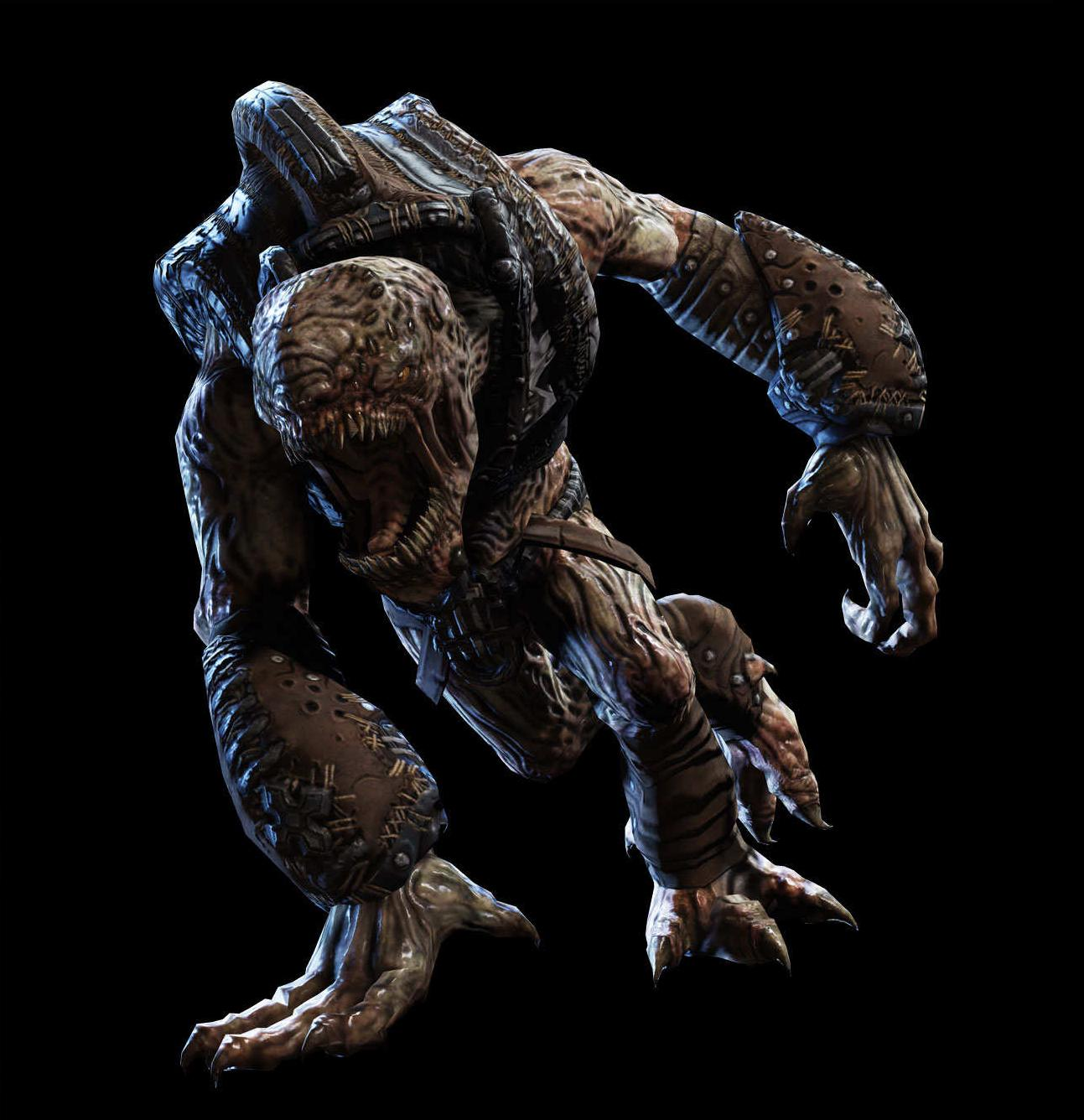 Small, fast and mobile; these monkey-dog like creatures bound across the battlefield in packs.

They might not seem like much of a threat, but if one of these guys gets in close, you’re in trouble. Not only will the Wretches’ melee attack deal damage, but it knocks you out of cover, making you more easily targeted by other enemies.

Like the Grenadier, Wretches also have a short-range opportunity of attack – so trying to move out of their melee range or charging at them with a chainsaw is a no-no. 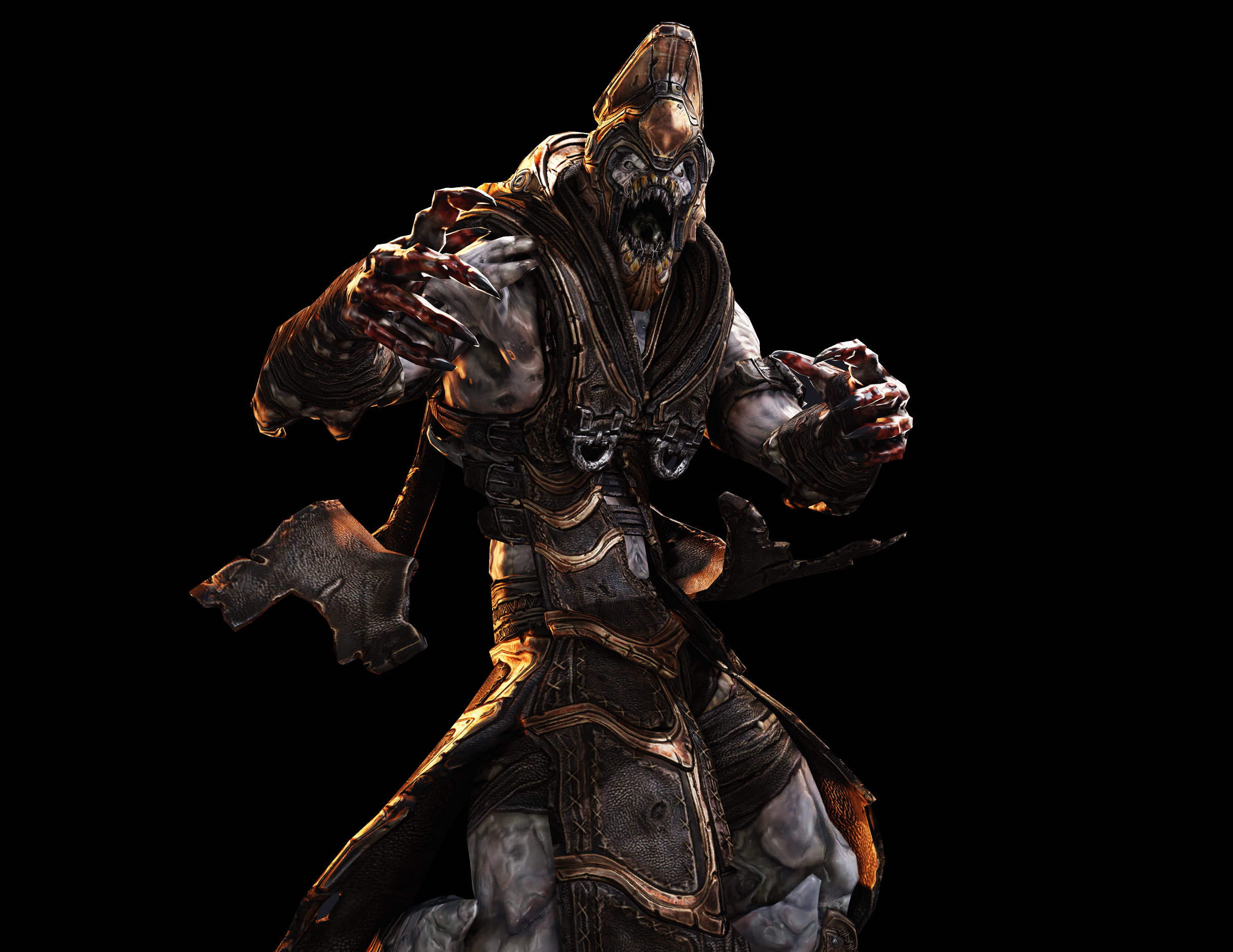 The Kantus is a form of Locust Priest that can ‘toughen’ units in a nearby vicinity for three turns.
This is one of those units that you’ll be hunting, cursing at and cheering about removing from the battlefield. The Kantus purposefully stays off the frontline, as much as possible, keeping distance while consistently buffing those around him.

His toughening buff makes units significantly harder to kill – we’re not talking a little more HP here. The damage reduction these units gain will turn even a normal Drone into a huge threat, so your best bet is to remove the Kantus as early as possible. 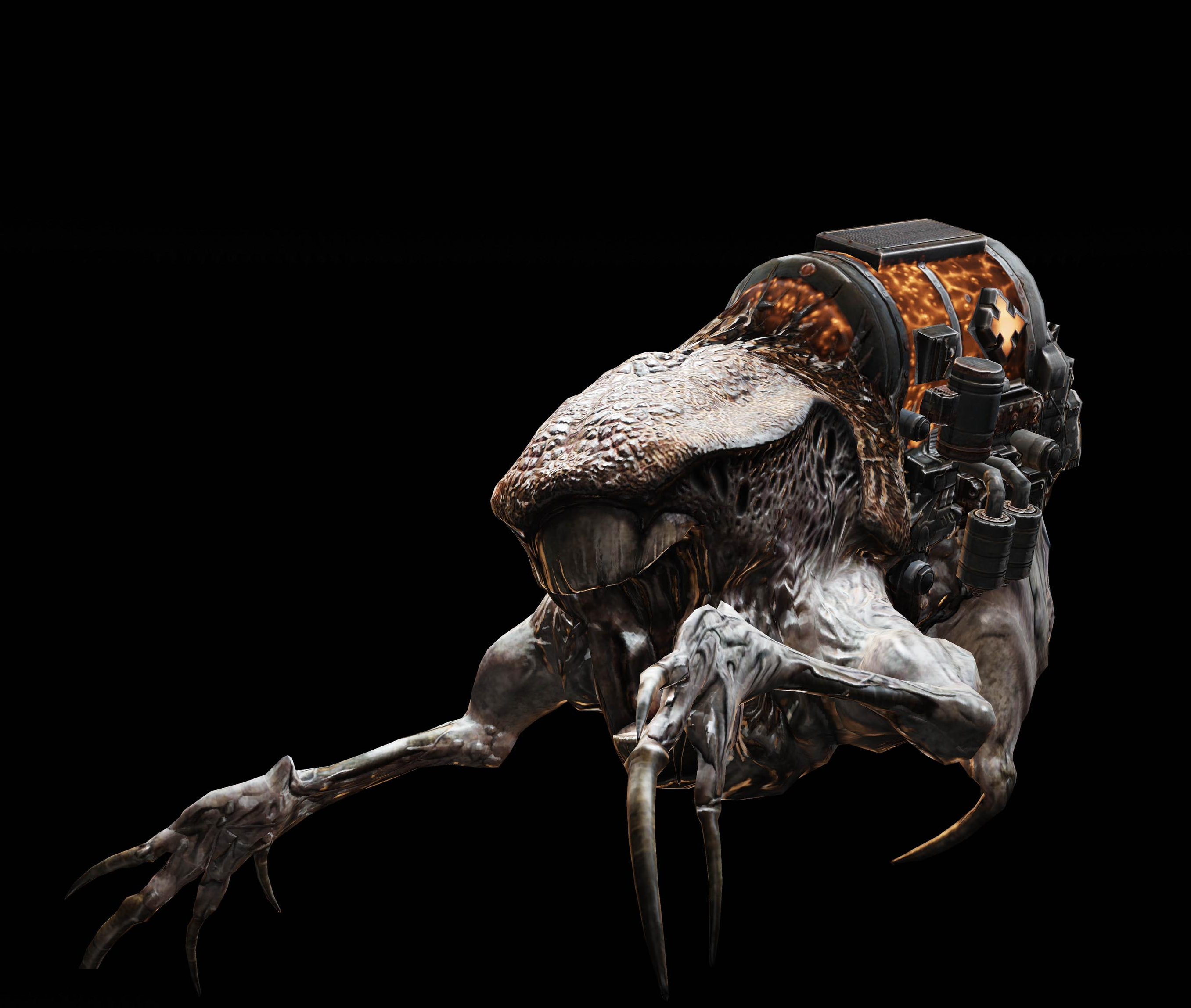 Introducing organic creatures with bombs on their back! Yes, really.

The Ticker is a small Locust creature that explodes when it reaches a unit, dealing massive damage in a radius around it. Tickers usually come in packs and then spread themselves out, moving elusively through the battlefield to make themselves a hard target.

Every shot you take to wipe out a Ticker comes with an added nail-biting twist – if you fail to kill the Ticker, it will get to instantly move towards you right there and then. Even worse, there’s no limit to how many times this can happen in a turn.

When faced with Tickers, take high chance shots with a good chance to kill – and don’t stop panning that camera for sneaky flankers! 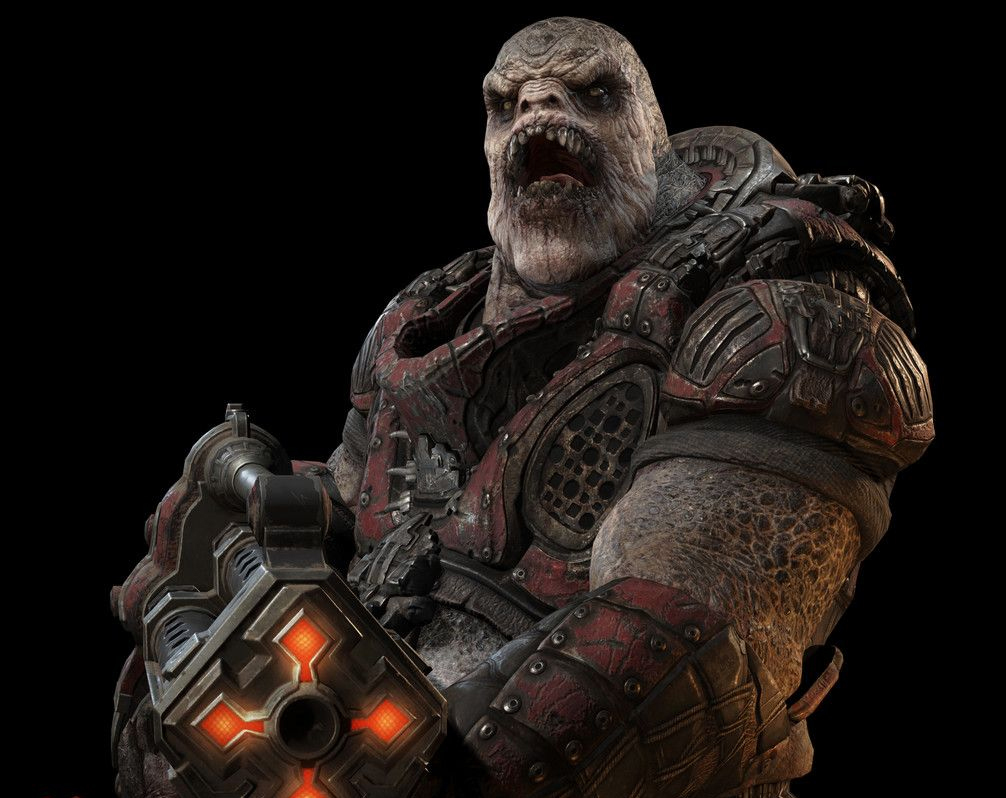 Boomers are a hulking lot of walking hit-points carrying one hell of a grenade launcher (known as a Boomshot). While slower than other units, Boomers compensate by hitting you with their explosive grenades over cover, dealing huge damage. These explosions are so head-rattling that your units will also have significantly reduced movement for several turns after too.

Put everything you’ve got into Boomers and keep your units spread apart to minimize their impact on your squad. If you take one out, their Boomshot is yours for the taking to turn right back at ‘em! 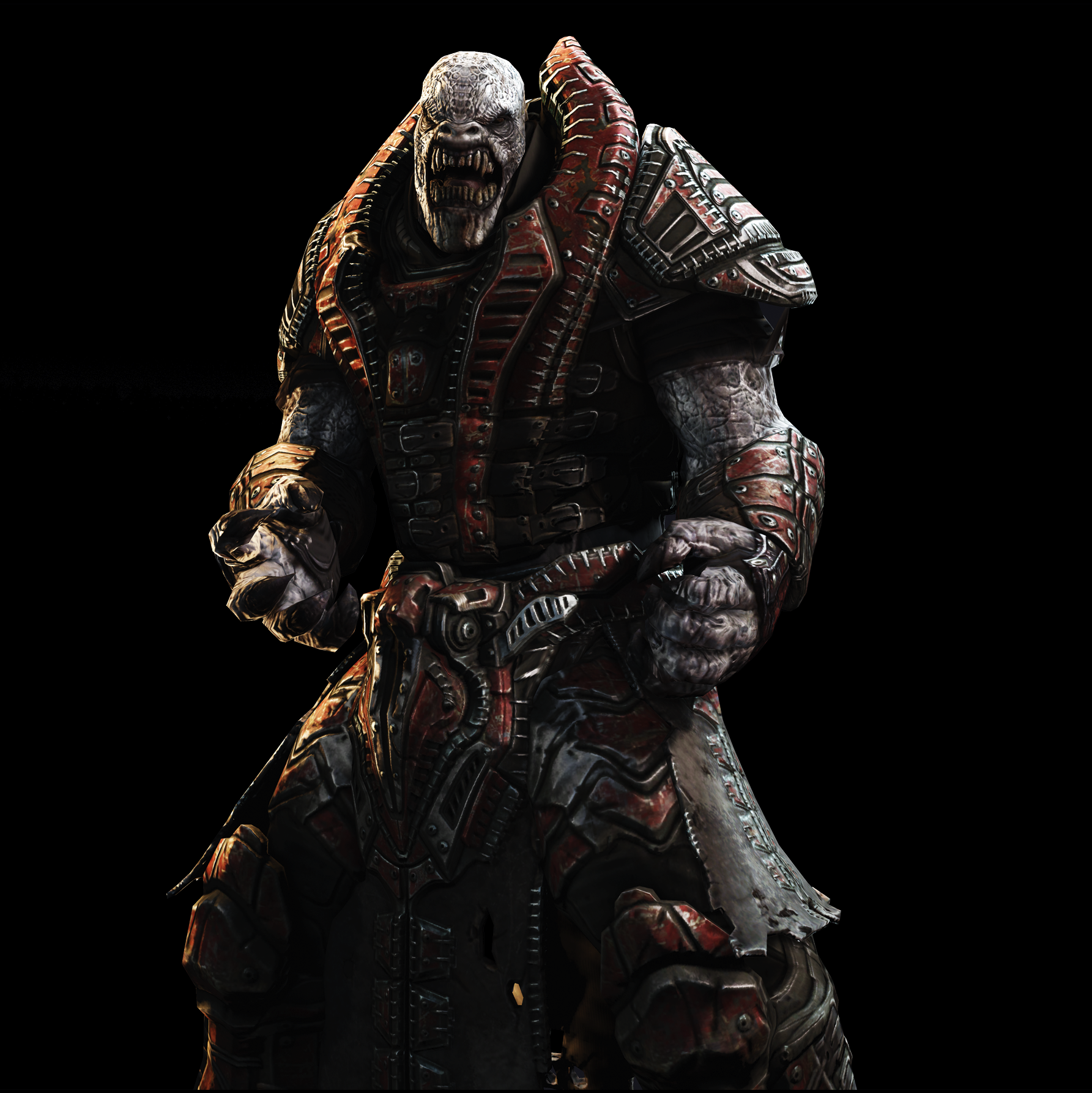 The most elite Locust soldier, Therons are highly-trained, well-armored soldiers with an explosive arrow firing Torque Bow. These long range fighters are very potent as they flank your units and turn you from the hunter to the hunted.

Therons use their Torque Bow to flush you out of cover with moderate damage but long range lob shots, or, if you’re exposed, hit you with an extremely damaging direct shot.

When it comes to Therons, use cover and find opportunities to remove them from the enemy’s backline (Scouts with their cloak ability are particularly effective at this). If you take one out, like the Boomer, make sure to grab their weapon and use it to drop some hurt on the Locust! 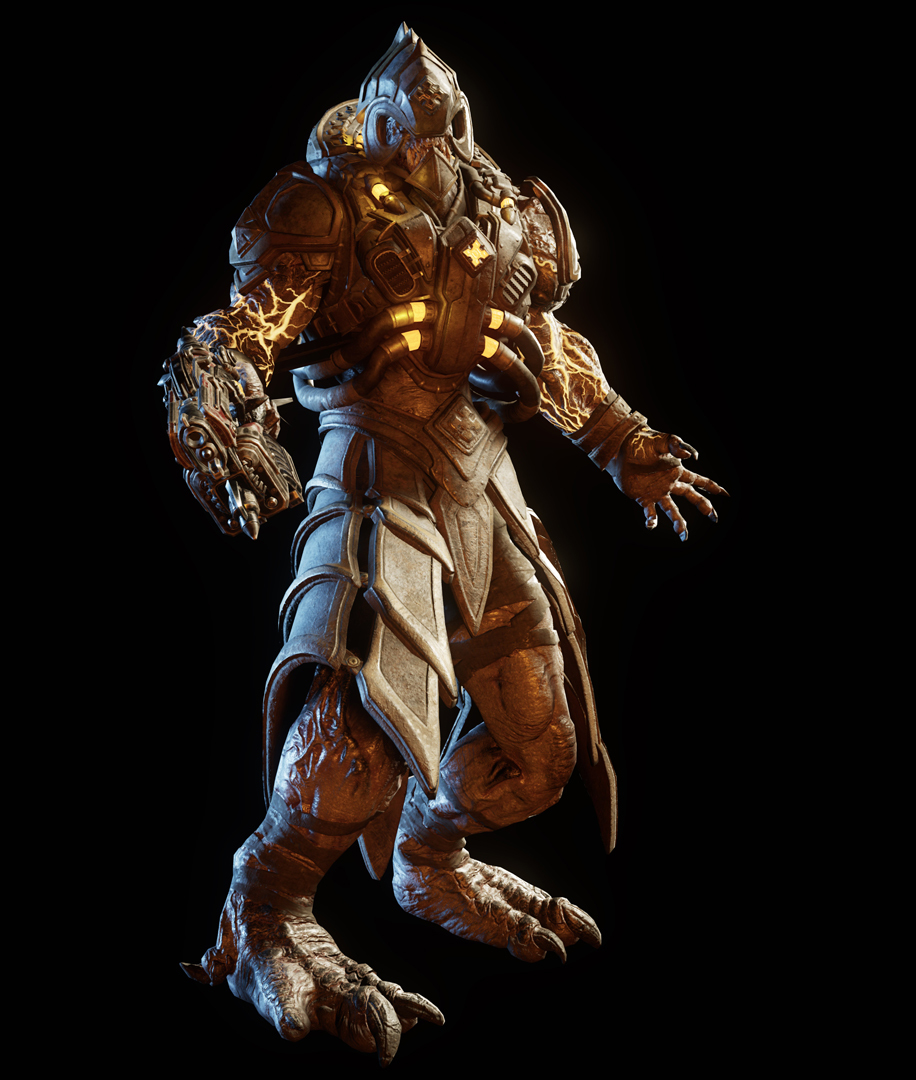 On top of this iconic lineup of Locust enemies, Ukkon has been creating his own Monsters – from the huge genetically engineered bosses you’ll face throughout the Campaign to new battlefield units that bring new terror to the Locust Army’s lineup.

Disciples
Disciples are an amped up version of the Locust Drone thanks to the bio-fuel Imulsion being pumped through their veins. We’re not going to spoil this Drone’s unique twist, but suffice to say, be careful where and when you kill them. There’s no explosion, just something a little worse.

Zealots
Zealots are another biologically modified Locust, this time originating as a Kantus. The Zealot is one of the deadliest close-range threats in the game so stay as far away from it as possible. We’ll let you discover exactly what deadly surprises it will bring.

As we’ve mentioned before, in Gears Tactics, you’ll be fighting more enemies per turn than your average squad-based tactics game. Throughout the Campaign, expect to see a huge variety of enemy combinations and nasty tricks up their sleeve that will put your strategic chops to the test. We wish you luck.

We’ll be back on Friday with a look at how you can build a squad to match up to this threat with our next Dev Blog – Customization. Not only will we give you a look at some of the badass visual customization on offer for your squad, but we’ll also dive into the 5 Classes packing 150+ skills between them.

No the toughest enemy will be the azure server

The Diciple looks somewhere between a Grenadier and Sraak, with a little bit of Bane mixed in.

And the Zealot reminds me of the Savage and Stalker Kantus’ too. Hoping they come into Gears 5 as a skin if we don’t also get Gabe and Sid.

“We’ll be back on Friday with a look at how you can build a squad to match up to this threat with our next Dev Blog – Customization.”