@netflix
Gears of War was released 16 years ago today and to mark the occasion, Netflix has partnered with The Coalition to adapt the @GearsofWar video game saga into a live action feature film, followed by an adult animated series — with the potential for more stories to follow! https://t.co/3zInFSnUu4 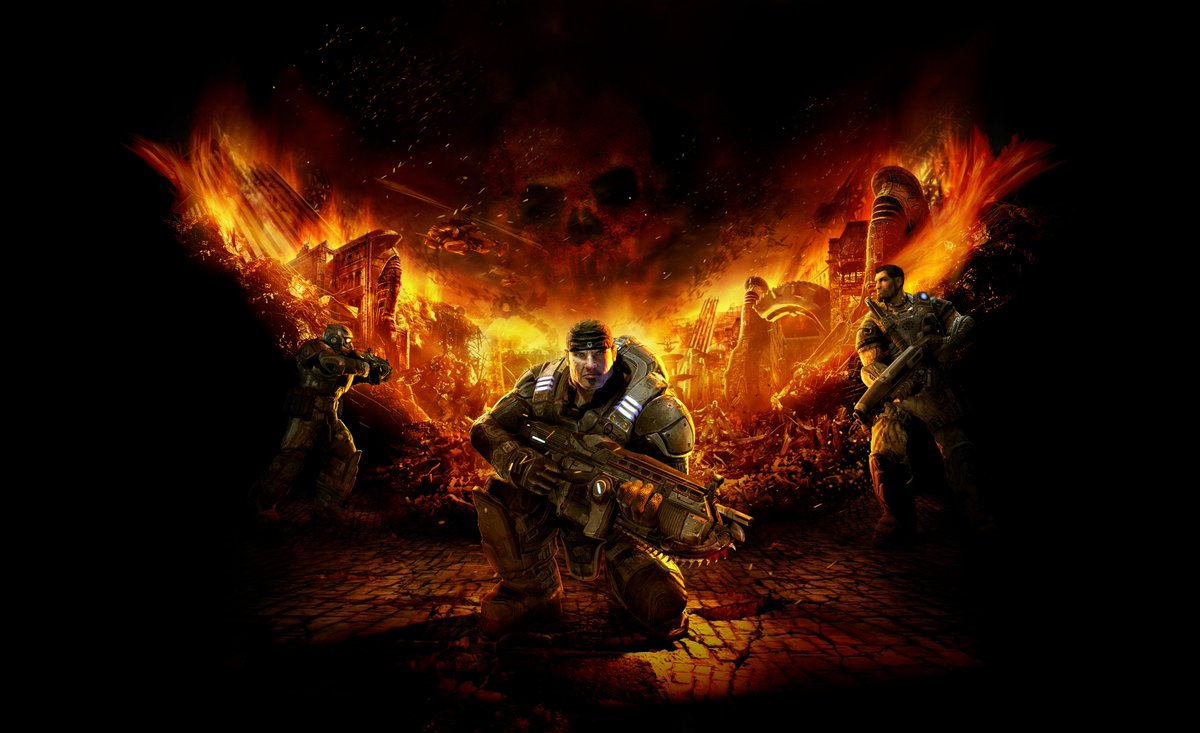 I hope its as good as Netflix’s Resident Evil show

Nice, even if its crap, ill still watch it. On second thought I’m calling it now, the Live Action movie is gonna be the biggest pile of crap but the animated stuff might be good.

Listen here TC, you gotta keep it dark and make sure the horror of Gears 1 makes it into the movie. The locust were scary ferocious hulking monsters and the COG were a real army of beefy dudes that were NOT angsty teens in a bright colorful vibrant world filled with moderately icky swarm things and unintimidating robots.

I’m not happy. Netflix can’t be trusted. Nobody can these days. Just look at the sheer disrespect to the source material in the form of Resident Evil and the Halo TV series. Awful.

The live action Gears of War film will most likely be horrific as I cannot see them getting most of the casting correct for the characters (Batista, stay away). Especially our glorious Queen, which may finally push me over the edge enough to grab my Kerosine Can labelled “TC” and get to work.

The animated, however, could of course work with the IMPERATIVE return of all voice actors, especially Carolyn Seymour. The same applies to Marcus, Dom, Cole, Carmine(s), etc. It’d lose too much of that authentic feel otherwise.

But I guess we’ll see. It’s not like we could be on a worse downer so it’s something at least.

Well, all we can do is hope for the best & prepare for the worst.

I’m not happy. Netflix can’t be trusted. Nobody can these days. Just look at the sheer disrespect to the source material in the form of Resident Evil and the Halo TV series. Awful.

Mortal Kombat annihilation is the worst out of all resident evil movies, that movie was so garbage in my opinion.

Mortal Kombat annihilation is the worst out of all resident evil movies,

i missed this one.

The only positive here is that it builds hype for the IP.

Have you emailed our Queen yet ? If not I will tomorrow

Biggest fear here is it kills the franchise.

Will be viewed as irrelevant and unmarketable if nothing decent is produced.

lol, he has a direct phone line to her.

Thinking the same, surely it is time to officially talk Gears 6. Even if it is 2024 release, we need (would love) some news

I hope so, I have exchanged a good few emails with her since 2016

“I am not your Queen. You are nothing!”

this is going to be fun