So, I’ve been playing Gears since 2006. It is no doubt my favourite multiplayer franchise, and up there with my favourite campaign games. I played Gears 5 campaign when it came out and it was above average for me (excluding the ending…) but abandoned it soon after.

I’ve been playing Gears 1 and UE and really enjoying myself. But with operation 5 and the return of some great maps, I thought I’d give Gears 5 a proper go (albeit taking it with a pinch of salt). I don’t want to just sound negative, but I am actually shocked at what this game has become.

Who are making these creative decisions?
Why is everything not available to unlock through playing?
Why are there multicoloured wrestlers who I didn’t know existed before their addition to this game?
Why are there robots?! What the ■■■■ is happening?
Why does the sniper feel so bad to use?
In fact why does the entire movement feel bad to use?
WHERE IS EXECUTION/WARZONE?!
Where is the atmosphere?
Why are the menus so cluttered with promotional, complicated, multicoloured bs like windows 10?
Why are there f”””””ing gestures?
Where are the players??

Do forgive me, I really am trying to retain myself here but this is just so shocking. It’s a hollow game, zero soul, zero satisfaction. It’s an amusement park for kids.

Has everybody just rolled over and accepted this is what Gears is now? Or are we all grimly aware? Either way, this is very upsetting.

Has everybody just rolled over and accepted this is what Gears is now?

What choice do we have, really? TC owns the franchise and this is their direction of it.

agree with everything you wrote, but it’s all been complained about before. And yet, here we are…

It’s a completely different tone from the horror/grimness of the first trilogy. Sad…

Why is everything not available to unlock through playing?

Such as? The only thing that remains premium is Esports-stuff.

Why are there robots?! What the ■■■■ is happening?

Baird created them to help rebuild “society”. You said you played the campaign, how did you miss that?

Why does the sniper feel so bad to use?

Longshot is the most satisfying thing in the game rn.

Gone, everyone is just screaming for them to return and no one plays it when it actually returns.

Where are the players??

Gone with the wind.

Yeah I know why the bots are in Gears, but why were they put in?

Longshot being the most satisfying thing doesn’t say much in light of the game in general. Getting a head shot is way less satisfying than it is in other games.

I get where you’re coming from in general, and my opinions are just that, but one would have to do some serious mental acrobatics to deny how much this game has fallen.

Peace to you brother.

If at least they were fun to fight. But most DBs are either boring or annoying, and Sentinels are the biggest ■■■■■■■■(shortened so it doesn’t look like I avoid the word filter when I’m not because the system thinks when you at -tery to it, it’s apparently not a word to be censored) that exists in the universe(besides Drone Elites).

Yeah I know why the bots are in Gears, but why were they put in?

For variety. Would you rather have them removed from the game and have even less enemies to encounter? I agree, that the Sentinels are PoS but at least we got some priority-targets in Horde.

Getting a head shot is way less satisfying than it is in other games.

You clearly never played a maxed out Fahz.

Robots just aren’t satisfying to kill especially in a game like Gears where its main highlight was gore and the satisfaction of making an enemy disappear with the press of a trigger.

Putting in the DB’s just goes against that entirely especially since a lot of the units just up and explode making it feel like you didn’t really get the kill. I’m fine with rejects but fighting DR-1s and Trackers or Sheperds is a chore.

Life has its ups and its down, all of it surrounding the entity we know as time. With time comes change, evolution, idealism, nihilism, corruption etc.

In time everything turns out different no matter what. The worst is the best, the best the worst, evolution to counter culture. It’s all in the passage of time happening.

So the simple answer to your question is time happened. It came and did what it always does to everything.

Robots and non gears characters have no place in this game. Sarah Connor? Jesus

Gears 5 is the worst gears game I think I’ve played.
A gears game that doesn’t encourage team work to win. Game is a joke. 1 game mode to play with mates.

The current movement is awful too, far too quick. No wonder the game is dead for competitive players.
I could go on all day mate but tweeted, input on the Thursday streams & commented loads on this forum. Nothing changes, I’ve learned it’s 1 step forward, 2 steps back with TC all the time.
Bored of playing this rubbish game now. Not the gears we once loved.

I missed fighting in the rubbles of city. The complete devastation…

Maybe in 6 they’ll have it…

I understand 5 was the peaceful element of the 5 games.

But TC do what they want.

Listen to the casuals & ignore the actual players who stick around.

How long will they stick around? Maybe not soon.

I decided I’m not buying the game. I’ll just get it off gamepass , since gamepass users seem to get all the free stuff & I just don’t feel like buying 6…

If I had known better I wouldn’t have bough 5 either.

The destroyed beauty, the fall of man, the empty streets. The mystery as to what actually happened in this world, the loss of brothers and sisters. The fighting against all odds.

I’d like to add, the atmosphere wasn’t just in the campaign, but in multiplayer too. I jumped on original Gears and was taken aback by how eerily quiet the maps were, how the sound design echoed.

No colourful skins, no bright blue and red, no gimmicks, no challenges, no unnecessary elements, everything fit in the universe. What kept people coming back was none of the above (like they seem to think nowadays) but the joy of pure gameplay (it is a game after all).

I laughed when i saw this…

Bro don’t even go there haha this made me feel ill. I think at this point TC are probably making Microsoft very happy and couldn’t give two s”””ts about respecting the Gears legacy.

Once people accepted Batista, that’s it, game over, man. Anyone expected them to stop there? 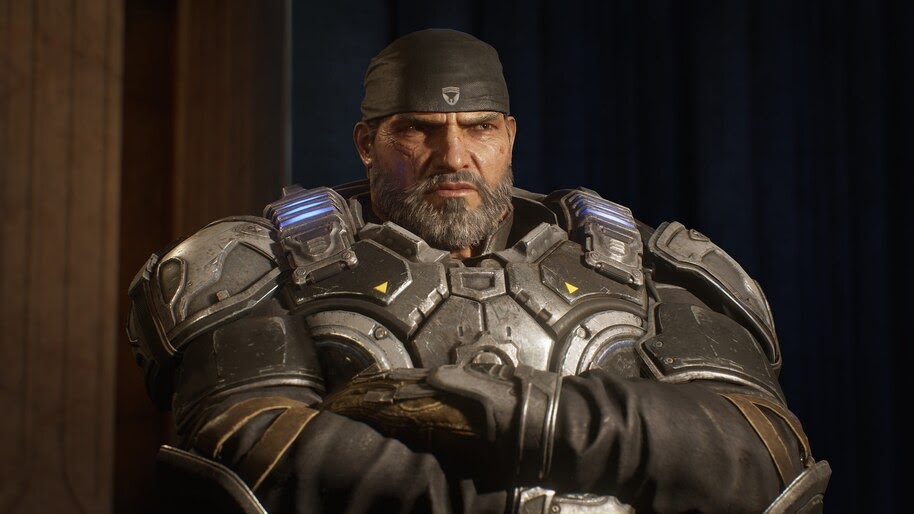 I dunno. I could easily recognize that as “Gears of War” man even after 14 years.

The video was completely cringey AF.

Someone should tell TC, April fools day, is in April.

In an alternate universe Gears 5 was the best gears game we got just letting you guys know.

This isn’t that universe though.

I’m not gonna lie I’m also strongly suggesting banning the New Day from my lobbies. For the first time ever if someone joins as a character I will give them the boot.

Because these guys have the worst dialogue I have ever heard in a video game they are so damn annoying.