Gears 6 needs to return to the Gears 3 horde mechanics, too much reliance on team members

There is way too much reliance on skilled mechanics in horde, i have quit so many matches when the mechanic doesnt place the fab properly, drags it all the way across the map and then taps are on the other side, they buy a lvl4 locker immediately before placing any barriers as if the demo will magically get 4 boomshots right away, buying MG sentries right away

Then we have improper use of classes, people using pilot when the freezing modifier is enabled, you will be frozen for most of the match

I do have fun with the different classes and playing as mechanic but there is just too much reliance on having a decent squad, 80% of people dont use mics either so coordination is difficult, i dont want to be mechanic each and every time, and then if you are a decent mechanic you have to rely on the team donating money

I should specify that im mostly talking about Horde Frenzy, in Horde there is a lot more room for error

There is way too much reliance on skilled mechanics in horde

Engineers aren’t required at all in this game. Not even in the slightest.

Then we have improper use of classes, people using pilot when the freezing modifier is enabled, you will be frozen for most of the match

Bad players are gonna be bad whether it’s gears 5, gears 3 or Gears 6. They never learn.

GOW5 Horde is balanced really well. A successful run on master difficulty doesn’t rely on any one single class - not even any engineer-classes. I did a master Frenzy run without an engineer today. It was tough, but even with an engineer it wouldn’t have made a difference. We still built some fortifications and maintained them. Horde is doable with all kinds of combinations of classes. Some will be harder than others and ideally you’d need some balance to it.

Admittedly there’s alot of depth and therefore alot to learn, but it just adds to the mode and gives it more depth. Newer players and inexperienced players will struggle at first cos there’s so much to learn but this is easily the best iteration of Horde out of all of the games featuring Horde (GOW2-5).

I will admit an engineer is not really needed in horde, but in horde frenzy it is quite helpful which especially depends on the modifiers

You can wipe fairly quickly in frenzy if you dont have barriers to prevent juvies from bum rushing, in horde thats not an issue

No doubt, engineers help but they are NEEDED. I dont think any particular class is needed to win in Gears 5.

Engineers aren’t required at all in this game. Not even in the slightest.

Aren’t needed but I believe they make it so other people can enjoy playing their class. I don’t mean the barrier meta, I mean that they can save their power to invest in their perks instead of buying a locker or a few barriers.

Its all very debatable. Engineer is just comfy and I think most randoms need them because like you said, people are bad.

Barriers only do so much though. At some point youll still news to kill them, and barriers can be helpful but only to a point. I reckon the biggest issue is that many players have poor awareness so they get flanked easily; and are wasteful with ammo in the early waves (e.g.: Demolitions or Tactician wasting Boomshots on single flushers).

Also on a slightly separate note - players who chainsaw Juvies can be frustrating as it exposes them to other enemies (unless you’re a Veteran or Nomad with Execution Shield). Many players haven’t learned how to effectively use normal melee attacks to kill Juvies which is more effective as you’re not locked into an animation and made vulnerable. Really helps to be more mobile in these situations. Admittedly lag and connection can play a factor but with some practice it becomes easy to compensate. Little things like using cover to break the Juvies’ lunge line of sight (ie.: standing on a corner of cover and taking advantage of the melee lock-on to strike first as they come round the corner). Or baiting Juvies into hopping over low cover and striking as they are about to land

A lot of Gears players are loners with no friends and no interest in working as a team. None of that plain jane Gears 3 ■■■■ flies in Gears 5 and people get sore about it. Good team work = Good skills.

Agreed, i was a gunner and most of my time was spent repairing taps and barriers, it was fun cause i would use my ultimate while repairing which killed enemies lol, but i wanted to use my mulcher BUT i had to return to the base to get it cause carrying it to repair taps was annoying

ALSO most players do not repair anything when they are not an engineer, the only class that gets a pass is anchor cause they need the pistol, but i was in a match where i was anchor and none of the other players would repair the taps so they destroyed over and over 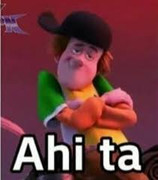 Agree that a solo horde mode type would be most awesome.

The other day i played gears 3 horde. And as much fun and good times I had with that game, it felt outdated, with game mechanics that are simply better in 5.

I’m not saying gears 5 horde is perfect, there are plenty of things that could be improved. But 5 horde is simply better than 3 in my opinion.

Nothing wrong with more options.

Except when it splits the PvE community.

The PVE community was already split with escape being in 5.

I play both but prefer escape because of the challenge. It’s much harder for useless randoms to be carried in escape compared to horde.

I know people that have been playing gears since release and they just can’t cope with the intensity and personal responsibility.

Ofc, I played both too. But not everyone plays both.

From launch, there has already been a split in the community.

I can’t say I’ve particularly noticed. What are people divided about?

The only split in the PVE community that I’ve seen is:

(1) People who play Horde and Escape

(2) People who only play Horde

So I wouldn’t say Escape has caused a significant split. All Escape players I’ve come across also play Horde, but not necessarily the other way around.

But GOW3 had Beast mode too, so that would have caused a bit of a split.

So just to add, the differences in time per game is relevant too in my opinion. Escape runs don’t take as long as Horde (although I accept if you fail and retry, it can take as long as it takes). Normally when I play with friends I’m usually playing Escape by myself or maybe one other, and while we’re getting a group of 5 together for Horde I just finish up my Escape game (usually with randomers). It doesn’t split our time much at all purely because Escape is relatively quick.

There’s also the fact that Beast / Escape was ideal for PVE people who could no longer commit to a 50 wave game. Correct me if i’m wrong but didn’t 5 launch with only the 50 wave variant of Horde ?
Thankfully it looks as though Frenzy will be a mainstay going forward. I hope so anyway.

Some dont play both modes