JD and Kait are or did you not see jd and Kait hug at the end of 4?

Eh… did you not see the events of GOW5 (which occurs after GOW4)? Alot of the sub-plot and character-arcs of GOW5 which concern JD, Del and Kait, was that JD basically pushed them away and started caring more about the COG, working up the ranks and buddying up with Fahz. He redeems himself by act 3 to a large extent, but the hug at the end iof GOW4 is basically superceeded by alot of events and character arcs in GOW5 which move things on to the point that hug is alot less relevant.

No they don’t kait was mad at Jd and del was the only one that was available to go with her. JD and Kait have been closer since the moment the were brought into the campaign. Marcus even mentions that Kait was JDs girl in 4

Honestly I think he’s got a point. Characters are stagnant and never change their relationship with other characters in the context of a story, good one-dimensional characters that stay in a line are the best. That’s why I like Niles so much.

Did you not play the whole act in Gears 5 where Kait gets mad at JD and spends the entire chapter bonding with Del? Del being mad at JD on Kait’s behalf in Act 3? Kinda like, the whole point. She was his girlfriend, sure. Not anymore. 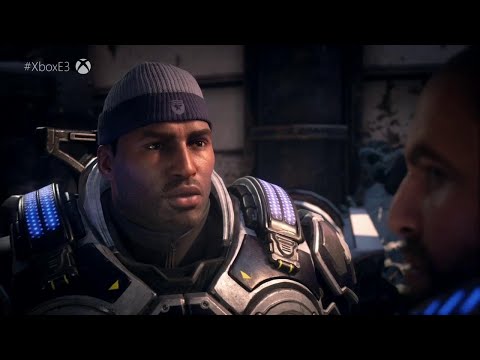 Did you play Gears 5?

Shut up Buster, I’m angry and this post is me showing you that I’m angry! #tellingnotshowing

Did you play Gears 5?

He did but Del was a ward of the state, so because he has no mum (or dad for that matter) his actions in later life are irrelevant. He really is better off dead. #ihateorphans

I think Marcus should do it. I mean, if Del lives, then he will have rendered Anya’s life and legacy pointless, and Marcus will be really annoyed that Del is disrespecting his wife.

It’s a shame Marcus was practically raised by the Santiago family, he’s nearly an orphan himself. Maybe that’s why Anya is dead, she was ashamed.

LOL makes me want a Gears of War Abridged series

If I had a fully digital copy of the Omnibus there’d be one.

I feel like they can do more with JD than they can with Del.

I don’t care who carps it, just make sure my beloved Sam and Myrrah are in the campaign. Amirite.

But she has possessed tentacle monster Reyna already.