Boy, it sure would be nice if you gave Keegan a nearly empty weapon that it would trigger him to drop his Resupply…

was FAHZ a bot?

Yes. His behavior here was so unreal. There were no enemy but just the bridge to shoot.
Overall it was ok ; here I’m still wondering what is the logic behind. Player shoots and the AI software makes him coming near you ok but not in front while shooting

I love when this happens. 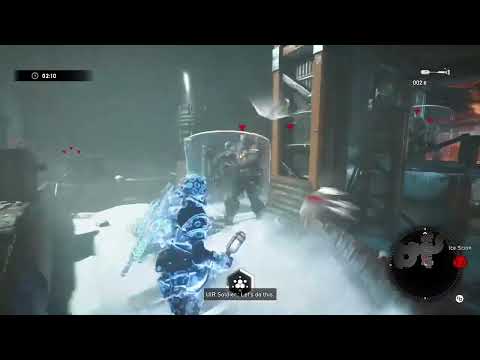 When you just finished the campaign on insane with all collectibles and ultimate perks and you see 99,99% progression

I’m seeing the same thing when I go into my Campaign stats. Just another Gears 5 bug, though thankfully not gameplay related for once.

Yes this time there is no impact and it does not lead to an achievement issue. But I found it funny and don’t remember if it has been reported on a thread.
A hidden juvie is still alive …

While doing a 1-50 in gridlock with randoms, end of wave 15 happened something so WTF even if it is not a bug.
I already heard a story like this but I thought I would never faced it : 3 enemies left, no more threat in the sky, I suddenly got chainsawed … ok not a big deal. I switched my camera to the marksman. He one-shoted one enemy and bought a grenade while another player was downed. 2 enemies left, he decided to suicide without cleaning the area. And the miracle happened with the last 2 players who were shot by the last 2 drones.
How a player in a random team can think that a suicide before securing the floor could be a good idea.
I usually don’t complain but this is probably the stupidest thing I have seen playing with randoms.

Man, that has to be the most painful sounding wipe I have heard in a while.

Painful yes because everything went fine up to this wave and it was not easy to get a game which is not the daily.
On the other hand I smiled a lot. I was excited to record this moment and watch it again to figure out the sequence. I don’t know how to mask the names in a video so I can’t post it.
The guy who was the host launched a 1-50 on Gridlock again but I did not have enough time left. I wish I could text chat just to know how he felt.

It’s been a time and I don’t remember having seen this before.
During a BR game (which was fine btw even if we’ve lost wave 10) a kestrel could be seen on the screen but was already destroyed.
I thought I have lost the connection but other teammates were not running against walls like it could be in such case. The kestrel was just stuck there but dead (although its sound was active)
It was really weird and it disappeared shortly after the wave was shown completed. 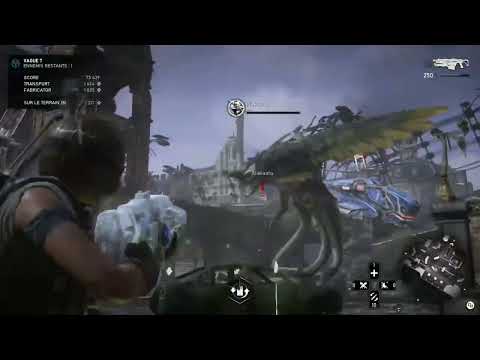 At least it wasn’t the ghost/zombie Snatcher bug where it starts killing people when it’s supposed to be dead.

Damn, never seen that happen to be honest. Didn’t even know that was a Thing until now.

It’s definitely a thing. I’ve seen it a few times myself. I think the cause is a class with stun ability(Gunner, Pilot) hitting the Snatcher when it has grabbed someone and is near death.

It will still react to stuns but is going to run around until you kill the last enemy in the wave and the game realizes it’s actually dead, despawning it.

Holy… that’s one hell of a Bug.

Maybe, but it’s also a little funny when teammates are still shooting the Snatcher while it’s at 0 HP and being all concerned about the game not being able to end while I’m all like “It’s fine, just kill all the other enemies and it’ll be gone” because I experienced it before and remembered how to get around it.

I’ll try to trigger it once i’m in a full lobby of friends just to hear their reaction in the Party lmao.