Gears 5: Why keyboard is a disadvantage, and the Left Stick is top dog in gears 5

Top left, you can see what input method I’m using. At the bottom, what keys/buttons I’m pressing.
Main Point: Keyboard is limited to 8 directions, while the Left Stick is theoretically infinite.

As you can see in the video, in order to get into cover from a long distance, while using the keyboard, you have to look at the object. That isn’t necessary with the left stick.

You gain aiming accuracy due to the mouse, but you lose precise movement due to using a keyboard. 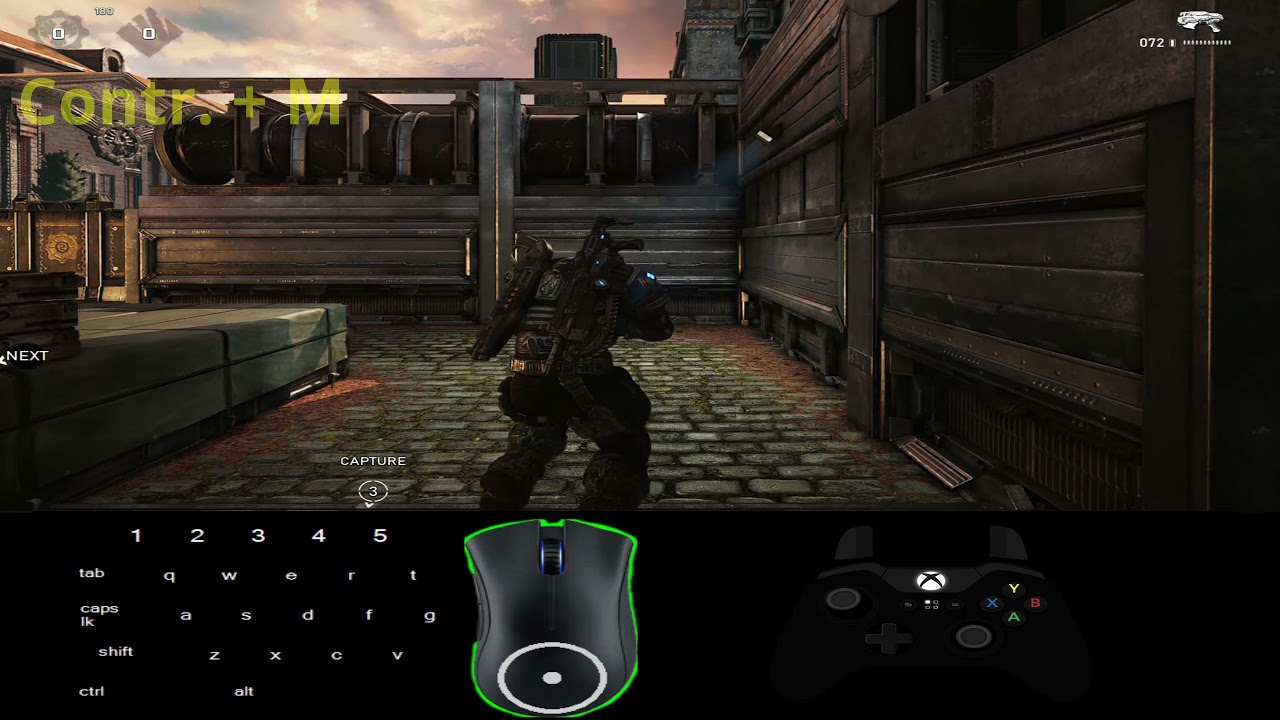 You have a miniscule penalty on your movement, my homie played on mnk for 2 months to get a good feel and ths is barely noticeable. It’s at most a slight annoyance.

All I see are slight differences due to two different input devices.

Now do a comparison with rotating your character in 180°or even better, roll and do a 180° before the animation ends. What you illustrate as a disadvantage simply because it’s more difficult to perform, I counter with something that is impossible to do on a controller.

But it doesn’t really matter, the decision was made based on population numbers, not on an even playing field.

regardless of what you say, pc is no where near as good versus console. At least on gears is not. I’ve played gears 1-4 on controller and loved it. now i play gears 5 on kb+m. Aim is somewhat better and wallbouncing is honestly god teir with the binds i have. Yet, being able to do certain things like back A’s, reaction shots, and just overall amount of simple things i could do on controller. It’s way more hard to do on pc compared to when i played competitive gears on controller. Plus it’s not just point and click. It seems so easy like every one thinks it’s just point and click but majority of the time you mess up your shot on pc. Not everyone is shroud with the aim.

regardless of what you say

So this is one those times where I’m wrong and you’re right and that’s it? screw the evidence?

OP made a video illustrating how a particular movement difference based on different inputs exists and that’s perfectly reasonable because they are 2 distinct input devices.

It’s way more hard to do on pc

So you’re saying it can be done only it’s more difficult right? but what about movements that simply cannot be done at all on controller?

I keep crossplay ON for team based modes but FFA? Hell no. 180° turns are insanely fast.

So this is one those times where I’m wrong and you’re right and that’s it? screw the evidence?

Ah the classic tunnel vision is always good to see on the forums lol. No matter what you say or whether you supply evidence or experience its always “nope! wrong!”

This is just going to get so much worse when this goes live.

It will be bad for a week or two, no doubt about that, maybe it’ll even last for 3 weeks or a month just like with the movement tuning.

In the end, just like a wise post I read today, “people will forget about it and find something else to complain”.

All good in the end, discussions are a healthy way of speaking one’s mind, unless they turn ugly of course in which case we’ll see everyone’s friendly ghost of delta shutting the topic down

All good in the end, discussions are a healthy way of speaking one’s mind, unless they turn ugly of course in which case we’ll see everyone’s friendly ghost of delta shutting the topic down

True but I personally find talking to anyone unwilling to accept a possibility to be fairly counterproductive lol. All for the conversation on the forums but some folks round here just disagree as if admitting a possible outcome is like signing over their soul lol.

Incorrect in every fathomable manner.

TC should only allow crossplay for PC players who admit that they have a huge advantage over console players. Make them sign an affidavit or something.

Gow pc players are collectively the most delusional group of people I’ve ever interacted with.

Most PC players only spend so much money on gaming hardware as a coping mechanism to deal with their inability to do well on console.

They’re also not good enough to do well on real PC games like CS:GO or Starcraft.

This debate about Console and PC is just getting silly.

Put the work in a got my bars. Thanks for the flash back.

I’ve been playing with PC from the start.

It should’ve been on for me.

I wasn’t always like that though but I realized our PC players needed the support.

But nothing like beating a stack of sweaty master of players to make you feel good about the day.

I built a 2k pc to watch adult films

I built a 2k pc to watch adult films

By adult films he means movies like titanic.
He has to sneak them in when everyone is sleeping…