Gears 5 - This week in Gears

This Week in Gears 5 – Operation 3

THIS WEEK IN GEARS 5 – OPERATION 3 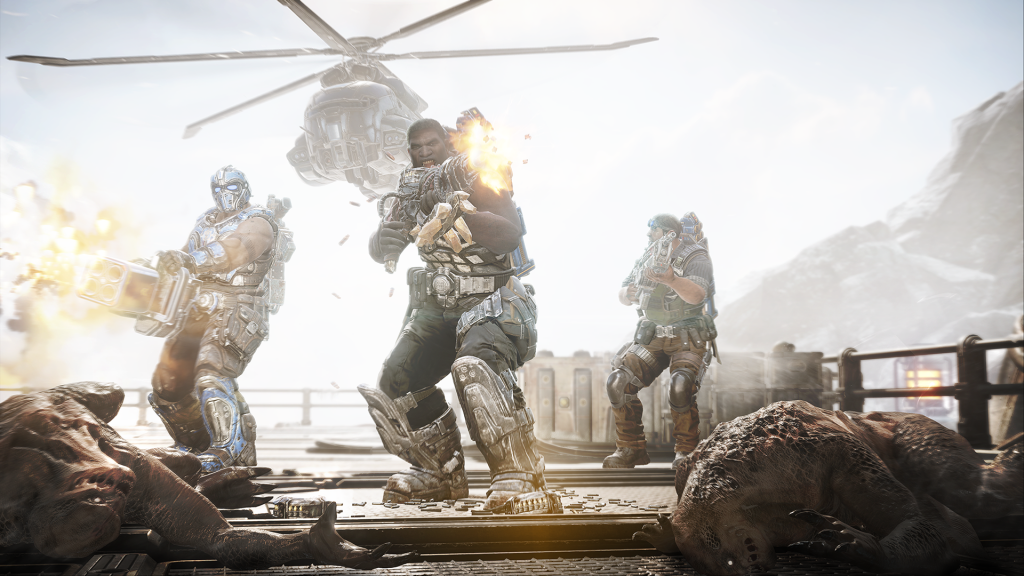 Get ready for the arrival of Operation 3: Gridiron tomorrow, March 31st! Missed out on all the details? Give these blogs a read!

We’re shifting the arrival time of Operation 3 to an earlier than usual deployment time as we avoid deploying during peak times in Europe to help keep bandwidth impact to a minimum during self-isolation.

Operation 3’s TU5 will arrive at ~2am PT (New ETA 4am PT) on March 31st. The majority of Operation 3’s content will not appear until our live deployment, scheduled for ~7am PT. 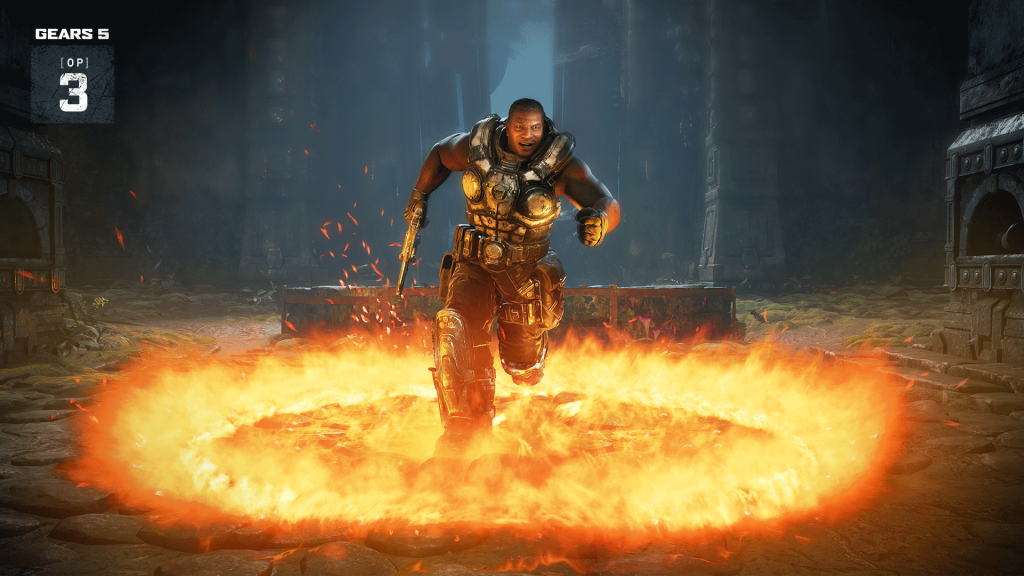 Operation 3 drops four Characters into the Gears 5 roster with the arrival of Cole, Clayton, Myrrah and the Theron Guard. We know you’re keen to get earning these long-time favorites, so we’ve got the details on each of their Totem challenges below.

BUT FIRST! You may recall earlier this year that we reduced the time it takes to complete Totem XP challenges to earn your Characters through gameplay.

We often hear your references to the leveling up based system of Gears 3 and we’ve taken stock in your feedback about why that felt good. Well, we’ve listened. In Operation 3, each Character only has the XP-based Totem challenge for Character unlocks – no other challenge requirements like do X in Y mode.

Additionally, all Character XP Totem Challenges are now set to 30,000 XP – a 50% reduction from the previous requirement of 60,000 XP. We hope that you’ll now enjoy the experience of unlocking Characters much more with the launch of a new Operation as well as earning them at a faster rate.

As a note, previous Operation Characters will not be updated to this new Totem approach out of fairness to those who previously earned or purchased them – though they’ll obviously still benefit from our Global XP Rate increases in the latter half of Operation 2.

For those who prefer to pick up their Characters in one go, we’re kicking off Op 3 with another new Operation bundle!

Of course, all Heroes and Villains can either be individually earned by playing or purchased via the in-game store for 500 Iron.

Operation 3 includes 32 new achievements to earn offering up a grand total of 290 Gamescore.

Sampler (5) – Complete a Match of Free For All, Arcade Blitz and Gridiron

Paydirt (5G) – Score a Touchdown with the Flag in Gridiron

Come From Behind (10G) – Be 10 kills behind the leader of a Free For All round, then come back to win

HordeBusters (10G) – Complete 50 Waves of Horde with Mac, Keegan and Lahni in your squad

A NOTE ON OUR OPERATION 3 ACHIEVEMENTS

We know that some of these achievements, and the final Gamerscore value of 290, are not necessarily in the right place. Due to some transitioning within the team and adapting to our new work processes, the updated achievement plan did not make the cut in time for launch. If you are an achievement hunter, we apologize for some of the missteps here and we plan to do so something about it.

We will be applying for an achievement change exception with the Xbox Team for the Come From Behind achievement, in order to dramatically reduce the comeback number. We’ll keep you apprised of that change and if it is approved.

For Re-Ups, along with improving their rewards, our plan is improve the Re-Up leveling curve to reduce the hockey stick effect from Re-Up 20 onwards. In time, we expect the Re-Up 30 achievement to be much more achievable and enjoyable to chase.

Finally, we’ll be addressing the odd total Gamerscore in our next achievement drop and making sure we get our achievements right. 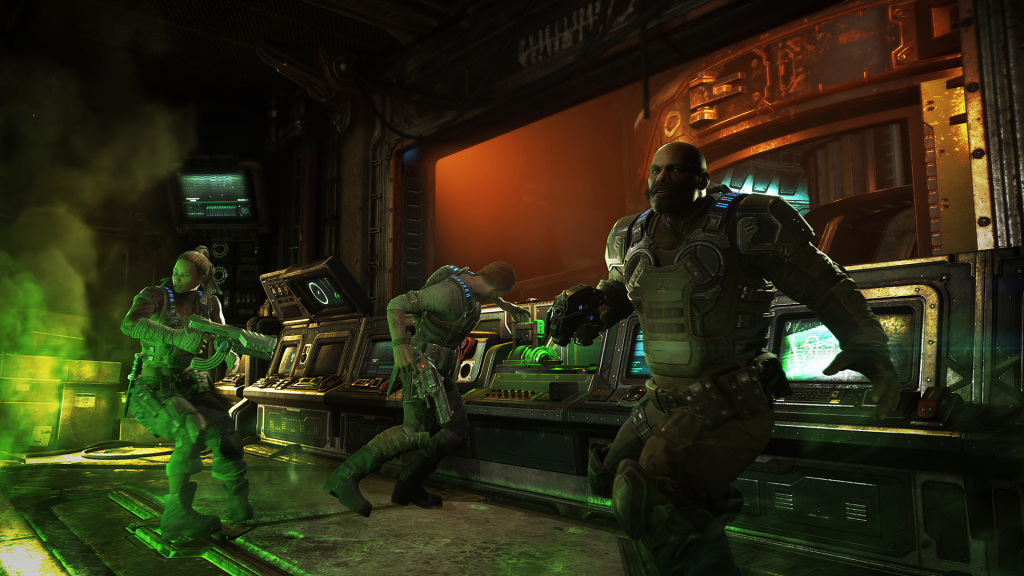 In the debut Hive launching with Operation 3, aptly named The Barracks, you’ll be in a split path venom race of death. Using the brand new Venom Fan rooms to buy you time from the impending doom of the venom, you can make it to the second act featuring the first ever appearance of the new Barracks tiles! Your reward is better weapons, COG tags and playing in some sweet new combat spaces!

If you can’t outrun the Venom, you’ll be pushed into the other path for your second act, featuring no new tiles, no COG tags and less resources. Guess which way we’re headed?

With the release of Operation 3, we’re making some updates to our Ranked Playlists in order to deliver experiences that offer a good time-to-match and an ability to provide balanced skill matches within the mode.

Find out more on these changes in our updated Future of Ranked blog here.

That’s it for our This Week in Gears Operation Launch special! Lots of info to cover today.

Tomorrow, it’s time for a new Operation, a new Tour full of content to earn and a brand new mode to pay. We cannot wait to be in matches of Gridiron with all of you. We hope you love it as much as we do.

What about Bosses music on horde?

You’re certainly pushing your TERRIBLE Arcade mode on players. Rifle loadout objective mode? Ugh, no thank you. I’ve played maybe one match of this and was as bored doing so as I’d have been playing CoD.

Fixed an exploit that allowed players to drop grenades and have Keegan pick them up to gain 7 with the Grenade Pouch card.

On a personal note as an achievement hunter and an Aussie player, I have to kill 10 different people in a FFA, when I can’t find a single match of it.

Incredibly disappointing, especially given we haven’t heard anything about phase 3 of matchmaking that was supposed to help lower populated regions since late last year.

Tomorrow, it’s time for a new Operation, a new Tour full of content to earn and a brand new mode to pay

Let’s not forget you’re also on PC so your limitations are at an all time high. Low population + Cross Play Toggle = Disaster

I get that, but I am referring to the ranked modes such as 2v2.

Looks good.
Curious as to when we are getting our Ranked skins from this season tho.

For some of us “tomorrow” is actually today. If you’re EU based, at least…

True, that. But I’m not good at this whole timezone stuff! Certainly not enough to know the time from CE(S)T to Australian time.

Most of us want NOTHING to do with playing a single match of Arcade and putting achievements that will likely take multiple games to get lucky enough to meet the criteria of the achievement is just torture.

As you said, we want decent opponents with a mode where weapons are equal across the board with battles for power weapons. I don’t like Arcades damage model, weapon starts for each character, being able to buy more weapons and having tons of power weapons on the map, etc. Yet here we are, Arcade Blitz achievements front and center.

Can we at least get a Blitz mode without Arcade rules in Social? Arcade mode sucks hard.

I feel like Cliffy B consulted with you on this achievement list. Placing a bunch of achievements in a rifle heavy mode screams Cliffy.

Lots of great quality of life changes and fixes.

Great campaign fixes and reducing the Snatcher volume in Escape is a fantastic change.

I mean, let’s play it first to see what they broke.

Maybe things will go smooth. It’s not like Cole might accidentally cause bleed wth fire or something.