I recently came back to Gears 5 after a few months break to try out the new operation. However, while I really enjoy the new game mode, I immediately noticed both stuttering and micro-stuttering during gameplay. Although I unfortunately haven’t been able to record it, a quick search on reddit + talking to other users in the Gears discord let me realise this has been happening to a noticeable number of PC players as well.

Essentially, the actual game itself doesn’t have the smooth image it did a few months ago (micro-stutters), and during intense team-fights, the game suffers from stuttering despite having a consistent 120-144FPS at all times. Even more bizarre is my actual components (RTX 2080, i7 8700K, 32GB RAM, Gsync monitor) are more than powerful enough to run the game with no issues, as I have done since purchasing Gears 5 in 2019.

I was hoping someone could provide a solution to the stuttering issues or else I’ll unfortunately have to drop Gears 5 already when I fully intended on playing ranked modes with friends again.

Thanks in advance to anyone who provides a potential solution!

The only solution that worked for me was going for the pre-GRD’s of August/September 2019.

I don’t know if there’s a way to install them, but someone said you can do it in Safe Mode, I’ve not tried this, but the Nvidia Installer the normal way no longer lets you install that.

It’s the only driver I knew with no stutters and the best performance.

Apart from that, someone people have temporary fixes but this is the only permanent one I know.

I reported this on ticket support and only got automated replies like “did the recent update solve it?” and similar bs.
Recently I got the same reply and I sent them another clip I recorded just yesterday 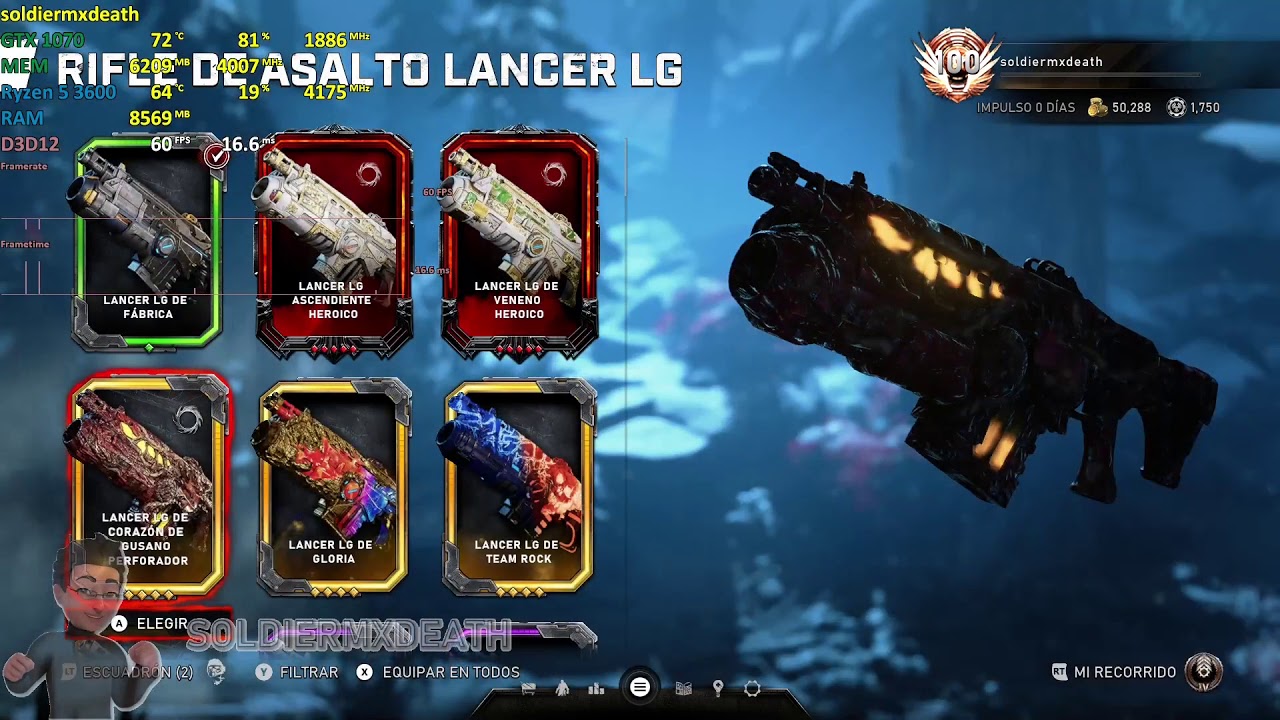 I’m tired of sending proofs of issues and neither MS/TC or Nvidia take action, they’re prioritizing fix stuffs like Jack’s duplicate ammo boxes that doesn’t hurt anyone instead.
Maybe is ‘cause this game is PRO AMD Radeon GPUs and the Nvidia users must eat crap.

The stuttering still persists and has for some time. I guess there will be no official fix from TC since this is a well documented issue for months. I took a break from Gears 5 two weeks before OP6 dropped, only to fire it up today and noticed the stuttering has gotten worse.

Make sure Screen Space Global Illumination option in video settings is turned to Off.

Thanks. I’ll give it a shot.

This and many other “suggestions” never worked. I have this issue since the game was launched, I even replaced my Ryzen 15 1600 for a 3600, if I could replace the GPU I’m sure the issue will persist. Example of this: https://www.youtube.com/watch?v=yo__2b0o-GE&t=2s
Tried all low to ultra settings, I’ve contact them on ticket support and only receive vague responses. It points is a Nvidia issue (I don’t remember an user with Radeon GPU with stuttering) but anyway the game is causing it and nobody wants to fix it.

I checked my video settings and Space Global Illumination was already disabled, so the stuttering isn’t associated with this setting. I even turn it on and noticed that my FPS dropped and the stutters still existed.

Is what I’m saying, before or after it doesn’t make difference, the game is poorly optimized at least with Nvidia GPU, I don’t know about AMD Radeon GPUs but at least for 1000 series cards and even the RTX has the same issue.

It definitely breaks one’s immersion and is unacceptable for a AAA title. There are many triple A title games that are built around AMD’s architect, but I don’t experience a stutter-fest although I game on a RTX video card.

Other demanding games runs more smoothly like Metro Exodus in my PC. TC simply don’t care as their priorities are others, procrastinating fixing irrelevant stuffs.

I’m hoping there is a fix also - ironically enough I only encountered this horrendous stuttering this week after reinstalling Windows to fix other issues with it - and Gears stuttering wasn’t one of them! It ran like a swiss watch but now that I’ve reinstalled Windows it runs like a wounded dog on the same hardware, with the same applications installed.

Removed and reinstalled GPU and chipset drivers, and the game itself all proved fruitless.

The game runs at well over 200 FPS most of the time but has frequent, sporadic stutters and FPS drops to 30 or below.

Specs if anyone cares:

I have another computer with a Ryzen 5800X and a Nvidia RTX 3070 - and that one does not stutter.

It’s weird - I have not known reinstalling Windows to break a game that was running perfect before.

There will be no fix

I found this post and your comment by googling, EXACTLY the same thing for me, GOW5 was running just fine on my m15 R5 Ryzen 9 with a 3070, had to reformat and reinstalled windows 10 (was windows 11 before so might try that) and now the game stutters intermittently despite high FPS. Been going crazy for the last two days!

Dont know if you all found a fix, but playing in Windowed mode stopped the stutter for me.

This problem has always been haunting me. I moved to Windows 11 and it was GONE (YAY) until I installed KB5011563.

Benchmark sits around 150-300fps but PVE gives “cough-ups” now and then even with ping as low as 1-4ms. Some frames here and there take like 500ms to render.

Runs EVERYTHING (RDR2, CP2077, Control, Far Cry 5, Metro Exodus) on MAX settings without these “cough-ups”. Framerate drops sometime depending on load, as expected but no frame take this much time to render out of the blue.

literally just got a top end pc 3080ti with a i9 12900 literally a beast and it’s running smooth at 120fps no problem but for some reason it still stutters and it’s like almost unplayable. it’s smooth, but when there’s action it starts stuttering. makes no sense

I actually had this happen to me this weekend and I wasn’t sure why.

I usually play on Xbox in the living room, but on rare occasions I’ll play on my PC instead. It’s got an RTX 3080 and Intel i9 as well, and I’ve never had any issues with frame rate. But on Saturday when I played Horde, it kept stuttering all throughout the match, and I have no clue why. I relaunched the game and tried playing on a different map, and the same thing happened.

I’ll have to see if there’s anything going on with the PC itself because the game ran fine until specifically this weekend. But far as I can tell, everything’s working fine. It’s just Gears.

yeah it plays smooth but it would skip a frame every few seconds or so and if it happens right as you pull the trigger you won’t shoot. but yeah my Xbox is coming back from repair today because it would crash mid game. otherwise it really does play the best on the xbox