GEARS 5 | Retrospective (Not my video) 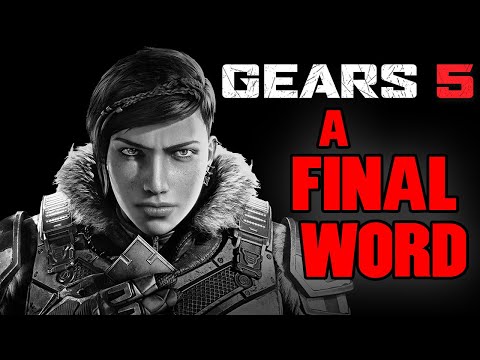 (Just to state. This isn’t my video, I didn’t create it and none of the opinions are mine just so you know)

Came across this video and just finished watching it. Thought it would be interesting if you hadn’t seen it.

It brings up a lot of interesting subjects and is well presented and to the point which is rare for Gears videos.
Not that I’m throwing shade at Gears content creators or anything, well actually that’s a lie isn’t it.

But yeah it’s a good video that brings up a lot of valid criticism, some I agree with, some I don’t.
I think the more clear and well worded feedback the better, maybe we’ll get a better Gears of War 6.

Gears 5 kind of lost me, it had a lot of issues and problems and lacked a lot of that Gears of War feel.
The launch was disastrous and the even in it’s current state I don’t particularly enjoy it that much.

But despite that Gears of War was not just one of but it was my favourite franchise growing up.
I want it to succeed and do well, I want The Coalition to knock it out of the park with Gears 6.
I don’t want the series to fail or underperform or have another sketchy launch like Gears 5 did.

Whatever mistakes were made with Gears 5 I hope they can learn from them and move forward.
I’m crossing my fingers for Gears 6 and hope The Coalition do an amazing job with it.