Agreed, they need to make some serious changes over there at TC…

Thoughts? Are you gonna help out your fellow keyboard warriors?

It’s not even worth it anymore

It’s like people dont believe you work for TC

OP is actually complaining that console has the advantage over PC.

But yeah I agree with you, it’s not worth it anymore.

Dudes like this give PC players an even worse wrap than we already have.

@OxSIDExEROUS look man do you atleast have any source that this is true? If you’re just assuming then…no one is going believe you and you’ll just come off as whiny lol. I’ll refute all my statements if you provide source on this actually happening.

Just to add more proof to this claim I’ve checked this and last weeks server update information and it says nothing about magnetism. 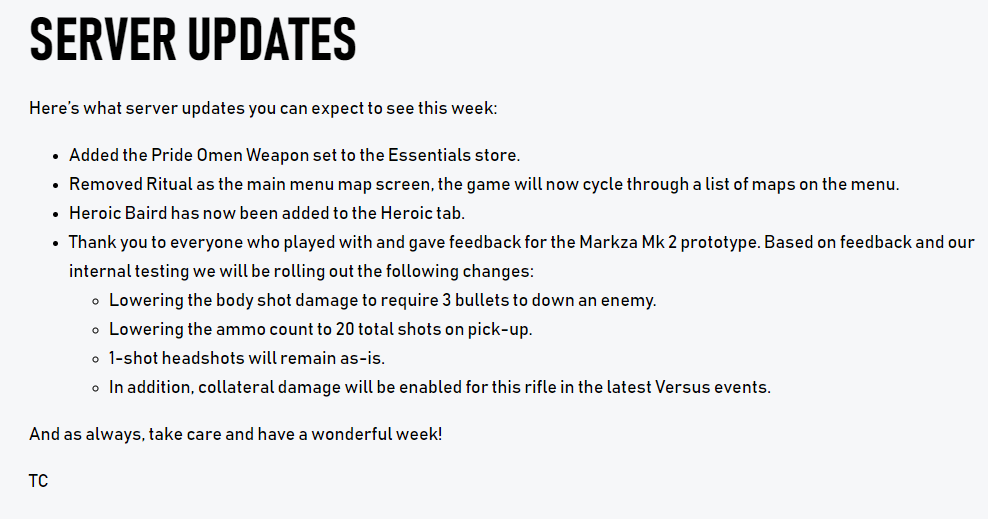 I really want this idea you’re pushing that the magnetism has been adjusted so I can actually blame it on why I’ve been missing longshot bullets for the last few days.

For god sake. This is the first post I’ve read this morning! You should’ve put a warning in the title that it may attempt to lower your IQ level!

OP is actually complaining that console has the advantage over PC.

I know. Was just making a joke lol

But they only lowered it on the PC!!!
Even with M&K the Console players get 180 degree bulletmagnetism now!!!1111

Woah far out man. I guess my console didn’t realize that, cuz I missed a ton of shots when I played yesterday

Shouldn’t matter. Thanks to this new and improved bullet magnetism, my shots should be able to hit my target regardless of angle.

Smh brand new amazing advantage for console players and I don’t seem to have it. Just my luck

Chill man someone is actually going to believe this is real. Its not.

I have a tiny bit of faith n humanity left…