Basically the title. I think barriers are a little over 5m in-game. Not according to any real life applications or measurements of average human height when in relation to a barrier on the ground.

For Context : Energy Surge says “When atleast 10m from a tap you gain 6hp stim every half second”. I laid 2 barriers vertical from the very edge from a tap. I melee killed an enemy to be at full health then slowly walked into the barrier to see at what point I would gain stim. Im using barriers on the ground as a visual representation of distance since there is no U.I. visuals to go off of for skill cards.

The above image is showing how close you need to be to gain stim from a tap, a.k.a. “10 meters”. I walked a very short distance into the barrier and got stim.

This is about as close to 2.5 meters as I could get. The game doesn’t show decimals so I got in-between 2 and 3 the best I could.

This is 10 meters and what i would argue is the same distance in the first image on Village.

I also laid a barrier down vertically and stood on one end and kited a reject into the opposite end. I shot it immediately when we were both on opposite ends touching the ends of the barriers. The reject did not bleed. So Infiltrator’s Laceration card’s description is wrong. I believe it to be 2.5 meters to bleed a target and not 5 meters.

Obviously this could all just be part of the U.I. but before Michael Shannon left he said U.I. work is extremely difficult and cant be implemented into Gears 5 this far into its life so I believe him.

Also. Thank you to @WickedlyInocent for coming into escape and dying for me. She’s good at that.

So… (correct me if I’m wrong), this means that:

I said this in the other thread where this conversation started, but unless Sera’s humans are different sizes than us, then yes, the in-game measurements must be wrong.

I have 2 barriers on the ground. I walked a short distance into the first one. Which is why I came to the conclusion that barriers are a little over 5m each, using in-game number representation.

The only thing I believe to be incorrect is Lacerations description. With my screenshots a barrier is a little over 5m, in-game meters not actual real life meters. But as I explained shooting an enemy on the other end of a barrier won’t make them bleed so I believe the description of the card is wrong.

And also TC’s in-game representation of what a meter looks like is very wrong. Again, I’m going off what the game is telling me not real life because obviously like most people have said those barriers would be like 3 meters in real life but TC says a meter is different in-game.

Hmm… I dunno. I think the simpler explanation is that some of the measurements are just wrong because it’s the kind of thing that TC would mess up. I like to think that Seran humans are biologically the same as Earth humans cos it’s just more relatable, and if they’re basically double out height and size, it kinda ruins it for me. I don’t know about the expanded universe, but do the story books or comics ever mention a character’s height?

I don’t know about the expanded universe, but do the story books or comics ever mention a character’s height?

I believe so, but I’d need to read again. Traviss is an author who likes minor details.

That’s not what I gathered from the post at all.

And it looks like Energy Surge gives you the stim when you’re 10m away from the tap’s center (not measured from the edge). So technically you have to be a little less than 10m to the actual tap.

Basically you’re right about Laceration being less than 5 meters.

He zoomed over shoulder in the 10m photo, so it messes with the perspective but it looks like 10m from the pod is the same as 10m from the tap.

tap’s center (not measured from the edge). So technically you have to be a little less than 10m to

I figured this was the case but didn’t mention it as I thought the post was already too much. Lol

Somebody posted a graphics a long time ago on Foundation, making a few circles here and there indicating how many meters those are. If somebody can find that, might also help a bit with visualizing the ranges.

If that’s the case then Laceration IS 5 metres then (using in-game wonky measurements). When I tested it on Turbine and those two sets of doors I had placed a Barrier inbetween them to slow the enemies down.

For anyone curious what 5m look like ingame Gears 5

This is the pic i posted in the other thread > Blockquote EDIT: [Captureaerghehgt] EDIT 2. revised picture taking the other direction as 50m. This is probably more inline with HerrKatzchens images. 10m would be better alot more apt than 5m. 15m would be good though. [Captureaerghehgt2]

Change meters to feet and problem solved.
Seriously- barriers are not 5 meters long. More like 5 feet long which is about 2.5 m.

@RelaxingKoty thanks for the letting us know.
@WickedlyInocent you death was not in vain.

Change meters to feet and problem solved.
Seriously- barriers are not 5 meters long. More like 5 feet long which is about 2.5 m.

2.5m is 8ft 3in. Five feet would be shorter than any character not named Lahni.

Talking specifically about the proportions, not the gameplay, here.

Lol it’s Seran feet.
But seriously- the game is inconsistent. And often it’s very hard to go by visual estimates.

I also laid a barrier down vertically

The person who started using the term vertical in regards to barriers being positioned this way, and made it catch on, is an awful person and deserves to be banned. Not the person I’m replying to, although it’s a toss up whether it’s said ironically or not. Sure. “EvErYoNe KnOws WhAt I mEaN”, but still. If it was placed vertically, it would be standing up .

Update: please set aside your thoughts on average human height on Sera in relation to a barrier. Im trying to shed light on what the game and what The Coalition considers to be a 5 meter distance and finding a visual representation of it which happens to be a barrier.

Here is a video of me getting cooldown as Protector from a juvie that is on the opposite side of the barrier that I am on. I kill it, and recieve cooldown. Protectors card states that getting kills within 5m will grant 28 seconds of cooldown. This worked everytime I killed an enemy on the opposite end. 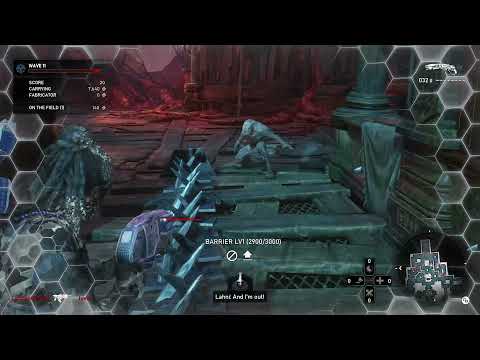 I had very inconsistent results when trying to test Infiltrators bleed. Sometimes I would shoot an enemy on the opposite end and it would bleed and sometimes i would do the same exact thing and the enemy would not bleed. This very thing happened in this clip with a DR1. It was on the opposite end, it didn’t bleed. It side stepped a little bit and then it did bleed. 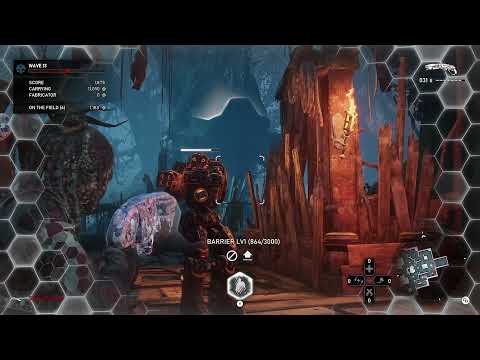 One final clip for people that may think the game considers the barriers to be 2.5 meters. Here is a clip of me playing BM. There is a bleeding reject halfway through a barrier (a barrier is considered 5m so the halfway point will be 2.5m). I walk away from a barrier and am not getting healed. I walk to the edge of the barrier and recieve healing while the reject is still halfway through the barrier. This clip is kinda funky but you can clearly see that i wasn’t healing then I walked forward and got healing. 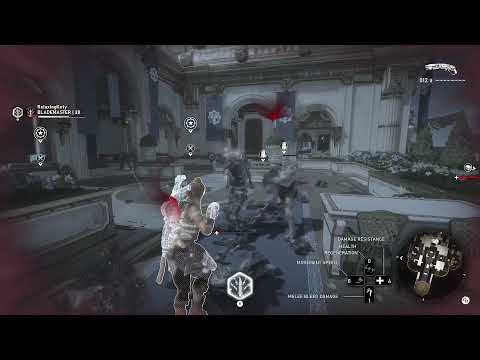 Conclusion : In-game a level 1 barrier has to be very close to 5 meters long. After all this testing I’ve come to the conclusion that laceration is a very inconsistent card because sometimes the 5 meters would work but sometimes it wouldn’t. This doesn’t surprise me though because Infiltrator also has the problem where sometimes you’ll point-blank an enemy and do very minimal bleed damage.

Also @illusoryMage I definitely see what you mean. I just described as vertical because it would be the easiest way to explain things from the pov of my character in-game.

English isn’t my native language, but how do you write a barrier placed “vertical”?

I think “forward facing” would be the best correct option.

But even though “vertical” is technically incorrect, we all know what you mean when you say it. No one thinks the barrier is standing on end.

I prefer the terms “across” and “long-ways” to describe the positioning.