Gears 5 PC Version - fizzy shadows and effects around characters and things, how can I fix this?

Hello people, my Gears 5 (PC - Xbox Game Pass Version) is having weird graphical problems since the OP5 Update. I don’t know how to describe it precisely, but everything seems so pixelated - no matter what I change in the graphical settings. I hope the screenshots can show you what I mean. It looks really weird and it is really annoying. Character skins look very weird too.
This was not there before the Op5 update. Game looked fine before.! Pay close attention to the pixelated areas under the cardboard, around the Lancer, around the bows and around the feet of the Rejects. Please, I really don’t know how to fix this. You may also need to zoom in on the screenshots, to see the effect. 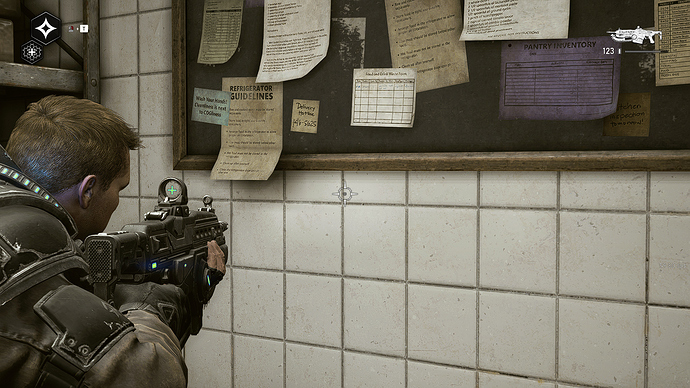 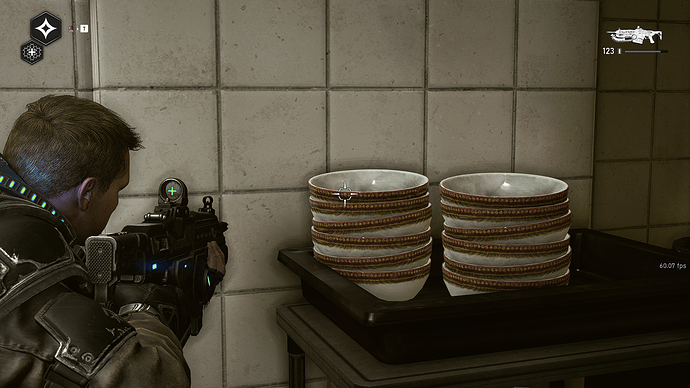 I think im having the same issue. Like there is a pixel type texture on characters now and it gets worse the further they are from the camera. Its driving me crazy and idk how to fix the issue.

We can clearly see your problem in the screenshots. It looks like it’s related to the shadows settings. I would have said Ambient Occlusion too as I know it can give that dark outline in this game.

Have you tried both in-game and global settings ?

Yes, same! It’s really annoying. In Multiplayer it’s already a nuisance, but it is immersion breaking in campaign. I have tried the following things without success:

I stopped overclocking my GPU
Switched off and tested different Ambient Occulsion settings
tested all kinds of graphical effects - high and low
Switched off tilted ressources and diagnostic mode and the third setting, which name I now don’t remember
Re-downloaded and re-installed the game
started as administrator
Turned off all seetings in the radeon software

And I’m sure this was not there before the OP5 Update. Did you notice this problem too after the OP5 update?

We can clearly see your problem in the screenshots. It looks like it’s related to the shadows settings. I would have said Ambient Occlusion too as I know it can give that dark outline in this game.
Have you tried both in-game and global settings ?

I have turned and off ambient occulsion but it doesn’t seem to help.

I have switched on and off the game settings and also tuned around in the global settings of my Radeon software. Basically I disabled everything, but it doesn’t seem to work. 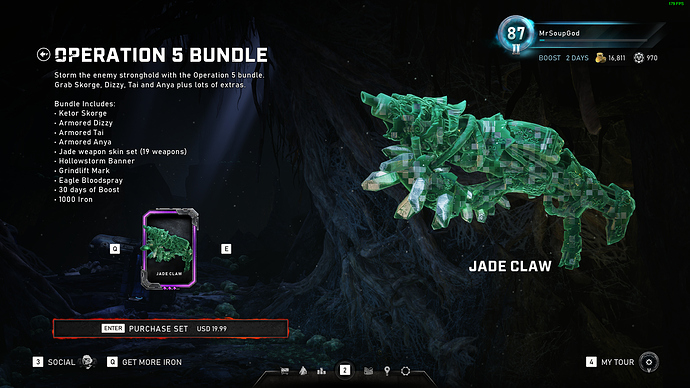 Has the “ambient occlusion intensity” setting (the 0 to 15 cursor) any effect ?

It is supposed to make those dark areas around the edges darker as you go up.

I switched it now completely off and this weird effect is gone. Thank you for making me aware of Ambient Occulsion being a possible cause. I only put the regulator on 0 but that didn’t help. I tried different settings with it too, but it doesn’t seem to work properly, no matter what value I choose. Do you need a really good graphics card to play with ambient occulsion? (I use an RX580 8GB) Anyway, I’m a ■■■■■■■ who re-downloaded the game for one and a half days because I was too blind to see the extra option above the regulator lmao. Thank for helping me!

Glad we could help ! AO can be taxing but the RX 580 should be fine with all those settings in Gears 5.
Personally I don’t like having a too strong AO that gives thick dark outlines around everything.

Yeah, I’m not really a fan of it either. I noticed, that Gears Tactics has those too, but I always thought that was just because the game might be not programmed well. Now I understand, that it is Ambient Occulsion and not bad programming lol. I’m still quite new to PC gaming, so I don’t really understand what many of the options mean outside of stuff like character and world details etc. I gotta learn all these terms haha!

Ok, this looks like a crazy graphical artifact. I don’t know what the solution could be, but I think I saw threads on reddit regarding that topic. It seems to be connected to issues with Nvidia I believe. But sadly I have no idea either, I’m new to PC gaming.

Im still having the issue of pixels popping up on characters still. No clue on to fix this but i know it never had this problem before operation 5

Sadly, I don’t know a possible fix either. Perhaps delete and re-download the game? Otherwise I suggest, you open a new threa on these forums and ask the users for help, I can imagine somebody having an idea.