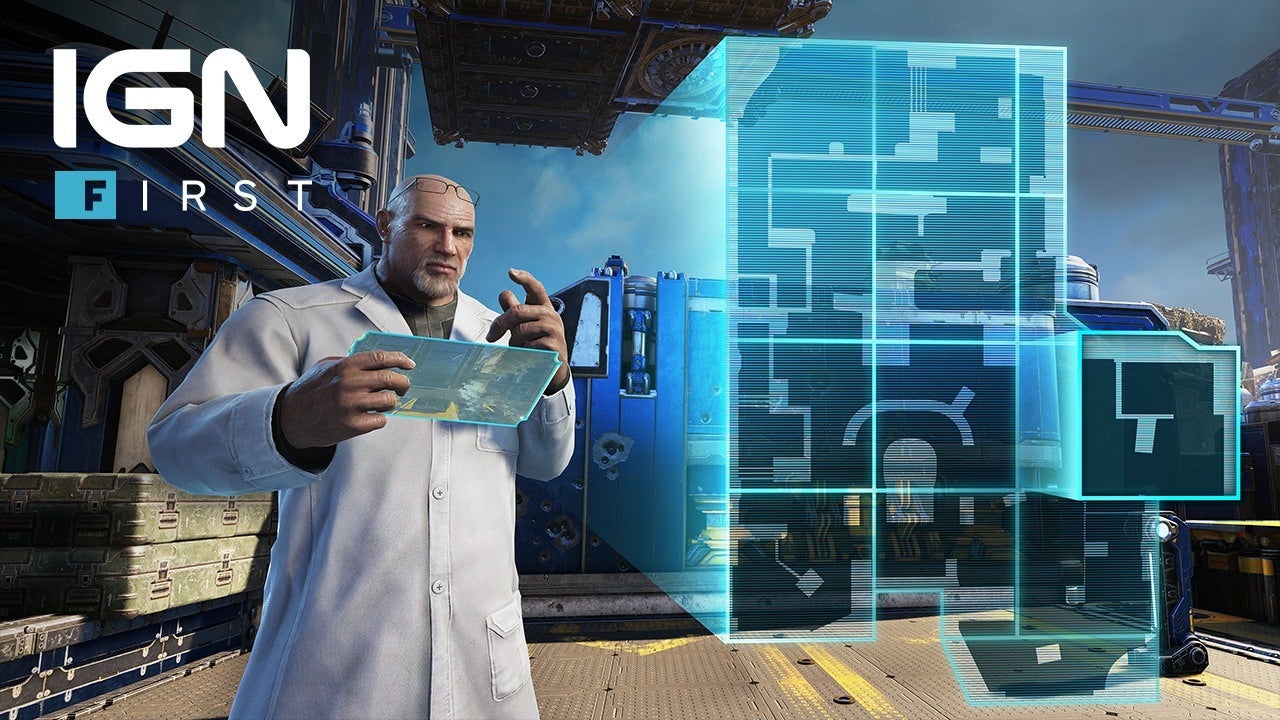 I must admit, when I heard “Map builder” I had high hopes for some Halo 3-style Horde. Could’ve been fun. But no, it’s for Escape. Still looks interesting though,

EDIT: Turns out eventually it’ll make its way over to other modes. (Credit @mike_yaworski)

…the novelty will probably wear off very fast.

Node said on Reddit that it will be expanded to versus and horde too:

Map builder will only support Escape at launch. Over time, it will grow to include Horde and Versus.

One of the most exciting things about Gears 5 is bringing UGC to every player. I can’t wait to see what the community creates. While it’s only escape at lunch, we plan on supporting all MP modes over time. https://t.co/r72ucTMt4u
2 Likes
T0NY_HAYABUSA (T0NY HAYABUSA) June 19, 2019, 7:08pm #3

With an official map builder the only thing that comes to mind would be to reduce XP on private games.

One way or another speed runners are going to have a blast.

Possibly yeah, or maybe their map builder will be super limiting (which would be unfortunate). I haven’t watched the IGN thing so I’m not sure if I’m missing something.

I wouldn’t keep those hopes too high. Pretty sure I read or heard it somewhere that the maps created in the builder would only be made available to the general population if they were generally feasible… but that doesn’t prevent you from creating an ultra difficult map and trying it yourself with friends. But I might be wrong…

With an official map builder the only thing that comes to mind would be to reduce XP on private games.

I saw somewhere that any maps built on the map builder do not give any rewards since the system could be abused. @TC_Octus can we get a confirm?

I’m hoping that restarting a Hive won’t take forever. I love how Naughty Dog was able to make every one of their PS3/PS4 games have very fast restarts. Less time waiting for it to reload, more time actually playing.

I know it’ll get weird with remote players and having to make sure everyone is ready before anything’ll happen, but hopefully it’ll still be pretty fast. Especially with speedruns in mind, we need faster restarts.

I see! Must’ve overlooked it. Good to know cheers

Well that’s a bit better. I can’t see it being literally building a map with total freedom for the entire of the chosen sandbox, but who knows.

Oh I know. It’ll be VIP access. Only those finely hand picked for standing above the general riffraff.

I actually think the having to complete it before publishing is kinda dumb tbh. Sure, why not show that it’s passable, but this just restricts the release of new maps from others too much, particularly for difficult maps. And in the late stages when people get a feel for escape and know what they’re doing, difficult maps are going to be even more difficult to release because it actually requires other people to play & coordinate properly to get it passed & published.

But how many attempts is that gonna take, and how much time does everyone have to spend actually doing that anyway? And why does it have to be the creator who has to complete it to pass it?

HERE’S WHAT THEY SHOULD DO.

Make a map searching system that categorises maps based on difficulty (casual, normal, hardcore, insane, inconceivable), or UNBEATEN for maps that haven’t been cracked yet. I think calling them unbeaten or unbeatable would encourage players to try to beat them, just to prove the name wrong lol.
Difficulty is determined by:
Number of attempts
Number of fails
Number of passes
Average time per pass
Number of deaths and maybe number of rescues.
EDIT:
Unbeatable must have had at least X number of attempts with 0 passes to be titled as such

Otherwise there could just end up being a tonne of great maps that never end up being published because people gave up trying to beat them, even tho they might not be unbeatable. Let the best escape players be the judge of that. Not being able to get your own maps published would be very de-motivating and frustrating as a map creator tbh, glad halo 5 doesn’t have anything like that in place for forge or I wouldn’t be happy.

Make a map searching system that categorises maps based on difficulty (casual, normal, hardcore, insane, inconceivable), or UNBEATEN for maps that haven’t been cracked yet. I think calling them unbeaten or unbeatable would encourage players to try to beat them, just to prove the name wrong lol.
Difficulty is determined by:
Number of attempts
Number of fails
Number of passes
Average time per pass
Number of deaths and maybe number of rescues.

Now this idea I actually like, you could be onto something. It’s such a simply system but wouldn’t encourage a hell of a lot of people to get more involved in Escape as a game type as well.

I just imagined if there are any escape mode pros out there after the game releases, they might be more tempted to try their hands at the un-passed maps if they were labelled “unbeatable” is all

I’m not sure about other games that do it, but since Mario Maker requires you to beat a level before uploading it I can only assume that that will become the standard for map builders in games, at least ones that are objective based.

They can’t exactly have you ‘complete’ a map you made that’s made for Versus, so whenever that functionality arrives it obviously won’t require you to beat anything to upload it.

I saw somewhere that any maps built on the map builder do not give any rewards since the system could be abused. @TC_Octus can we get a confirm?

Correct. Hives won’t give you XP or Rewards due to how easily that mechanic could be abused.

We will be working closely with the creative community that emerges from this to manually select Hives to feature. Our intention is that any Hives we choose to feature to the wider community in the browser would likely have XP enabled at a minimum.

For the majority of created maps though, that will not be the case.

What would constitute being featured? Something of similar quality to developer made maps?

Good, that would make things too easy.

Sounds like a good idea to encourage the community to put a bit of effort into their Hives. Should be interesting, looking forward to it

Unique maps with smartly placed cover and enemy spawns, as well as behavioural traits, creating a Hive that’s challenging yet reasonably balanced to give players a fair attempt to Escape.

What would constitute being featured? Something of similar quality to developer made maps?

We’re expecting to find the unexpected.

It’s something we plan to put guidance out there for around launch (ie. Fundementals of making a good map) but it will be just down to finding quality experiences that we want other people to discover.

We’ll also be paying attention to what the community likes - not just what you share online, but also the most played, highest rated and most completed maps - on top of what we discover as a dev team.