Everyone thought it was great we were getting free maps from 343 at the time, but the quality drastically decreased in both visuals and design.

I think new map and hero reveals will be used to keep players hyped to play the game and keep people subscribed to Game Pass or at the very least purchase the game when their subscription expires.

Halo forge type maps probably won’t be enough to do that, in my opinion.

Yeah. One of my fears is that they do some Bungie stuff with how they did the Reach maps. I love Reach but the lack of map creativity was laughable. How they just ripped sections from the campaign and slapped them as maps or relied too much on making maps with Forge really sucked. I really don’t want that to happen with Gears of War.

Even though there’s only 7 VS maps so far, at least they seem more creative and better put together than the majority of the original GOW4 launch maps.

I do agree with you there. These maps look stunning from what I’ve seen. Asylum gives me Allfather’s Garden vibes.

Yea, I like the alien look to Vasgar, with the red sand and the crytallized blood-looking stuff, along with all the destroyed environment.

They brought a lot I was asking for in Gears 4 in map types for 5. Everything isn’t all shiny and new, Bunker has lots of overgrown stuff all over. The maps are all very unique from each other. So, there’ll be a lot of cool tilesets to play with in Map Builder.

I want them to bring more alien looking areas, and overgrown, war-torn terrain for maps. So far, so good though. Not having to fulfill a 2 maps/mo promise allows them to make sure the quality and creativity is there for each map, and nothing is rushed. If they keep it up like this with new map releases, I’m good with it.

So, after watching some streams i can say i really like Bunker map. It looks fresh and really beautiful. Impact in G4 was the same kinda map for me, i think it was nearly the best looking new map and looks like Bunker can be another best looking new map.
Iceborn map looks interesting too with it’s frozen and slide sections and weather.
Asylum feels kinda strange to me. I think the map is too bright, it looks like there is no real difference between outside areas and well lit inside areas, just different color of lighting.It need to be darker and creepy for sure. It has lightning effect there, so just imagine something like Impact dark level of darknes, but not so dark with lightning effect, that brings so much atmosphere.

Thanks!!! I was trying to do that but I guess Im not internet savy enough so it was an epic fail.

It does smack of Mario Maker. A bit like “We can’t be bothered to make any maps so here’s some tools, make your own!”

Thanks for the video OP,it’s definitely going to be good to see new maps, 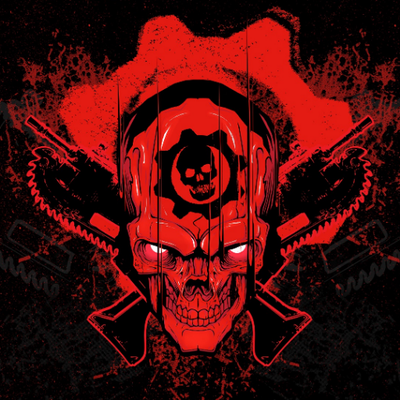 @OctusTC will we be able to use the player hosted lobby system(lobby browser) to find a playlist with all 12 maps in rotation? (or host a public lobby with all 12)

Wait so those gears 4 maps are unchanged right?

Thank god gridlock isnt there from launch i used to love that map but im so burnt out on it. That bunker map looks huge! Maps are looking good.

So they released a trailer of new maps and said there will be 11 maps total. That’s standard, as the last few games have released with 11 or 12. Except Judgment which I think I remember being FOUR but…I digress. So anyway, 11 is fine, except they clarify further that there are 7 “arena style” multiplayer maps and 4 hive/escape maps. Seven maps feels…i think “rip off” is too strong but I was expecting more. Unless we are going to be playing TDM/KoTH/etc on hive maps? Do we have any info on the pace of post-launch map releases? Like if there are only 7 maps at release but we get two every month like in GoW4 then this isn’t really that big a deal.

Here’s the trailer if you’re interested. FWIW the maps do look good, looking forward to Asylum, though I didn’t enjoy Training Grounds during the tech test, but that’s fine, I don’t expect to like every single map. If you preordered Gears 5 or are an Xbox Game Pass subscriber, you can preload the game starting today. Just head over to the Microsoft Store in your browser and open Gears 5. You should see the option to "Install/play." While it's impossible to play...

the question no one asked , where is this map ?

These maps look like they have much more personality and diversity compared to 4.