Whoa what? I never said that. I love new maps. I’d rather new than old.

Dam is welcome. Rest are poop.

What’s that then? Or you mean maps from gears 4?

I meant Maps from gears 4, my bad. In fact I’d rather have all gears 5 new maps. Originals! Although I do enjoy the idea of playing on river from gears 2!

not going to lie here, only 7 maps at launch is a bit disappointing. I thought it would be at least 10 maps like all the other Gears games (minus J).

seeing as they had Gears 4 maps for the esport event I don’t see why they didn’t include those. they were tournament ready.

Tbh, when I saw how secretive they were being, and that they only wanted to show 2 maps, so close to launch, I had a feeling it might be less than 10.

It could work out for the best in the end, as long as the quality of the maps stay up to par this way. If they keep coming out with great looking new maps, and bringing back decent old maps, I’m cool with it.

I could totally deal with that.

hopefully it’s really easy for the studio to import Gears 4 maps this time. I would just say bring back every Gears 4 map unaltered to cut down on the work needed to be done.

Again I say that Gears going directly to GP is not good for us die-hard Gearheads.

I genuinely believe TC do not have to work so hard for our money now. I also think that MS has given them a free pass on Gears 5, it really doesn’t matter what business it does.

I think the fact we can’t be sold loads of RNG is the reason Horde now only have a few characters to choose from. TC didn’t need to work so hard.

Time will tell if course, I do want to be wrong.

It’ll only make the game seem rushed if they do that, better to start out with a low map count that keeps up a certain quality level, and slowly add to that. They struggled to do 2 maps/mo in Gears 4, but 1/mo should be do-able without losing quality or creativity.

To be honest i don’t see here Halo5 situation.
H5 just wasn’t ready to release. Arena devs maps was desinged with another lighting in mind. Release graphics was downgraded, dynamic lighting was changed for static solutions.
Btb maps was made with Forge because they did new maps for Warzone, but Forge wasn’t ready to release too, so visuals was poor untill they added new options, materials for blocks, canvases, etc.
So it’s completely different scenario i think.

anyone know the length of Operations? (or even what it is?)

They mentioned players will always be able to unlock content from previous operations so hopefully that applies to the tilesets, as well.

Yea, that makes sense, weird they’re doing tilesets in that way, but I guess it adds more to the Operations.

Microsoft wants people to stay subscribed to Game Pass so they’ll make sure their first party games have a steady flow of new content for players.

Gears 5 will be one of the marquee titles for Game Pass that they use to advertise the service with so I think they have more incentive to keep new content coming at a good pace.

is this tweet suggesting Dam, Forge, Foundation, Harbor, Reclaimed are in the game but only playable in Private?

EDIT: ok i just scrolled up through the thread and seen the video clip… 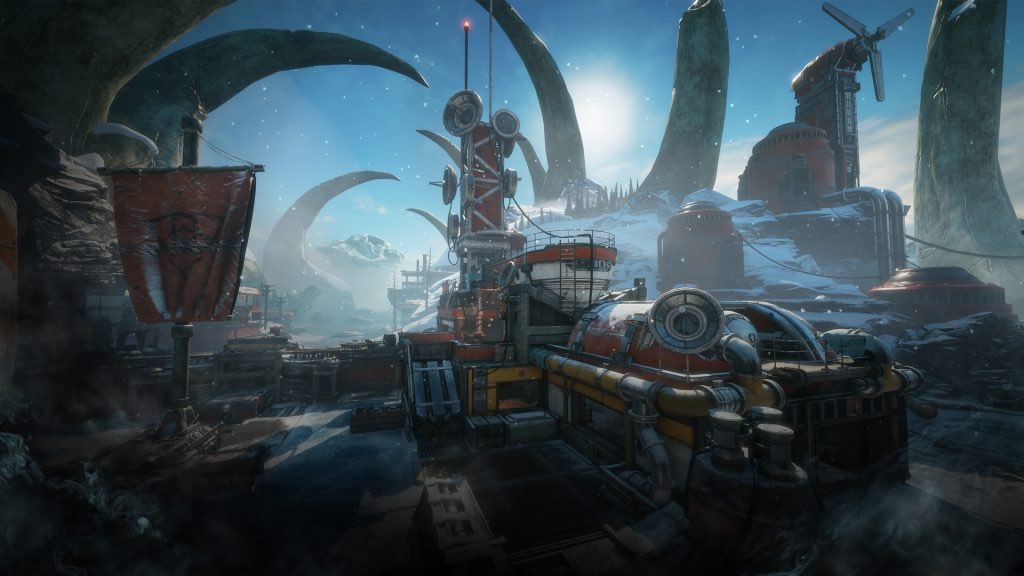 Why? Why would they make such an irrational decision?

ok so with the player hosted lobby system in place this helps with that map count. we can go looking for matches with all 12 maps in rotation.

7 maps are disappointing, but Gears always gives a lot of maps Post Launch so not too worried. As long as maps are well designed and the Tour of Duty has plenty of content should be enough to hold everyone over until DLC Maps

Watch it be DLC and you’ll lose your mind

I really hope not. And I doubt it will be since it’s always a launch map. Theres too many great maps to keep getting gridlock and blooddrive