Gears 5 Horde Is The Best

The detail.
The skill.
The hero system.
The nuances of gameplay.
The card system.
The team building.

============
UPDATE:
I thank everyone for their replies and opinions. While my initial post was not detailed my reply to one person was complete.

Here it is and you will understand why Gears 5 horde is the best and most detail game thus far.

Click on the link or scroll down the thread.

You’re bad at the game aren’t you? Do you play with an actual team? This is probably why you find it boring. I will go over some of what you said as your understanding of Gears 5 horde is bad. ========== Keegan - Kait - Lizzie - Fahz - Baird - Can hold their own even on Masters. Most characters like - Sarah Conor, Lanhi, Grace, Kat, Emile, Marcus, Cog Gear etc can go up to Inconceivable no issue. Masters is horribly imbalanced however I will give you that. Mac is the most useless in hor…

Why it’s ■■■■
No enemy diversity
Shoddy ammo economy
The hero system(as it is) severely limits how often characters get released
No horde events
The matriarch(need I say more)
The modifiers aren’t as changed up as they are in Escape
Most dps characters are weak on higher difficulties
Low ammo capacity compared to Gears 4, and 5’s Versus. As in, you get 30 shots in Versus but 24 in Horde/Escape

You shouldn’t really care about what others think. As long as you think so, is all that matters. Why come here to ask people on these forums? Your just asking for tonnes of negative feedback.

Its another thing when people openly accept mediocrity

Once again, that is your opinion.

For some people yeah, also for many people this is worst iteration of horde.

As I would say I like overall concept of horde 4.0, current state of it is not satisfying in terms of fun.

What is wrong with horde now:

The nuances of gameplay. 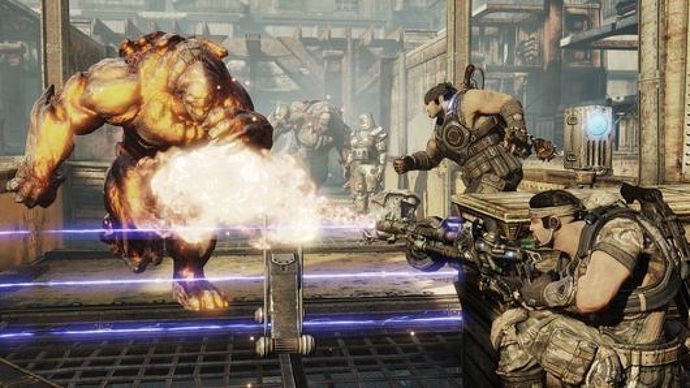 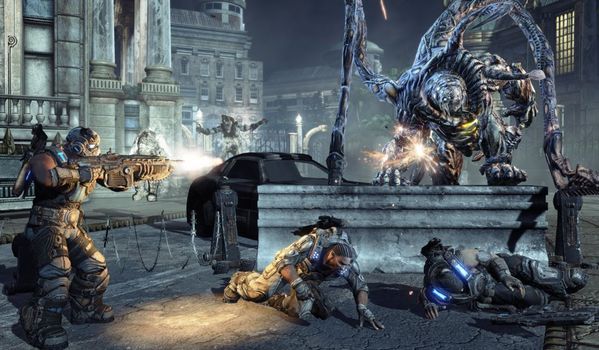 Gears 5 Horde Is The Best

Change ‘Horde’ to ‘Escape’ and then we agree

I agree it’s excellent. The only thing I would like changed are the card system. No need for any grind at all in horde or escape. It adds nothing and adds another gate to just playing the game how you want to play it.

Also the symmetrical maps and limited set up points. I’d half the size of the fabricator to end the endless streams of Forge lobbies. Or remove the fab altogether and start with a Forge which doubles as a fabricator but there from the start.

I’m torn between 3 and 5 but leaning towards 5 just a few tweaks needed.

Oh I see, this is Wolf’s alt account. Thanks for giving yourself away man.

Some of the classes are not even balanced.

Like for example: why give Sarah Connor nade damage and completely forget about “resupply” card (where you get nades every 15 secs)? She also doesn’t even have no “nade plants” card. If you also give her nade bleeding damage card and the other two cards I suggested above I would be happy.

What happen to “magic bullet” and “called shot” card?. They are the only two cards that are missing from Fahz, and they were the best cards from 4 for sniper (in my opinion).

That’s some good bait right there

Everytime I play horde on Gears5 it’s one of the most boring times ever. I can say the same for escape mode although in all honesty I have never even tried escape bc I am not even 1% interested in it at all. It looks incredibly boring. Same as Gears4, when it came out I flocked to horde hoping to see new silverbacks, new fortifications, new enemies etc. The enemies sucked, the gameplay felt like it was no where near 60fps, and the fortifications were virtually non existent.

Gears 3 had by far the best horde experience. The character and boss diversity was too notch, the simple aspect of every man for themselves no roles that have you feeling stuck doing or not being able to do certain things. The simple fact that everyone had access to all the fortifications, yet each player had to rank them up in order to unlock the upgrades made it extremely fun helping out the lower skilled players.

The silverback, sniper/mortar /hammer strikes were more fun than any ability/perk in Gears5. Mainly the upgraded silverback, only one player could get one per match and to be that player saving up and racing for the silverback…once you got it, MVP every round. It sucked when you would buy it and someone else stole it though.

Whether you really enjoy horde over the past 2 games or not, one thing that is abundantly certain is that both games have not head and shoulders surpassed the previous experiences…and this is something I really want the Gears of War franchise to try and achieve going into the future.

Gears5 has regressed more than pro-gressed from 4 to 5.

…you might want to change your gamertag very soon…

Horde 4.0 is not in the same class as Epic’s vision and indeed versions.
2.0 is king, we all know it

Yeah so I have heard, damn, there goes my role model…

however its not the best I’m afraid to say…

But there’s no nuance. There’s no real team work. There’s no real depth in the variety of gameplay. It’s just casual. Every character is the same, You get good at certain characters you nail it, and when you’re bored you switch up some cards for different mechanics - and buddy them up with different characters for unexpected amazingness like the fahz marcus xray living legend combo.

the gameplay felt like it was no where near 60fps,