We’re trying something a bit different. We’re going show you a work-in-progress to get some feedback on some new ideas we are working on. We don’t typically show work-in-progress, as often the final software may be different than the prototype. With this particular early look at an idea for the inverse omen, we would appreciate your constructive feedback…maybe catch something we didn’t see before it gets released. This process is to move towards getting more things in the game that are both good for the game and good for the players. This doesn’t mean that all feedback will be incorporated or that the final in-game design is exactly like the prototype when it ships.

We have heard your feedback on the inverted omen, especially that the opacity around the screen edges can feel overwhelming. We are concepting a new 'simple omen’ that is an option that players could enable if they wanted to. In the ‘simple omen’, the periphery of the inverted omen is completely removed. We want to keep the centre of the omen as it shows all the hit indicators and will grow slightly as you get damaged, as it does now. We feel this new concept will allow you to more clearly see the action during fights. It still supports all the new Gears 5 features like frost and stim, but for damage, it will take up less screen space. The images below are prototypes and not yet fully in the game build. We are working towards this and hope to show videos of it in action soon. The two images show the different omen states – the first shows roughly 50% damage and the second is approximately 90% damage.

Check it out. Post your feedback on this thread and we’ll do our best to respond to all of it. And finally, we want to be more transparent so please keep feedback positive, the dialog constructive and, depending on how this goes, we may do this again in the future. 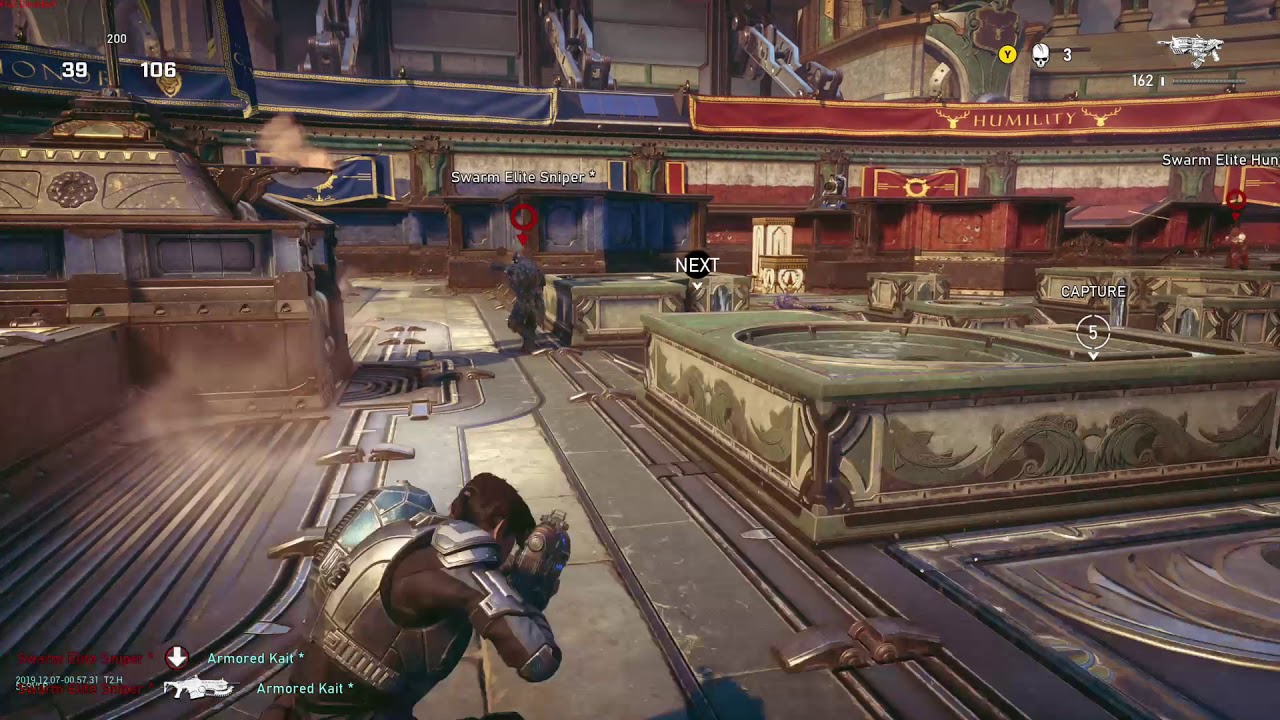 Very nice. I love how it kind of has an old school look but feels new. I’m guessing it will look the same for ice effects too? The only thing I’d say against it is, maybe make the direction you are getting shot/taking damage from is more prominent.

I’d like to see if you are gonna be doing the same for stim too. I’ve not got a problem with the stim showing up on the screen as it does now, just some people may have issues with it the same as the current omen.

Better!!!But please give us the oldschool Omen back! Thanks…honestly I dnt understand all these changes!?

But please give us the oldschool Omen back!

i can appreciate that sentiment, but please understand that they CANNOT do that, without a MAJOR re-engineering effort - which they can’t and won’t do… So asking for the old omen, it’s a waste of time… it’s not going to happen…

And honestly, if the choice is (I’m going to make up the numbers here)

Work 8 months to give us the old omen back

I prefer the former …

I like this change but I think it would be better if the omen itself was smaller in size like in previous gears games, it would help a lot as well.

Hey the rank system is a little better first of all. And as a 2006 original player the omen should be the classic way not a big abtrusive red splatter atlesst make it able to be toggled on or off.

It seems pretty good and not that intrusive

The changes were made because of the new cryo and stim effects added in this game. They tried using the old omen but it didn’t relay what was what, you couldn’t tell if you were taking damage from ballistic damage or cryo damage

Much better ! Good work ! I think the omen could be a little smaller too

Major improvement. I didn’t mind the design of the inverse omen, it was the redness and the opaque red spikes from the corners that obscured the screen way too much. These new pics look so much better overall. Big thumbs up!

So far it looks way better and I think this will work. The main problem with the current one is that you can’t react to what is happening next to you (left or right), because it covers your whole screen.

It’s just hard to tell the difference between 50% and 90% damage based on this screenshots. maybe the omen can start just with outlines and gets fuller the more damage is done or something like that. just a quick idea.

Be interesting to see if you can visually “feel” the difference between slight damage or full red.

Looks pretty similar from 50-90, but clarity of the battlefield is a worthwhile trade off.