Gears 5: Bleed Damage is Bugged OR Card Text is Misleading

So while testing things related to the current daily, I discovered an issue with regular bleed damage (no I did not have the reduced bleeding damage modifier on when making these findings):

In Gears 5 the bleed damage cards for all classes are stated as a percentage of “damage” with no more specifics given. One would assume that refers to damage dealt, whether it is per tick or the total damage over the duration of the bleed, but it seems this is not the case.

Either the damage is bugged and lower than intentional, or the card text is highly misleading and the percentage is based off of some other damage stat you can’t see in the game, perhaps “base weapon damage”.

In the latter case I wish the collation would provide these details/numbers because it makes the percentages on the cards arbitrary otherwise. Sure they can still be compared to each other, but comparing bleed damage to non-bleed damage for potential of a class becomes impossible without tedious examination of game clips.

Here is a quick toss-together I made to demonstrate this: 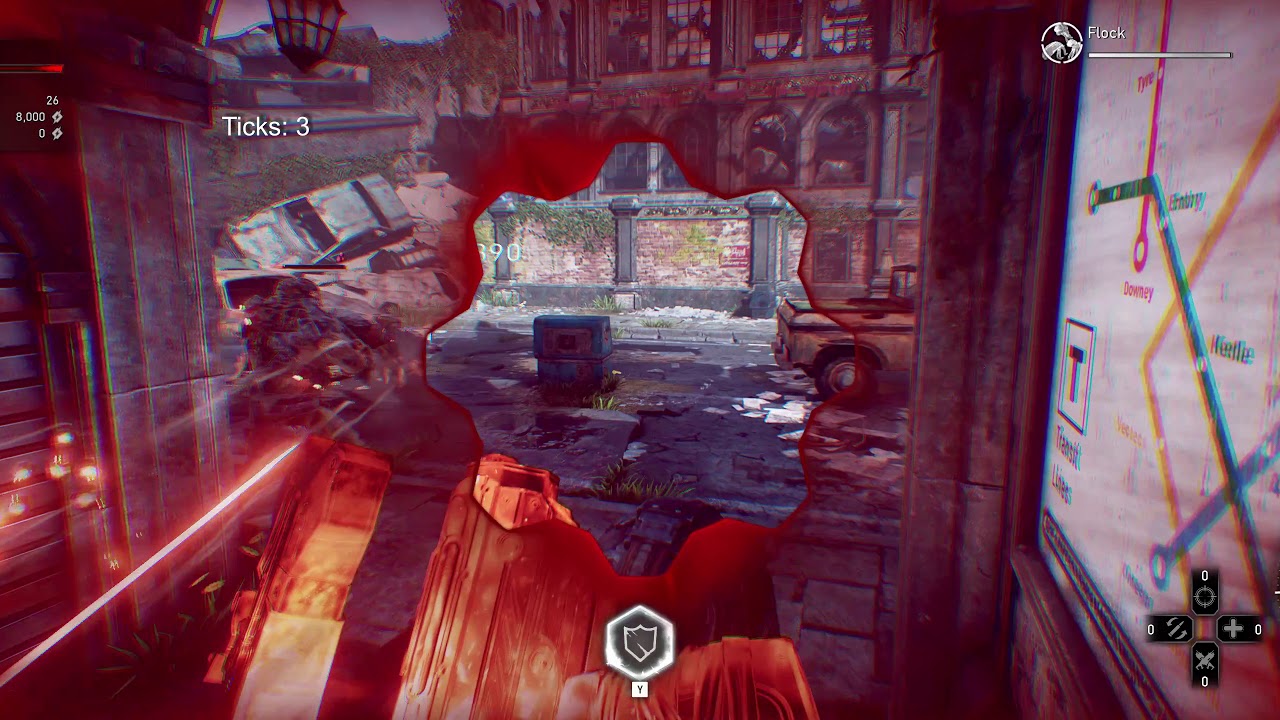 Do you have any other cards on that enhance those weapons? Or perks that do damage? If so, I would try removing those and rechecking.

Good point. I assume it is the shot / damage you dealt like your video exemplified.

I never looked into it personally but after watching the video some clarity would be nice in regards to this matter.

If you are holding a weapon that gets a damage buff, it will make the bleed stronger so bear that in mind.

I’m aware of that.

It’s based on base damage. Most of the bleed numbers are 2/3s of the listed percent, because players in horde get a 50% damage buff which isn’t included when calculating bleed. I can’t explain why shotguns have 1/3 the bleed they’re supposed to, maybe point blank you get bonus damage that isn’t part of the bleed function as well.

Just a note, headshot damage doesn’t increase bleed. So if you’re playing the Anchor class and naturally go for Boltok headshots, the bleed damage applied will still be based off of the damage dealt as if you hit a body shot.

If a weapon has damage dropoff at a distance, like the Boltok, as far as I can tell that also influences the bleed damage calculation so it is less than if you were shooting at the enemy close up.

I didn’t tested it through to be 100% sure, but I think its the moment of applying bleeding damage make it looking inconsistent. Active reload and most of buffs are counted in the bleed, but weakspot bonus is defenitely not.

My conclusion for this is that apply damage function works like that:

So if you’re playing the Anchor class and naturally go for Boltok headshots, the bleed damage applied will still be based off of the damage dealt as if you hit a body shot.

Yeah, and annoyingly the same case for gunner and torque bow bleed. I stopped using that card because of it.

Lazy programming (i dont belive it is intentional, just was easier to code it that way)

Welcome to Gears of War.

I tested the bleed mathematics a while ago and noticed the same thing. Either TC doesn’t know simple math or they calculate it in some unknown way. Back when 25% bleed was the max, the Boomshot would do like 6k damage and bleed for 1.5k per second for 5 seconds. But who the hell knows how they calculate it. I know for sure the bleeding damage is only based off the initial damage of the shot so even if its a headshot it doesn’t bleed based off the active headshot damage - which is stupid.

Last operation I tested the numbers and got this:

I played daily horde map with reduced bleed mutator
Fair enough …
Trouble is it stayed reduced even in other maps after finishing the daily challenge !
I’ll see if it resets after a new daily challenge is launched but so far …, another TC bug

When I was doing this as you can see I had no perks leveled and no, I had no damage modifying cards equipped for those 3 classes. It a bit hard to tell since not every card is rolled over but you can see in the video which cards I have equipped if you look at the edges.