So 10 years ago this month we got the sublime, supreme, champion of Gears.

Much like the great Gears 5 anniversary thread, I thought this would be a good place to put your memories or thoughts about “Brothers to the end”.

For me it was playing the campaign on Insane with the same 3 Gearheads over a few Saturday evenings, all online. To this day my absolute highlight of gaming, bare in mind I got my first "console(actually home comp) in the shape of a Vic20!

Also playing Horde and Beast. At the start of Gears 3 life I was more of a pve player until I fell in love with koth!

Another highlight was getting the Gears 3 360 and also the Epic edition of the game. I collect Gears memorabilia, so both items were a must have.

Another highlight, defeating RAAM on hardcore with my missus, she got stuck at his feet, which glitched, which then allowed me to off him

Oh and playing as my 2 favourite badarse ladies in Gears with Sam and Myrrah.

do you believe me if i tell you i played gears of war 3 two days before the university exam with my teacher ? craziest coincidence in my gaming life and i though his voice very familiar at first and then i asked our mutual friend if he is a teacher or something and he said yes later that day he joined the party and he told me don’t you have exam? i said yes and i appeared offline and continued my horde lol the rest is history and the teacher is my best friend. i have tons and tons of great memories,

Now that is awesome.

I got Gears 3 at a midnight release and have the following fun anecdotes:

Met two people in the line I later became friends with, also saw a tosser who lied about his stats and accomplishments and bragged nonsense (which was later shown to me by a mutal friend) giving me a good laugh (also ended up killing him a few times as the reaper in J and he never got the kill on me).

Played some of my recorded “fanmail” to other Gears people and one of the blokes was so infamous everyone at the launch knew the gamertag for the angry voice message rants.

Slightly before picking up the game found out one of the 4 people in our group for playing through the campaign decided he would get the game and go to bed. One of the other members of our group got mugged in the morning delaying it even further. Then the 3rd member of the group’s cousin showed up in tears at his place because she had just had a breakup and wanted to be consoled. We also played on arcade mode straight away, not knowing it would reset our weapons every time we passed a chapter. We beat the campaign more than a day and a half after we got the game.

This was the worst 4 player co-op session I experienced and in a comically tragic fashion, with 3 different people (my wife and the people I met in line at the midnight launch) RAAM’s Shadow wasn’t working for season pass holders so we all stayed up waiting til that worked. Those incidents gave me a better appreciation for what it’s like to be @GB6_Kazuya

I recall getting gears 3 on Christmas day, it was a very good Christmas that day

However my whole day was ruined when I had to watch Dom die. I was always number 2 so I had to play Jace… but eventually I got to play Anya so it got better

Gears 3 isnt really my “halo 3” of gears games, gears 2 takes that cake. But I had some good memories of it.

Anyway, Gears of War 3. The absolute pinnacle of Gears. A fine accomplishment of sheer happiness.

I loved the Campaign, it had more of my glorious Queen. The embodiment of perfection, Myrrah. I remember playing it with my cousin and two friends on Insane.
One funny time was when we were early into the Campaign, on the bridge with lots of tickets before you drop a crate onto the Lambent Leviathan. Anyway, there was a very small room you had to pass through with very narrow exits. By chance we all entered at once. Enters a Ticker. Me and one friend, Veterans in our absolute prime, skilfully tried to wallbounce out of the room while the other two casually jogged. Yes, we all died while yelling

I loved Horde mode, playing it many times and getting all achievements. It was a great improvement on an already great Horde 1.0. Such an excellent structure and boss variety! Even better to hear the Queen every Boss wave!

Beast Mode is beautiful, I played that the most of the PvE modes. So good to finally be fully on the Locust side and slaughter famous COG Soldiers. Easily got those Onyx medals a few times over.

Versus is where it’s at for me though. I played it religiously for almost 7 years. I’m not even exaggerating when I say almost literally every day. I met a lot of people, one of which I played with for most of the time, and made a lot of great memories. Sure I had a reputation for constantly giving my team kind words of encouragement or the enemies some well deserved grief, but it was always in fine taste with a hint of sarcasm.

I miss those days a lot sometimes, they never quite recaptured it. I truly plan to go back once I’ve finished with Gears 5.

Anyway, I’ll stop here as I really could write a book on this game!

Best Gears of all time.

I had to pause it every 5 minutes to take care of the kids. Now, they play it with me.

Bought it at midnight (Epic)Gears 3 campaign was awesome,different ways to play.With or without mutators.And yes I had a tear or two for Dom

Gears 3 was quite the memorable release for me.

It was one of those bad preorder DLC things where you got a different character skin depending on where you bought it. So I got my little brother to come with me and stand in line for me at Gamestop’s midnight launch while I go to the Best Buy one down the street. We hung out at Gamestop first, where they were having trivia outside for prizes. They called on my brother, I whispered the answer to him, and he got a “GOING COMMANDO” t-shirt for Commando Dom… and it was an adult XL. Mind you, he was 14 at the time lol. He still has that shirt as an oversized around the house shirt, actually.

So at quarter 'til midnight I left him to drive up to Best Buy and pick up my preorder there. I hurried in and was given a raffle ticket before he shut the door behind me. I got literally the last raffle ticket before they started drawing for prizes. They had four big TVs set up with Xboxes attached, and people were playing LAN games in turns, but they ended that to announce prizes. I won a free copy of Gears 3 for my ticket, and when I held up my ticket I got some scowls from people who had been there all night.

So I ended up with a special edition with Adam Fenix, a preorder with Mechanic Baird and a preorder with Commando Dom. But while waiting in line for the Best Buy preorder, the crowd chanted out the Gears 2 head shot lines for the first five people who picked up their copies:

At first it was just a few guys doing it, but by four and five the whole crowd was.

I hate that I was too young to experience this.

i have more crazy story but it’s non gears related , i don’t know if you aware of it or not but back in 2009 microsoft had a monthly event called game with fame and they invited the famous band and singers to play
specific game with the fan on xbox live, luckily it seems somebody in microsoft were a huge dream theater fan and they invited them to spain microsoft headquarters ( they were on tour ) 1 day before their newest album release, man i can tell you it was a surreal experience to play a videogame with your musical heroes and be able to knife them in the back with red ping lol here is the clip that i lose my sh… due to receiving voice message from john petrucci guitarist of the band.lol 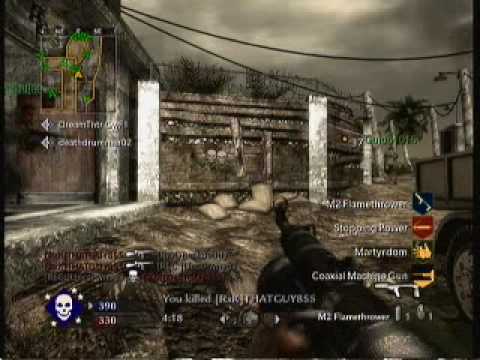 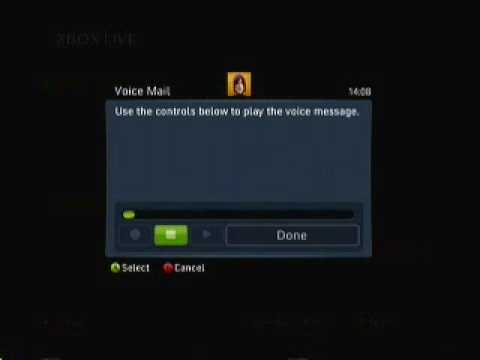 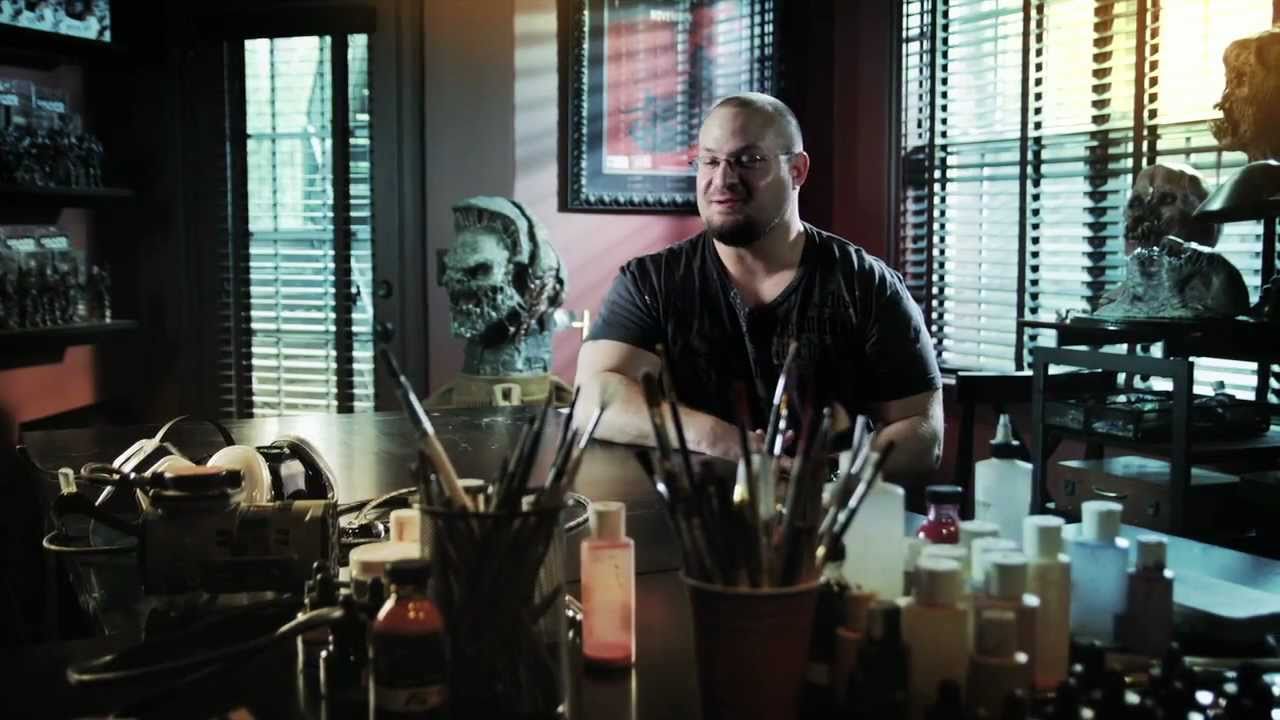 All I have to get nostalgic over is Gears 4. I’m what you call late to the party.

I went to the midnight launch, before that the store did some trivia with prizes and a friend won a prize (Gears 3 keychain).

I bought the edition with Marcus statue, and as a bonus a Gears 3 keychain too.

We played campaign all night, and Gears 3 is still the best Gears ever IMO.

We played campaign all night, and Gears 3 is still the best Gears ever IMO.

This man gets it

Although I would substitute the word good for amazing.

I played the first one when it came out on the computer, my brother wanted me to play it even though I knew nothing of how to play it. He kept telling me to revive him while his little sister is struggling to understand playing with keyboard and mouse… Then he was saying we would continue them after we completed the first one but it never was on computer again for some reason.

Then I got a Xbox One later then played the 2nd and 3rd one with a friend who said I should before 4 came out, so we played all of them and then I just kept playing 3 even until now. I think 3 was what made me dislike 4 and 5 a little more than I should. I never played a game like the beast mode and horde that I enjoyed that much.

Sam, Bernie, and Myrrah are my faves too.