Game modes of the past that could return in the future

what pvp game modes from old games would be nice if they came back for a future gears installment There are many exclusive modes of certain deliveries, some have been loved and others forgotten, but they could give more variety and options when choosing a game, I am not against the new, and I would like new game modes to be created preferably, but sometimes it’s great to bring something old back

I must clarify 2 things,
-First: I am going to omit some modes because they are essentially the same as other modes but with another name, such as annex, which is a koth with warzone rules, assassination, which is literally guardian of gears 1, or domination, a more casual version of escalation, in general they are modes with slight differences, so, unless they do a 2.0 with notable differences with their current replacements, I do not know if they could return
-Second: I will not mention overrun too much, I would love for it to come back, technically it is a pvp, it is more varied and could attract new players due to its game mode that has more options than the normal pvp modes, but talking that way is something very long, there is a lot to say and say, and it would require its own thread, thread that I did some time ago here, so it would be repetitive to mention it here

-Capture The Leader
This game mode of gears 3, a more strategic guardian variant, many played it and the mechanics is an interesting twist on what guardian is, since it is not limited to just killing, but to retain, I have heard several want that come back but it would be good to hear a more general opinion here

-Wingman
A mode that I have seen that has been requested a lot, and I can understand why, it is interesting to just have a partner and have to watch your back and play as a team, it is like a Free for all but in pairs, it was a mode that had its charm

-Submission
A ctf combined with ctl, where you capture a stranded and retain it to win, with the bonus that the stranden is not in any team and is hostile to both, basically it is a killer flag, I have my doubts about this one, I don’t know , I feel that for this type of game there would be better and more frenzied options like ctf, ctl or gridiron so I can’t say if it would be good if it came back but, you better say what you think

-Master at Arms
A very good alternative to Arms Race, as it is based on Free for all, where you change weapons with 1 kill, and if you commit suicide by accident, you roll back your weapon, and as there are no teams it becomes more competitive and more frenzied, a true race so to speak

-Breakthrough
A quite different mode to the flag modes that we have in gears 5, where there are 2 teams, one defends the position of the flag and the other takes it to a goal, multiple flags can be scored, the attacking team wins by scoring certain number of flags and the defending team wins by consuming the opposing team’s respawns, those who defend have infinite respawns, and the defending team cannot take the flag, so if the one with the flag falls the flag stays fixed on that place, making the entire defending team have to reposition themselves to prevent the attackers from stealing it and scoring it, it is more of strategy than gridiron and ctf, it is very different from these 2 and that is why it would be a good addition as a game mode

Well manins what do You think? 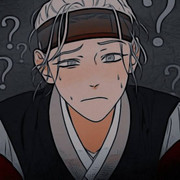 I miss how unique these game types where. Not only unique but back in the original trilogy they always felt like gears. They didn’t make capture the flag, they made submission where u gotta grab someone that’s shooting a you.

Very clever in my opinion but always retaining that gears feel. It’s so much more generic now. Don’t get me wrong I’ve enjoyed ctf and gridiron but they don’t have that gears feel, i it’s so cookie cutter not bad but not as gears.

I still want a massive war mode where its 40 on 40 or so with vehicles and objectives. Such as gain the hammer of dawn but u had to link up the sattelites so it takes time instead picking it up you actually fight over it. Thing of that nature happening around the battlefield but also it would be like control but ur trying to control whole parts of the map not just a ring or or small flag.

My question is, how long will these modes actually last? the only old mode I can see fairing well is wingman, that mode is GOATED. whereas submission, master at arms, and CTL are probably only good as novelty modes. they could do well as special events but I wouldnt see them last as a ranked mode or even quickplay.

The current modes we have in 5s comp are great, I do prefer gridiron over capture the flag but it is what it is. any extra modes besides wingman I feel wouldnt fair well.

Wingman, wingman and wingman. Did I mention wingman?

I would love Breakthrough to return and Overrun.

Submission has some of my favorite GoW2 moments with my friends.

No one here mentioned KOTH. KOTH’s been replaced by control, and hence it is a thing of the past.

I want Wingman to make a return in Gears 6.