I might’ve narrowed it down slightly, watch how it happens right after the Cryo Cannon is emptied on the Flock. Possibly that’s the only time it’ll happen? The player who’s game crashed was on console and the host. I myself played on PC. 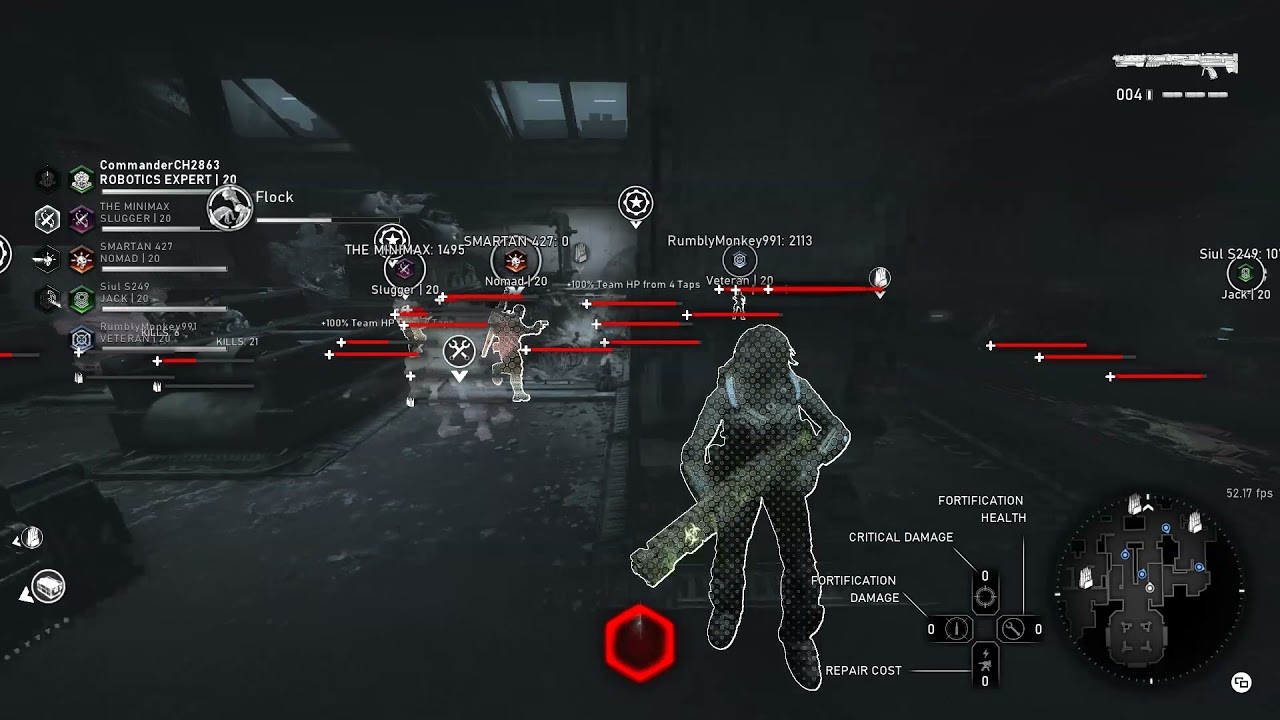 Game crashes upon doing anything lol

For real, though, I am not exactly seeing anything to suggest it’s related to the Cryo cannon. Of course, I can’t say it not related to the cannon, but given my experience on console with the recent crashes it’s just completely random.

This particular crash seems related to the Flock and the Cryo Cannon because I’ve experienced this a bunch of times already. Somebody crashed, there was a Flock there and somebody used a Cryo Cannon.

Sure there may be more, but this particular one seems very likely to be related to those two things.

but this particular one seems very likely to be related to those two things.

I’ll keep an eye out and see if it happens when the 2 two are present. I have used a cryo on a flock and remained in the game, of course there were times I was just doing the usual run and still the game crashed, which leads me to believe it’s purely random. Don’t suppose we could see it from rumblys side?

Yeah, I was upset when that happened.
Nothing better than being kicked from the game as you are fighting.

For a moment I got worried that it would end the game for you guys.

Don’t suppose we could see it from rumblys side?

I was streaming too. Have to dig through 3.5 hrs of gameplay lol
But I’ll post a clip later.

Have to dig through 3.5 hrs of gameplay

If you want to leave a link, I can go through it and have a look but if you want to post the vid here then awesomenawesome lol.

If you can go to twitch and find me “RumblyMonkey991”
there will be a past stream called “Horde 1-50 no perks and skill cards”.

I just watched and it looks like the stream just ends as I was reloading.
The guys were freezing the flock.

I just watched and it looks like the stream just ends as I was reloading.

Yeah, not a lot to go on there because like you said its looks like the stream just ends. Thanks for showing me, though.

I’ll see if I can recreate the conditions and if it happens to me or someone else ill take a video and post it here. Although given the forums have sort of been abandoned by TC I won’t hold out for a fix, but no harm in trying I guess lol.

I’ve experienced two separate crashes when a Cryo was in use. Once when an Ice Scion was trying to do so, the other time when I was attempting to freeze the grounded Wakaatu on a daily.

I guess I can now add a third to it, albeit never experienced myself since Xbox crashes of Gears 5 are on the rare side.

The Cryo is supposed to freeze things. Including the game.
It’s a bu-feature, yeah, a feature.

I just watched and it looks like the stream just ends as I was reloading.

Yea the Xbox streaming app is terrible in that regard, a game has to be running in order to stream.

Hence why I use a capture card in case I play on console (and always do a local recording too just in case).

Another bug I’ve found and happens quite often since I play by myself alot. Is if an ai teammate dies to a cryo cannon and you bring em back and they get frozen again it’ll crash your game or at least it crashes mine. It tends to happen on the small maps though like checkout or rail line