“Some say war is hell. War is not hell. For in hell, innocence is spared.”
-Kaliso

Other than the industrial-punk aesthetic. The dark music. The snide remarks. The fact that Baird continues to be a bigoted ■■■■■■■ for so long even after being near-death so many times. Lizard people from underground and lasers from space all juxtapose with the little bit of poetry in Marcus turning over the statue’s head. Dom saying his goodbyes, or without dropping a beat the failure in Marcus’ voice as he says “It’s okay! I’ll carry you!” because for a brief afternoon he had his own father back after losing his brother and immediately shuts down the idea of losing him again and is quite literally fighting to the ends of the Earth to save humanity.

I love that in any other character’s eyes Marcus or Delta isn’t some “Demon” allfather hero like 117, or the Slayer. They have a reputation but it’s not held in high regard. Marcus has a tainted record. He never goes above Sergeant because there’s better men than him to lead.
“Look–there’s two ways to win this war. Either make Gears faster or kill grubs faster. I’m a lot better at the second one.” Man I love that quote.

I like how hopeless everything seems at times, like when Prescott lies to and then abandons his people after asking everyone to go on a suicide mission months before, and stalling just enough so that Adam has to test Imulsion on himself to see how it develops.

This except for the NCOG marine helmet, it’s my second favorite helmet.

Personally I love
Clayton’s Helmet,
& OG Onyx Guard,
The helmet’s that Brand’s squad wears. They’re kinda Benjamin (Gen 2) adjacent but have this lifting pilot’s visor I like a lot. 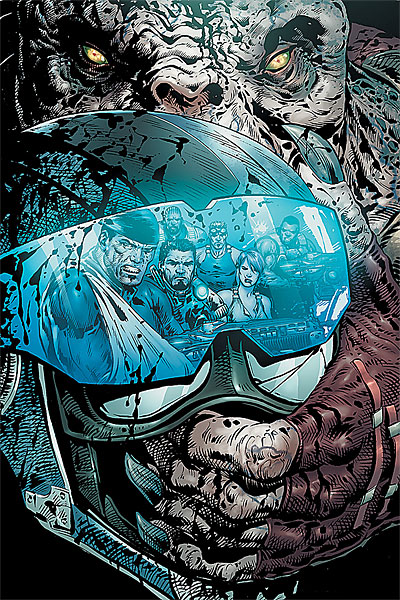 Gears of War: Barren Part Five is issue #13 of the Gears of War: Comic Series and is the fifth of five issues that make up the Barren story arc. It was released in August 2010. With Marcus out of action, Damon Baird has taken command of Delta. Does...

NCOG helmet is the third variation of the generic gears from gears 1-3.

I just think it looks sweet. Bens helmet is my favorite helmet.