Getting updated has always been my favorite thing in the series. It’s even better than the 83%.

(Example video is from gears4.) 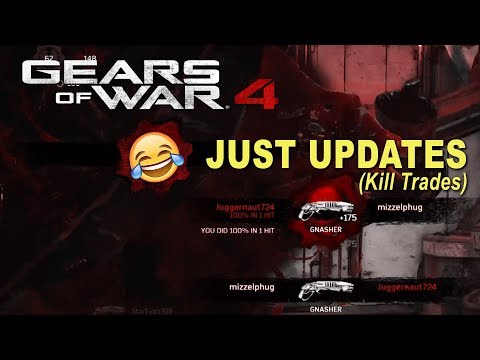 I love that people are still using this term

Like butter used to rage about getting updated in his old videos. Those vids are hilarious

His ragetages would definitely be up there with my favourite things from this franchise.

Timestamped for my favourite part

Such a classic moment. I used to be like that too though.

I’d say a good 3/4 of Gears4 was just one update after another for me. Lol

I was making monthly videos of all the trades to kill time as client work slowly trickled in at my old job before the company went under.

Note, the specific details may be slightly incorrect but the gist is accurate:

At some point in Gears 4’s lifespan, every time TC applied an update to Gears 4 it reverted the trade window to the max setting. People would rage about it and Cleven would keep responding on twitter saying they hadn’t changed it.

It usually took a day of him getting spammed to check, and then he realised a bug had happened during the update process and then it got fixed.

This same routine would happen over and over and each time it was like news to TC.

Most of us did.

maybe this could go into the unpopular opinion thread, but i have the perfect opportunity to say it because of this thing you mentioned

At least in my opinion, I prefer this type of customization of choosing your favorite COG/Locust character over the idea of ​​creating your own soldier by customizing his armor, I understand that this gives more freedom of customization regarding how he looks, and also it favors the fact that the game is in the third person, but I think that so far this type of customization system works well for gears, and I would not like all that to be replaced by a mold with interchangeable parts, yes, maybe it is unique to us, but in the long run it wouldn’t have as much personality as using an established character built for the lore

I also know that this deep customization of a mold serves them very well for several games, although honestly it works for several of them because they do not have as much material to cut from, without the intention of demeriting any game, not all shooters can boast of having such a vast and gigantic lore, from which you can get skins directly related to the story, and I would dare to say (at the risk of being wrong) that this type of customization is exclusive to gears, which of course, being exclusive does not mean intrinsically good, but the fact of adding a different customization system from other games is not an infallible move either

I know it worked in tactics, but that game is too different to make comparisons with the main line of games, and, although there are skins that can put you off because of the simplicity that they are made of (like some of the collector skins, renegade reyna , and a couple more), I can name at least 10 gears 5 skins that show that, at least the tc designers know what they are doing, and they do it very well

by having a lot of content behind gears, this type of system can be sustained, and if we talk about incanonical skins because the possibilities increase too much, even such a system could work for other franchises that also have a lot of content behind, if one day halo hits a start of genius in the van Gogh style and they decide to change their system for the gears system, they would have many skins to use and adapt (hopefully it never happens, the current one has been working well for them, and if a “minor” change from 5 to infinite made them dissatisfied to many people [I’m not saying that it’s not justified, but anyway], a change of this caliber would make the community go even more crazy, it is also fps, it is not very comparable, but it was an example that there are few franchises that can do something like this)

I got too much opinion from so little hehe, but well, sometimes I think that when I read that people would prefer a synthet like halo or similar, I like this one better, but everyone will have their favorite 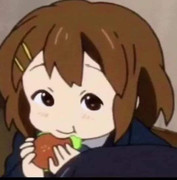 choosing your favorite COG/Locust character over the idea of ​​creating your own soldier by customizing his armor,

I think a system like Doom 2016 had could be implemented effectively. Have interchangeable armor pieces to swap out on the familiar characters, but also have a color wheel picker, specularity sliders to adjust the glossiness, and keep the overall looks within the Gears universe.

So you could helmet swap, hivebuster vest swap, cog armor swap, x-steel armor swap, swap accessory belts/pouches and even graffiti emblems/stickers to your armor if you wanted your character to look like a Nascar loaded with advertising. Just keep the appearances locked to factions. (No cog armor on locusts and vice versa)

The pieces could be progression or challenge unlocks. Might be more appealing than unlocking a full character model that a player might not even like.
(Like the current all white atrocious heroic eyesore skins )

Horde Mode PVE. i’m hopeful that microsoft and TC realized that PVE is Gears biggest draw long term and more resources are given to the team who’s working on it.

Imagine the possibilities when you start adding new fabrications like sandbag wall allows you to take cover behind but can’t be moved around once places or watch tower that’s 10ft up but very weak and insta kills the player on it when it gets destroyed.

The @xSMUDGE_BATx experience the exactly one time we played PVP together.

I guess it could work, about that system the locust parts catch my attention more, they have too many unique interchangeable parts that could be used, such as the grappler shoulder pads and helmet, standard drone helmet, shoulder pads, etc, one of the greatest exponents of this is the g2/g3 grenadier, if you play horde or horde 2.0 and pay attention to the common grenadiers, not the elite ones, you will notice that many very different shoulder pads and accessories and even sets that do not match each other, I guess the pieces are generated randomly on he 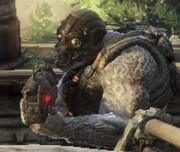 I hope tc still loves the few players left here and in 6, keep the gears coin system and don’t go back to the iron of the first operations or adopt a system like halo infinite, if they do, I know they will sell the normal sniper goggles and raised sniper goggles as 2 different accessories, and I’m sure we’ll see threads and threads complaining about that, accusing tc of just wanting money and etc, I have not the slightest doubt 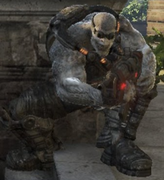 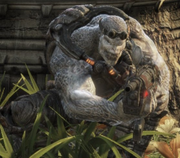 Gears 6 really should have Tactics levels of customization. Enough said.

I really want the Gunner Drone and Grapplers to appear in a game someday. Their helmets look cool. 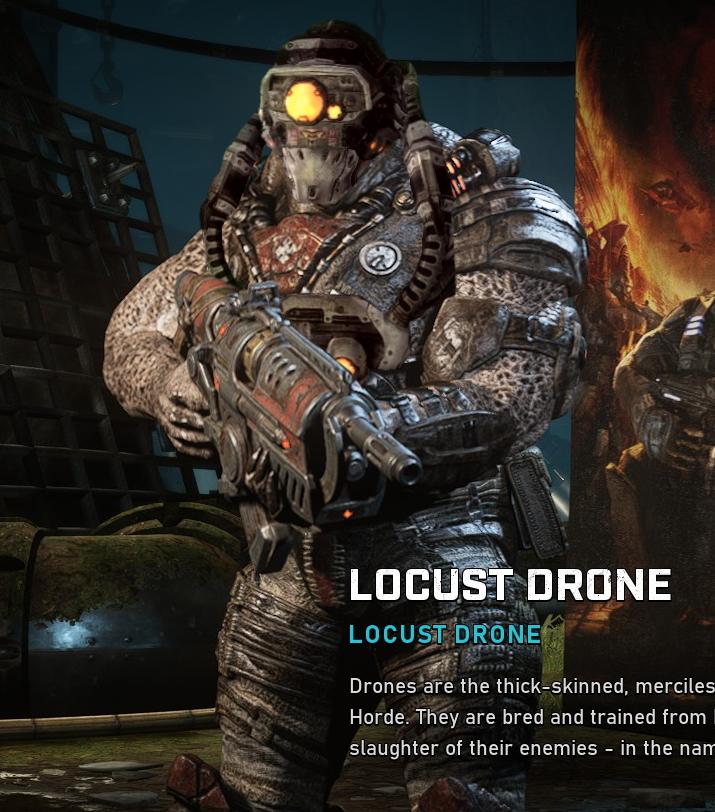 This except for the NCOG marine helmet, it’s my second favorite helmet.

Gears 6 really should have Tactics levels of customization. Enough said.

Things that can “do one”
Robot enemies
Helicopter as boss in Horde!!!
Open world (maybe!?)
Enforced crossplay
Emotes, although I don’t hate them, well maybe the laugh spam of any character!

I loved the character design in UE and Gow 1 feels like they took the cartoony route in gow2-5. Also the Gore like gears 2 level of gore.