I need him back

especially the weapon skins that came with it

This should be my dumpster fire now 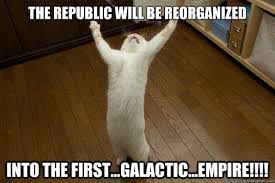 @GhostofDelta2
my boy need his own dumpster fire

I will not forget this, I have a debt to be paid with you now

The real question is when is Forza gonna invite me to play versus?

same, I never seem to get an invite.

I wasn’t a fan of killer Mike but EL-P’s voice lines are the best ever made in gears. Deebees are a close second :3

I’ll add you in a few hours, maybe you’ll change your pfp since @Aloha_its_Kyle played me

@grey_mineman when you’re not on GOWJ I’ll invite, that game is more important than me; I’m at rock bottom

idk Bens squeaky war cry is pretty great. I didnt play as Killer Mike much either. El-P was funnier anyways.

The profile pic stays as Lahni. It used to be Bob Ross in Gears 4 lol

How else am I supposed to see Yes, yes he is. very precious. thats why hes the best Carmine

you’re supposed to be my Drake&Josh bestfriend…

one day we can team up in Guardian and you’ll be Sofia and I’ll be Valera @grey_mineman, one day…

is gonna kill me but I now have a Lizzie pfp

Its ok you have your Drake&Josh best friend anyways