If I got an amazing game every 5 years I’d be set.

If I got a ■■■■ game every year I’d be more willing to play Farcry 3: Blood Dragon again than keep up with the series.

For Gears… we get both.

I personally hope the dev team all get 4 year extended vacations (even the ones who aren’t hired yet) and come back well refreshed to learn unreal engine 6 just in time for a summer 2031 release.

The longer Gears 6 is delayed, the better.

Translation : This eternal waiting is killing me

Not at all. I just don’t have the confidence in TC to pull off a satisfying conclusion after the many errors at the start of, and during, Gears 5’s lifecycle. Minus the odd glitch PvE is great now, sure, but just look at the damn state of PvP.

Cool. I’ll probably have kids by then and they can play it the day it releases

Its more or less not the same people working on the project though as most of them left. I’ve got my own passionate and culturally sensitive reasons for the fall of “Gears 6” but I won’t state them for obvious reasons.

In short I think the game can go both ways since a lot of the previous “talent” is gone. Hoping that they can find some new people who will turn the series around. Doesn’t have to be super popular, just be good lol.

Doesn’t have to be super popular, just be good lol.

Pretty much. Gears of War never has been “super” popular anyway, in comparison to Call of Duty, Fortnite or whatever other mainstream garbage you can think of.

I’d be happy with a game that respects all basic features of the past, like the damn Curb Stomp and the War Journal for example, as well as game modes. I’d rather they keep what has already been released (besides Escalation, crush that crap up and fling it in the nearest bin) and is stable with them instead of trying to introduce new mode outwith their capabilities such as any unnecessary Battle Royale modes. Quality, not quantity.

They should realise their primary fan base and main focus are right bloody here; those who have been around for a while and share a passion for this series. They tried to appeal to the majority with Gears 5. It worked initially but that flame quickly diminished and all that was left was disappointed loyal fans.

We’ll see. But I’m not optimistic at all.

What if your child is a girl? Do you keep it?

I can’t help but read “Logan” as Patrick Stewart.

Because of this fact I’m giving you this cookie for both the Scottish aspect and respect to the Locust Habitat:

Paying homage to my Scottish heritage

does this mean youre going to start eating scotch eggs? 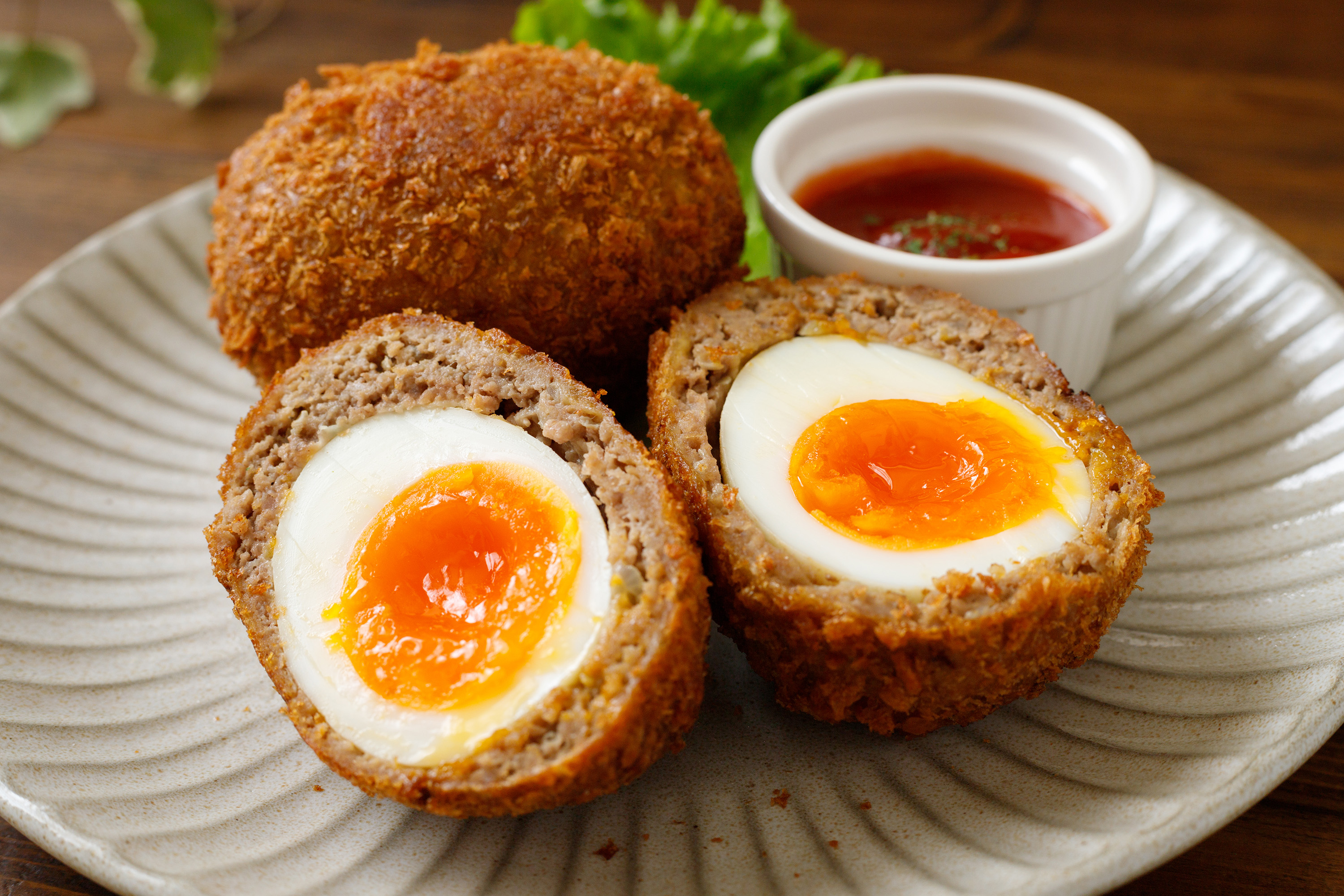 they’re good! its like pork sausage wrapped around an egg

An ENGLISH breakfast recipe where a hard boiled egg is wrapped in sausage, covered in breadcrumbs and deep-fried.

That was so ‘Murican of you, @SnubbbS.

America: You name it, we’ve deep fried it.