For the Love of the Dropshot

Hello again fellow Gears! I just wanted to garner other opinions from players on if they love the Dropshot as much as I do, because I enjoy using it so much I made a Dropshot Headshot Montage on eliminating every enemy with a Dropshot Headshot Critical kill. Check it out, thanks. 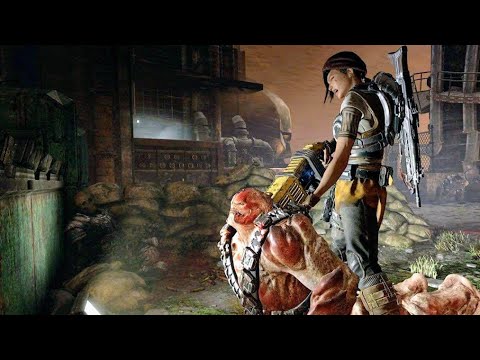 Still counts as “love” of the Dropshot if a Scion shot a homing drill? 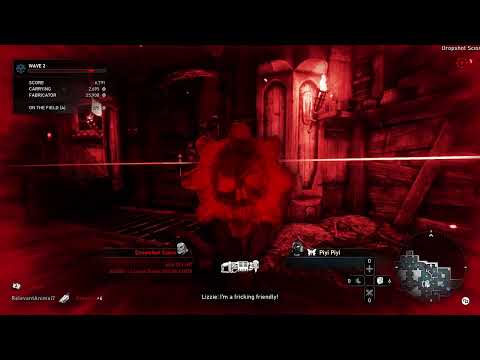 I love the DS, have some good triple kill vids. I did get a quad on Village yesterday but xbox did not record, well it did record 2 seconds

a Scion shot a homing drill?

Had this happen to me once in the entire game. Ran around like a headless chicken trying to get it off my back lol.

Dropshot is still a pretty good weapon. Prefer the Gears 4 version though.

TC for some reason nerfed most of their own creations.

Markza, trishot, dropshot, all have seen the nerf hammer this iteration.

Of course skill cards can bypass some of those limitations.

I wish I could be accurate with the dropshot. This weapon is still difficult for me and I waste many ammo with my pilot (I wasn’t a horde player in G4).
A critical shot remains a dream for me and I don’t know how to improve (outside of playing more solo … otherwise my teammates will be disappointed by my lvl20 pilot)

Pretty good demonstration in your video.

Either one of two things is true, maybe even both:

Probably both are true though. EMBAR use to be more viable in 4 as well, it’s just a stungun in 5 lol.

Dropshot is amazing for pilot and I love it to bits in horde.

However, when I’m playing as Jack and I hijack dropshot Scion its completely different and I don’t like it.

They made it so the Dropshot doesn’t one shot anything it hits directly or headshots when it isn’t a boss, and its damage was also reduced significantly, hence no two or three shot boss kills.

It also seems to be less easy to get the projectile to auto home on moving targets especially, but that can potentially be put down to not using it with practically every class that wasn’t a Sniper or rifle based Soldier.

Comparing Inconceivable in Gears 4 to Inconceivable and Master in Gears 5 is kind of dodgy imo, since we had neither health bars nor damage numbers in 4s Horde to judge what HP enemies had and weapon base damage was, and the balance is significantly different in 5. So I’m more inclined to believe in option 1.

Also, the random damage rolls of the Dropshot in 5, whichever donkey needs to be thanked for that -and by thanked I mean get a very strongly worded letter their way - are a whole other can of worms to be opened.

Add me to the list of Dropshot Devotees, I do enjoy using it.

My only real gripe with it is that the class that mostly benefits from it—Pilot requires a locker and some perking to become truly useful in horde.

Unlike in 4 where ‘every man and his dog’ used to pick up a Dropshot (and EMBAR) very few classes outside of Pilot ever bother to pick one up and use beyond those that have cards that benefit it. I use it on Demo and Tactician (explosive bleed damage) and Gunner (stun). The less rounds it has compare to 4 is also a factor I feel.

I suspect another downside adding to its unpopularity is the degree of skill and practice required to use it effectively. Any idiot can aim and kill something with a boomshot (often themselves!) but getting consistent headshots with a Dropshot requires some skill, practice and consistent active reloads.

On the upside watching a skilful Pilot using the Dropshot is a delight.

Dropshot outside of the Pilot/Lizzie class is indeed underwhelming. But it is cool to occasionally try it out with Tactician’s Resupply Speed Loader just for the fun of it lol. Of course Tact/Demo can get bleed out of the Dropshot too but they have more suitable weapons for their roles.

As said when you highjack a dropshot scion the behavior of the dropshot is completely weird.

Question : does aim assist ON is changing something when using this weapon ? I don’t use aim assist but I wonder how it works with it.

As far as I can tell, aim assist does nothing for this weapon. Now I am not 100% but just speaking from my own experience with aim assist on and off. Having said that, I only recently got back into playing Pilot, so if I notice any differences ill be sure to post them.

I loved the Dropshot in Versus in GoW4, enough to make this… “Team Cap” was a very dangerous idea with Drop on the field 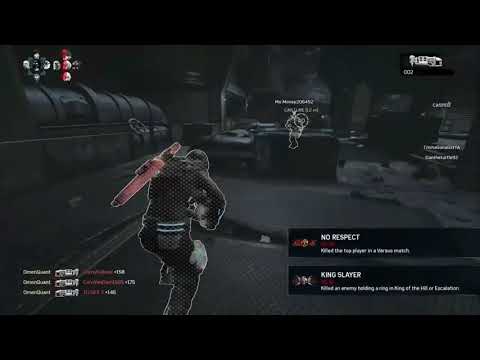 It definitely did much more splash damage in 4, along with more ammo.

It was always fought over in 4. Sometimes I go get it in 5…and no one challenges.

But it is cool to occasionally try it out with Tactician’s Resupply Speed Loader just for the fun of it lol.

If only I’d thought to try this on that horrible daily on Abyss with shielded Scions and DR!'s as I was playing Tactician!

As RNG is as it is, we didn’t get Dropshot Scions until the 40 waves and the boomshot AOE damage seemed to be working reasonably well.

It definitely did much more splash damage in 4,

One of the big reasons why i hate PvP in 5 is what they did to explosives… Boom, drop, frags were POWER WEAPONS in 4… They were worth fighting over… Now? Barf…