For TC, what does ranked match mean?

Isn’t a “ranked” match supposed to match you with people of the same rank?
I don’t play much ranked matches but I think this is very unfair
They match me up with very bad teams that don’t move vs master rank teams 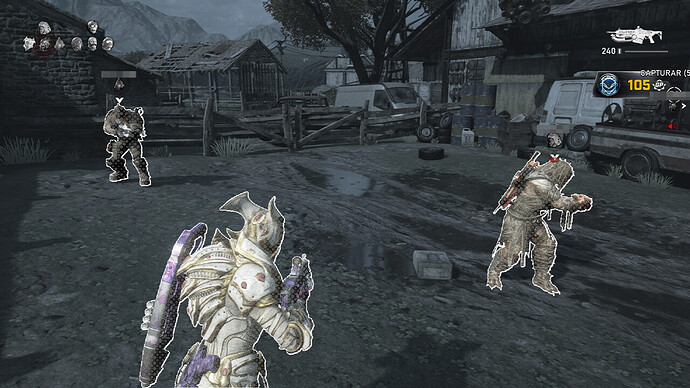 The MM looks for players within a two tier radius. I.e, an onyx can be paired up with masters and silvers. Obviously Onyx wouldnt be paired with both if everyone is solo que, but you get the idea

Dana and TC have always insisted theres ton of players on Gears 5, so why they have to completely destroy the ranking system is beyond me.

Dana and TC have always insisted theres ton of players on Gears 5, so why they have to completely destroy the ranking system is beyond me.

Because there isn’t. Want this game to have a decent ranking system? Sorry but that ain’t happening along as this game is still titled Gears of War. It’s sad because it has the potential with how skilled based the game is.

I know I don’t really have any proof to back up my statement but coming from someone who plays for about 1-2hrs a day and mainly does social, I can safely say I run into similar names throughout my week swapping between the 2 most popular playlist TDM and KOTH.

I wouldn’t be surprised if there were only a few thousand concurrent players at peak per day.

The only explanation (that I can think of) for needing a two-tier buffer is that there aren’t enough players to satisfy regular matchmaking requirements, and have feasible queue times.

Imo, It’s not fun being on either side of the matchmaking (I.e. masters playing against low onyx or vice versa). It leads to a larger imbalance in skill level and makes it hard for people to move up the ranks if there aren’t enough players in tiers below them to even out the teams. Without this, though, matchmaking times would surely increase. So pick your poison I guess.

It’s also strange that TC have never actually addressed player count with real data. It seems they always brush those questions off and divert to something else.

Everybody says this negative stuff about ranked. Ranked biggest problem is stacks. No other legit game that has a hardcore ranking system allows stacks. At the most 1 two person party should be allowed. Period. Besides that their isnt this huge issue with ranked. Their is just a lot of talented video game players out there. And the majority of the people that play gears are pretty hardcore about it and or have been playing a long time. Their is the highest level elite players like RiseAvexys. Then their is everybody else who are all really good on any given night and a good draw of teammates.