For better or worse, TC needs to find one tuning and stick with it

I appreciate TC’s effort to continue to try and improve the game, their passion has not gone unnoticed especially after the major changes in management…but there has to be a limit. Too many dramatic changes causes confusion and lack of consistency. How can someone ever truly master this game’s mechanics if it keeps changing? No game is perfect, especially Gears. It doesn’t need to constantly change forever. Find a good balance and leave it as is. Then let the players master it, both the good and the bad. It’s all part of the game.

Now there are rumors that the new Execution playlist could potentially be the new default for Gears going forward. It’s already been added to Custom Lobbies. This would be a dramatic shift. It’s getting out of hand. Even Custom Lobbies are now confusing. Assist Enabled, Assist Disabled, Beta Preview, Classic. How about one option called “Play Gears”. Smh.

And the same goes for mode playlists. Sure changing Ranked is one thing, the system needed an overhaul. But taking TDM out of Ranked, then putting it back in as 4 v 4 with solo and duos only, and now they are dabbling with KOTH. People love these modes and they love playing with friends. There’s no need for this. Work on modes that need adjustments like Guardian, Escalation, etc. Why are they messing with staple modes? If stacks are an issue, then fix matchmaking, don’t change the entire game mode. The game just feels sloppy and inconsistent when they do this.

And then we have maps. I understand maps need to be balanced for spawns and whatnot, that’s fine. But taking out an entire map (Pahanu), with no warning and no timetable of when it will return, this is not a good move. Leave the map alone and when it has been improved, replace it with the new version. The game has such a small amount of new maps to begin with.

TC - we appreciate what you’re doing but there has to be limits. You cannot cater to every single thing the fanbase wants because the fanbase itself doesn’t even see eye to eye. Find a good balance and just leave it alone. Take ownership and be proud of what you’re putting out there. Yes admit to mistakes when you make them, but know that you can’t please everyone and you can’t keep the same fanbase forever. Put out a good product and then focus on new content. 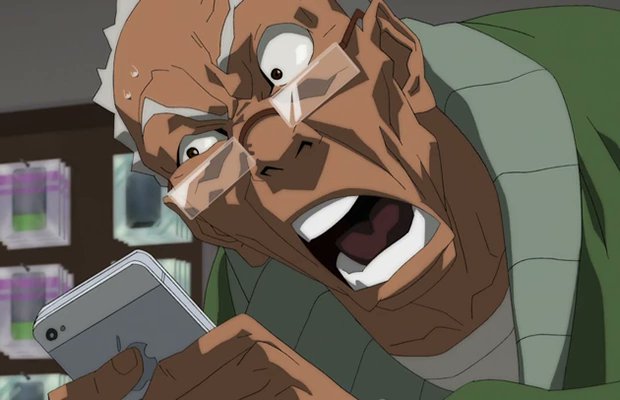 Agreed, all id do now is put the movement speed back to how it was at 650 and leave it the ■■■■ alone

But it’s like we get a new game every couple of months.

I agree but the current state IS NOT THE RIGHT ONE.

Shots do not work half the time.
I understand they slowed the slide speed but tht DOES NOT EXPLAIN why everything else is SLOW AF and unresponsive. Why is it soooo hard to move around now.
It was not like this pre operation 4. And it just keeps getting worse

pick 1 tuning and then put all your effort into making it perform consistently : no sponged shots, no double-wide gib range for laggy players, no getting shot when you’re behind someone

Problem is THEY ARNT CATERING TO EVERY PLAYER. They are catering soley on the people tht want this slow af slide movement, delayed inputs, sticky wall players.
I am personally sick of it.
Why does it seem everyones voice is heard EXCEPT MINE

I Should have some kind of clout.
Been playing and dealing with all the bs since E DAY
Ive spent unreal amounts of money on products for gears
Ive bought a freaking xbox 360
, xbox one
, xbox one x ,
an elite series 1 controllers( mulitple)
. A elite series 2 controller ( 2 of them)
Solely for gears of war
Ive watched every single esports gears majors and a majority of their regular streams. Ive watched all their developers steams
Ive bought their esports skins
Ive bought their rockstar promotion bs( only thing i got from that was a SERIOUS GUARANA ROCKSTAR ENERGY DRINK ADDICTION , HELL IM LITERALLY DRINKING ONE NOW AS I TYPE THIS)
I HAVE ALL there SPECIAL EDITION HARD COPY WALK THROUGH books (even judgment.
I bought a 600.00 gaming monitor solely for gears ( yes i know. Im using it for other game also but gears was thee main reason.

I cant tell you how many gears action figures i have

I bought their gears comics and all of their variants
I bought multiple gears novels
I have gears of war sweat pants, zip up hoodie , a regular gears 5 red and black hoodie. Hell i even have gears of war boxers ( dont even know how the f c k i got them) i have countless gears tee shirts
I have a few pop gears action figures and i know im missing a bunch if other crap. Thats just off the top of my head.

So yea
Honestly id expect some kind of clout.

Ive been putting up with ALOT of bs and it seems ALL FOR NOTHING. SO i do feel a bit JADED honestly.

Do i have to become one of thee content creators and voice my opinion also.

I F C KING LOVE THIS FRANCHISE but man. Its sooo disheartening to see this game continue in a downward spiral with no end in sight.
Op.2 was the best this game played mechanics wise. The complaints were for new maps ,content and fix the ranking. Not continue to mess with the mechanics of the game

If the community was a fence, TC would be riding it. The only problem is that we (the community) are a pretty vicious barbwire fence, and straddle it enough and you’ll get neutered.

@Link23809 I agree with your points here

regarding the gnasher at the end of OP3 I think the gnasher was on point… if they could stick with it and just let it fly that would be awesome .

regarding the maps well you already know what I think, it would be great either to add more or give us the horde map editor and with that I would feel I live on LAS VEGAS.

its great man seeing you here once again, I haven’t seen your posts in a while.

This would be a dramatic shift. It’s getting out of hand. Even Custom Lobbies are now confusing. Assist Enabled, Assist Disabled, Beta Preview, Classic. How about one option called “Play Gears”. Smh.

No one could’ve said this better

I think that is TCs biggest obstacle. The gears community is so toxic and demanding at times, I honestly think theres no pleasing us as a whole. Gears is slowly becoming even more niche because TC cant grow the fan base because lord forbid they change or add something.

Another rarity that is us agreeing, Link. 100%.

To me it freshens things up. If you really think about it, the overall gameplay does stay consistent. We still see wall bouncing, straffing, gnasher battles, fights for power weapons, etc. How those happens and their effectiveness have changed for sure:

They have a beta playlist for a reason and all changes that have been put in have been for the most part well received. I would agree much more with you if the beta playlist wasn’t in play.

Prefer this gnasher to launch gnasher. There are a couple whiners here about ghost shots, but from my experience I haven’t been affected by them.

I also just think this is what online multiplayer gaming is at the moment. There will be weapons, mechanics and strategies that can become very malignant forcing change by the developers to keep things steady and more pleasurable to play. Every game I have played in the past 2 years does this.

Plus, people over estimate the amount of change that has happened. I think there really have only been less than 5 BIG changes since launch. The biggest being the most recent one with OP4, followed active removal of lancer and adhesion. Others include the changes To markza and boltok and flashbangs that while may be somewhat big, aren’t really game breaking

If deciding on a tuning and sticking to it fixes hit detection then have it because they really need to fix hit detection above all else. I am tired of hitting someone point blank and nothing.

You are right. It doesnt matter if they tune the weapons to perfection. If the hit detection and netcode is the problem, no amount of bandaids with fix it.

Yep its rampant as hell in ranked. As far as I am concerned VS is completely broken until its fixed. Its impossible to enjoy it when I have a point blank shot but the game has decided not to count it and now im dead from a shot that wasn’t point blank lol.